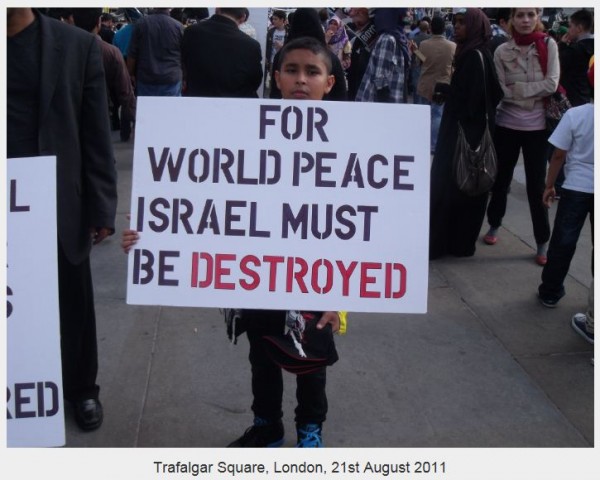 I have received a surprisingly large number of emails of support from people outraged at the anti-Israel academic boycott passed by the American Studies Association.  Almost all of those emails come from new readers.

The question many of them ask is what they can do to help me not only in the challenge to ASA’s tax-exempt status, but also to oppose the boycott.

Readers can take action themselves by contacting University Presidents and Trustees for those 83 universities who are Institutional Members of the ASA, as well as the head of the university sytem for state institutions.

Institutional Membership lends the good name of the university to a boycott that is anti-academic freedom and that subjects visiting Israeli scholars and faculty who hold joint appointments to discrimination on the basis of national origin.  Those memberships also likely reflect that university funds are used to support faculty participation in ASA events, ASA’s main source of revenue.

I will be writing today to the President of Cornell University, whose Cornell-Technion campus being built in New York City will be subject to the boycott and whose visiting Israeli scholars and joint appointees will be subject to discrimination by ASA on the basis of national origin.

I also think it is appropriate to contact Senators, Congressmen, and Governors (for state university systems who maintain an Institutional Membership) since taxpayer money is used to subsidize participation in ASA events.

It would be nice to have a single contact list, right? That’s where you can help me.

We don’t have the staff here or the resources to devote to pulling together the contact information for the 83 Institutional Members of ASA.

So if you want to help, please post in the comments the contact information (full name, title, address, e-mail address) for the University President, Chair of the Board of Trustees, University System President (if applicable), and politicians in states whose state universities are members (Governor, Congressman for the District, Senators).

I can’t predict the likelihood of success.  Already Penn State Harrisburg has announced its intention to withdraw membership, although it is unclear if funding still will be provided to attend ASA events.

It will be interesting to see what the ASA institutional membership roll looks like at this time next year. It will take about that long to see which institutions may decide to withdraw from the association (and which others, if any, may decide to join).

Indeed, I’ve already heard from folks who say that they plan to drop their institutional membership because of the boycott vote. It’s too soon to say that an exodus has begun, but there is some real discontent out there.

It will happen only if good people speak up against this travesty.

UPDATE/NOTE 12-25-2013 — Many schools have responded, please check the List of Universities rejecting academic boycott of Israel. Focus the effort on those which have not yet made a statement.

Also, StandWithUs has a resource page with sample letters and addresses.

For Maryland and UMBC – here is what I found:

“Jay A. Perman, MD, was appointed president of the University of Maryland, Baltimore (UMB) effective July 1, 2010….”
– the whole leadership list is here. No specific contact information is on the site that I can find thus far, although these contacts may be of some help. The general university contact info. is at the bottom of these pages.

The Board of Trustees information is here , which includes the Chair and other contacts.

The governor of Maryland is Gov. Martin O’Malley; here is the page to contact him via email. Direct contact by letter would use the address at the bottom of the page.

US Senators are Barbara Mikulski and Ben Cardin.

According to this page, it appears that the House representative for the Baltimore area is A. Dutch Ruppersberger.

Hope this is just one of MANY comments that will get you the information you need!

ohhh Pearman is a relative of mine. I am sending him an email too.

Long list of trustees. Here are a couple good ones (Big donors to Jewish organizations, etc):

(Temple U. is a state school. Governor and senators also for Carnegie-Mellon, Lehigh and Dickenson.)

Here is University of Caifornia.

CSULB President:
Donald J. Para (interim president, as of May 2013)

I see that an enterprising and dedicated attorney is advertising pro bono services to New York’s ASA members because “ASA’s recent actions may be subject to a court challenge by individual members of the organization.” Your search engine will take you to the web-sites that carry his contact information.

In case you want to join the ASA

or read up on the 82 postings related to Israel via https://www.google.com/#q=site:http://www.theasa.net/+israel&start=0

http://www.theasa.net/caucus_activism/item/academic_and_cultural_boycott_campaign/
– On behalf of the Department of Ethnic Studies at the University of Hawai‘i at Mānoa (UHM), I write to give our department’s collective endorsement of the ASA resolution in support of the Academic Boycott.
– The Resolution to Support the Boycott of Israeli Academic Institutions was voted upon and passed at the general business meeting of the Association for Asian American Studies (AAAS) Conference in Seattle.
– wholehearted support for the ASA resolution to endorse and honor the Palestinian [?] call for a boycott of Israeli academic institutions
Professor, American Studies
Interim Chair, Cultural Studies
UC Davis
– We, the International Working Group of the Critical Ethnic Studies Association (CESA), write to express support for your recent actions to discuss and decide upon the Palestinian [?] call for boycott of Israeli academic institutions

It is not even an American Studies group…Oy, and they voice support/ Pathetic.

We are all Israeli scholars now …

I attended the U of Hawaii one blissful semester, so here’s the U of H.

Might be nice for LI to email a letter to each ASA member university president.

Take that list of all member universities and put a placeholder under each name for their response. Their justification for action/inaction will be on public record.

University presidents who refuse to respond should then have their phones rung off the hook by LI readers.

For world peace, Iran, Saudi Arabia, and Islam ought to be destroyed.

For the University of Texas at Austin:
Directory Information for William C Powers

Here’s the contact info for the president of the University of Delaware:

Chair of the Board of Trustees: Same as CSULB

Since I live in Oregon, I decided to check with the president of Willamette University about this. He responded very quickly in a friendly and open manner, and said that he had checked into this and that WU was not an “institutional member” of the ASA.

I suspect that the listing of WU is bogus on the part of the ASA, and I suggest that any further communication with WU about this would require more specific information about how WU came to be on the ASA’s list.

Chair of the Board of Trustees
Members: http://about.usc.edu/administration/board-of-trustees/
Chairman: Edward P. Roski Jr.
email: Could not find
Address: Could not find

Note: This is an Interdisciplinary Program at Stanford University

Board of Trustees
Members: http://facts.stanford.edu/administration/#trustees

note: Green Library is the largest Stanford University library,
and contains collections in the humanities, social sciences, area studies, and interdisciplinary areas. Green also has the longest business hours on campus and is a popular research destination for scholars of all disciplines.

See Stanford info in post above on American Studies Program.

Board of Trustees
members: http://www.nd.edu/about/leadership/board-of-trustees/

Board of Fellows
members: http://www.nd.edu/about/leadership/fellows/

Can something be done via the very establishment American Council of Learned Societies, of which the ASA is a member?
The chair is Georgetown provost James J. O’Donnell,
his email is [email protected]

from Stephen Thorsett
Before diving into the substance of your concerns, let me first report that I don’t think we are an “institutional member” of this organization in any real sense. I have asked our financial folks, who say that we last reimbursed a faculty member for an individual membership in 2005. (We’ve only checked credit card reimbursements back to 2011.) We do have a faculty member serving on the board of an encyclopedia project at JHU Press that is sponsored by ASA, but so far I’ve turned up no other relationships. Your email was surprising to me, since as an institution we don’t, as a general practice, join external scholarly disciplinary associations, except in certain partnership situations (e.g., groups like the Organization for Tropical Studies, with its support of collaborative research in remote locations, come to mind). Most likely our library subscribes to their journal(s); perhaps that is the source of the confusion?

Obviously Willamette does not intend to monitor or restrict faculty in their personal memberships or their own activities and voting records within external scholarly organizations. Nor do we intend to restrict student or faculty activities in any particular regions of the world (except through our policy of relying on the travel advice of the State Department). We are glad to have had strong collaborations with academics in Israel in the past, and we will continue to do so in the future. Despite your concerns about American academics “policing” compliance with a boycott, I have never received any request from any faculty member here (or at my previous institutions) asking me to support a boycott of Israel, nor would I be receptive to such a request. My own personal views on boycotts and more generally on the inappropriateness of groups of faculty telling other groups of faculty what or how or where they should or shouldn’t be allowed to teach or research are well known.
I’ve done more investigating. It appears that the institutional dues are included with the journal subscription, so this seems to be a publication acquisition decision, made at the faculty level, not a question of institutional endorsement. I don’t plan to get involved in matters of selection of journals and other library materials.

He is wrong, and I have written to him. Institutional Memberhip is not needed to get the publications. Individual Members get them for free, and they can be ordered for the library from the printer.

Confirmed with him that all they have is a subscription via Johns Hopkins Press, no knowledge of membership in ASA.

If you right click and “view page source,” you can usually (not always) find the actual email address in the form.

College of William and Mary

Note: Franklin has a lousy website. Difficult to find any useful info. They want you to connect on Facebook. Can’t find email addresses for anyone in charge. But they’ll gladly take your $26,000/year to “educate” your child.

Note: Must create a GW account to see most email addresses

Centre for the Study of the United States

Board of Trustees
Board of Advisers

note: Another annoying website, hard to find email addresses, use Faculty & Staff Directory, then click on “Staff Only” or “Faculty Only”

Board of Trustees
Website
Please review the site and share any comments you have with our Board Secretary, Joan Benulis at:
Email: [email protected].

Board of Trustees
Board of Regents
No contact info

note: Difficult to find contact info. Why would anyone spend so much money to send their kid to a school which hides its administrators?

note: (Wiki) Sophia University is a private research university (Catholic) in Japan, with its main campus located near Yotsuya station, in an area of Tokyo’s Chiyoda Ward.

Note: Half of site is in Japanese; gave up.

Board of Trustees
none?

U of Iowa (public)