First Israel boycott shoe drops, how many more will follow? 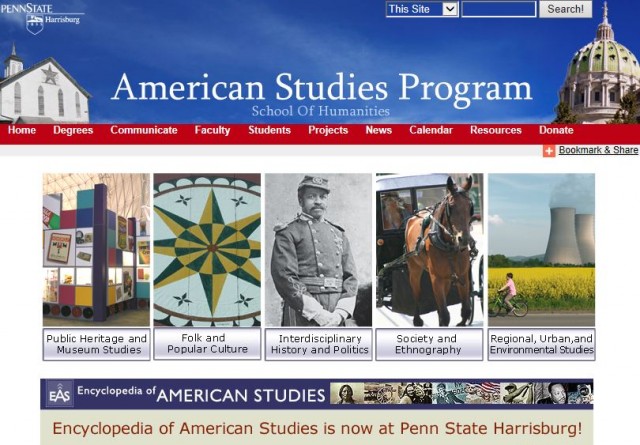 Earlier today we published the list of universities which maintain Institutional Memberships in the American Studies Association.

Those memberships lend prestige and legitimacy to the ASA, and likely generate substantial revenue for ASA by funding faculty participation at ASA meetings, its primary source of revenue.

In light of the anti-Israel boycott approve by ASA, we called upon those universities to “decide whether they will become accomplices.”

One university has answered that call.

Penn State Harrisburg will be dropping its institutional membership.

Dr. Bronner is a prominent member of the ASA, in 2011 becoming Editor-in-Chief of the Encyclopedia of American Studies, a publication sponsored by the ASA.

Dr. Bronner provided me with the following statement:

It will be interesting to see if other universities drop their institutional memberships.  Leadership by the Presidents of these Universities may be necessary as membership decisions often are made at the departmental or academic unit level.

A much tougher fight may be to convince University Presidents to heed the call of former Harvard President Lawrence Summers to curtail financial support for participation in ASA events.

UPDATE:  Dr. Bronner has asked that the following statement also be posted on his behalf:

As a prominent program in American Studies concerned for the welfare of its students and faculty, Penn State Harrisburg is worried that the recent actions by the National Council of the American Studies Association (ASA) do not reflect the longstanding scholarly enterprise American Studies stands for. The withdrawal of institutional membership by our program and others allows us to be independent of the political and ideological resolutions issued by the ASA and concentrate on building American Studies scholarship with our faculty, students, and staff. There might be alternative organizations forming in the future that better represent the field of American Studies. When and if that occurs, we will re-examine our independent position. In the meantime we view this move as one intended to protect students and faculty from opprobrium as a result of the ASA’s claim to represent scholars of American studies.

Perhaps those that actually practice the mission as stated in by the ASA, and opposed to its use for politics to engage in discrimination, should for a new association, dedicated to academic principles that seek to to educate as the primary purpose.

Respect and appreciation for what you and Dr. Bronner and Larry Summers and others are doing, but it seems futile to me.

The far left has used intimidation on campus for so long that those who might be inclined by intellect or morality to oppose this travesty probably don’t see it as worth the risk of reprisals.

Like any parasite, the far left can only be controlled by cutting off its source of feeding. Get federal money out of higher education, and the political nonsense theater the left has been putting on the last 30 years or so will no longer seem so amusing when institutions have to fund it themselves.

Thanks for covering this.

I am glad there is at least one institution who is standing up against this.

It will indeed be interesting to see how this goes.

Penn State-Harrisburg dropping its ASA membership | The Future of American Studies | December 18, 2013 at 7:32 am

[…] I posted my most recent entry, I realized that one institution has already come out and publicly stated its intent to drop its institutional membership in the American Studies […]

This is great news. May God grant the seep become a raging flood.