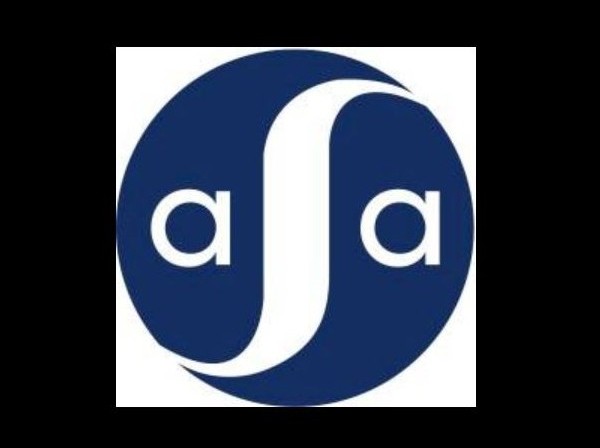 As I have previously indicated, I believe the anti-Israel academic boycott resolution of the American Studies Association calls into question ASA’s 501(c)(3) tax exemption.

Voting on the resolution ends at 11:59 p.m. on Sunday, December 15.  If the resolution passes, I intend on challenging ASA’s 501(c)(3) status through IRS procedures.

To that end, I have retained one of the leading practitioners in the field of charitable organizations, Alan P. Dye, Esq., to file a challenge to ASA’s 501(c)(3) status if the resolution passes.  We expect to file the challenge prior to year end, if not sooner.

ASA’s anti-Israel academic boycott resolution calls ASA’s 501(c)(3) status into question for many reasons, including but not limited to the act of engaging in an academic boycott not satisfying the requirements of 501(c)(3) of the Internal Revenue Code that an organization must be “organized and operated exclusively for religious, charitable,…or educational purposes…”  An academic boycott, which clearly is a substantial activity of the ASA and will be for the coming years, does not satisfy this test.

In addition, the anti-Israel boycott arguably exceeds ASA’s legal purpose as set forth in its bylaws, among other places, used to obtain that tax exempt status:

The object of the association shall be the promotion of the study of American culture through the encouragement of research, teaching, publication, the strengthening of relations among persons and institutions in this country and abroad devoted to such studies, and the broadening of knowledge among the general public about American culture in all its diversity and complexity.

The ASA boycott also arguably is unlawful under the NY State Human Rights law, and possibly other anti-discrimination laws, in that it discriminates on the basis of national original and religion.  Indeed, a letter opposing the resolution signed by numerous ASA members including 7 past Presidents notes:

In no other context does the ASA discriminate on the basis of national origin—and for good reason. This is discrimination pure and simple. Worse, it is also discrimination that inevitably diminishes the pursuit of knowledge, by discarding knowledge simply because it is produced by a certain group of people.

Adopting an unlawful and/or discriminatory academic boycott resolution and acting on that resolution calls ASA’s 501(c)(3) status into question under IRS guidelines.

There will be additional reasons set forth in our filing.

What our challenge does not do is focus on ASA’s advocacy or speech.

As I stated before, ASA can spew all the venom it wants at Israel, but once it becomes a participant as an organization in an academic boycott of Israel based on unlawful and/or discriminatory grounds, ASA has ceased acting for charitable or educational purposes and is not entitled to the tax preferences that come from 501(c)(3) status.

Good. You have one reader’s thanks.

From what I remember the ASA was a pernicious and annoying group on campus. The major clubs as well as student government and their members were lobbied often by them. I do recall getting the distinct impression of SCAM from their work.

They’re a “studies” organization — “studying American culture”. They’re the softest of the softest fields, and I suspect their focus is much like Obama’s focus was as a “Constitutional scholar” — how to tear down what they study.

Good luck, Professor. It would be poetic justice for them to be held accountable under the same standards they have routinely exploited.

Yes, take Alinsky’s advice and demand that they live in accordance with their own rules.

It will be interesting to see what the IRS does with this. They’ve been more than happy to act as Obama’s thugs when it comes to conservative groups. Will they be as aggressive in going after a loony leftist group?

Thanks. You’ll be going up against a politically contaminated IRS and our anti-Israel president.

Yes, but if not the good professor, who then? Otherwise, the ASA Marxists are free to run over those of us who know odds are against us and don’t speak or act. (I don’t mean you … I read your post as a warning re: the stacked deck.)

And a suit would rally heretofore unknown allies.

I thought Ted Cruz’ filibuster against Obamacare was brave and right action. He was speaking above the cluster**k of the DC parasites to reach citizen Americans –to engage those already aware of the Obamacare disaster but especially to plant foreknowledge of the calamitous outcome for the future when the “Affordable Care” Act affects currently unaware individuals … and will give some an idea of what, why and who caused the bottom to drop out of the care for their health.

Plus… what’s with boycotting a piece of ISRAEL??? Of all places on Planet Earth to attack???!!!

And it will take Obama’s IRS ten minutes to decide it’s acceptable. Most of that time will be spent considering where to have lunch.

Absolutely the correct thing to do. If these so called “non-profits” want to play politics, then they should get the same treatment that actual non-profit TEA party organizations got..

What is your reading material?
Do you associate with National Socialists?
Do you support or defend HAMAS or Hezbollah?
Do you intend to community organize?
Define ‘Indoctrination’. Do you educate or indoctrinate?
How long has your organization been involved in BDS activities?
Has your organization ever engaged in political activities before?

Cook their tax exempt goose before the holiday season ends…

Honest question… why wait for them to PASS the resolution?

As I understand it, the Board of Directors debated the matter, and found it worthy enough in the eyes of the ASA Board to bring the matter to a vote. Would that not be enough of an action to disqualify them under their own charter and the IRS Codes?

The only “fair” tax exemptions are having no exemptions at all or making them all universal. Exemptions are just extra taxes on those who don’t get them. Some are secured by the powerful through their influence or donations or both, others secured by larger groups by virtue of their collective power (mortgage interest deductions, child care tax credits, etc.) being sufficient to discourage attempts to take them away.

Taxation should be a revenue function of government, not a policy function. The behaviors the government wishes to reward, encourage, or punish should be addressed directly through statutes if the government rightfully has the authority to do it, not through the back door of financial incentives with taxpayer funding.

Some form of Flat Tax most closely fits the bill, and has the added benefit of eliminating the need for 90% or more of IRS employees.

If it’s possible for me to admire you even more, Professor, then this does it. Thank you and I hope more of us are inspired by your example. It’s easy to moan and complain; but actually taking action is something we should all do whenever we see the opportunity. And often we don’t, because it’s inconvenient.

Bold and impressive. I just kicked in a few bucks at the donate button on the right column of this blog. It would be quite ironic if you could form your own 501c3 to take tax deductible dollars to fight anti-semitism and use those dollars in the ASA challenge.

Good luck with this, I support it completely. Do you have legal standing to challenge them?

Anyone does under the Whistleblower program. It’s not a court suit seeking damages.

Will you get the anti-defamation league to join forces?

[…] Others vilified the decision and said that it had abrogated the ASA’s U.S. 501(c)(3) tax exemption charter, which does not allow non-profits to take political positions. William A. Jacobson, Clinical Professor of Law and Director of the Securities Law Clinic at Cornell Law School, and the author of the LegalInsurrection.com blog said he, with the help of tax lawyer expert Alan P. Dye, Esq., Partner at Webster, Chamberlain & Bean, LLP, would challenge the ASA’s status because of the vote. […]

Good Luck! Were counting on you

[…] also Tax-Exempt Status of American Studies Association to Be Challenged – William A. Jacobson ASA can spew all the venom it wants at Israel, but once it becomes a […]

I commend Mr. Jacobson’s effort we must do everything to stop anti semitism that is now out in the open in the U.S.A.

[…] In response to the approval of the boycott, Prof. Jacobson proposes challenging the tax-exempt status of the ASA: […]

[…] also Tax-Exempt Status of American Studies Association to Be Challenged – William A. Jacobson ASA can spew all the venom it wants at Israel, but once it becomes a […]

This is all kinds of pure awesome because it totally ruins the seductiveness of BDS as a platform to delegitimize Israel. Adopting the BDS resolution cost the ASA nothing (were they ever really going to attend an American Studies conference in Tel Aviv?), but gives them a voice to spew hate.

I think it’s important to go after ASA from every possible angle, hitting their membership, their tax exempt status, and their legal standing as hard as possible. Organizations need to know that if they sign on to BDS, they should expect an automatic IRS audit. And further, that signing on to BDS will probably mean a drop in membership, revenues, and standing. Signing on to BDS needs to cost an organization something tangible. It’ll never stop the truly committed bigots, but it’ll definitely give the casual bigots pause.

How do I help? Whom to I send money to? Whom do I volunteer with?