Oorah for The Cornell Review

Oorah for The Cornell Review 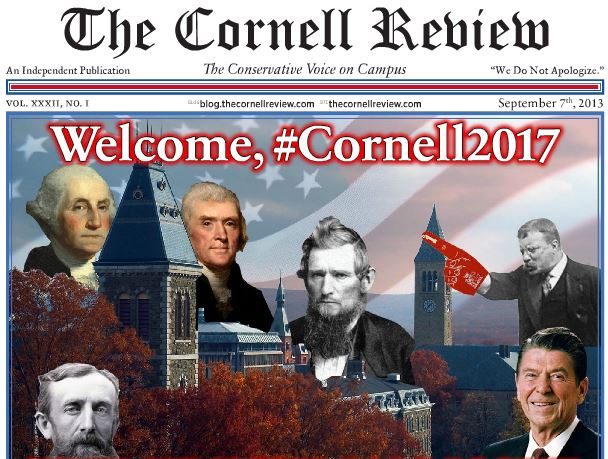 The Cornell Review, the conservative newspaper on campus, has a long history of serving up great interns for Legal Insurrection.

You may remember Kathleen McCaffrey who was the first Legal Insurrection writer (other than me) and to whom we bid farewell in May 2012 after 1.5 years and over 300 posts (and who recently got married, congratulations!); Michael Alan (who wrote from time to time, and also took the video of the Syracuse Honor Flight return), and of course, Laurel Conrad our current intern, and President of the Cornell Review.

So it is with much pleasure that we note The Cornell Review has received the Buckley Award from the Collegiate Network, part of the Intercollegiate Studies Institute, which supports conservative students on campuses around the country. 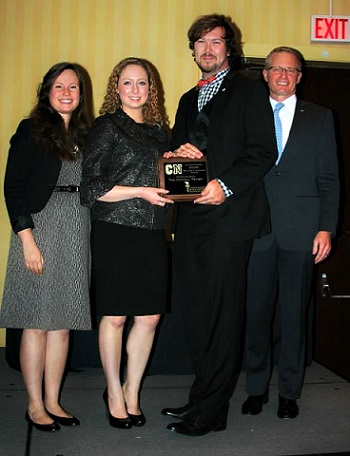 Here’s the statement read at the award ceremony:

“Our next award is the coveted William F. Buckley Award for Outstanding Campus Reporting. The winning paper has reported on campus affairs thoroughly and conscientiously, and they have even influenced campus dialogue a time or two. In February, the winning paper received widespread media attention when they launched and reported on the impact of an online petition to stop the university’s plans to create a diversity requirement. The requirement indicated that each student, regardless of major, would have to take diversity classes to increase their appreciation for “social justice”. Their reporting drew a national media spotlight.

This paper also hosted and moderated the Student Assembly Presidential Debate. At the debate, this paper’s editors in chiefs and president were able to ask the candidates tough questions, thus establishing and guiding the dialogue of the debate. Numerous leaders and students on campus attended the event, which gained this paper a larger amount of name recognition and stature.”

When I see the hard work these students put in, and the courage they show to stand up as conservatives on campus, it gives me hope.

Congratulations to all! Bravo!! 🙂

Well done! Excellent work! And I appreciate their courage in resisting the mind meld that colleges seem to be these days.

The keyboard is mightier than the shout-down.

Congratulations, and keep up the good work.

Congratulations to those hardworking Conservatives at Cornell! Way to go guys!

Congratulations ! Your undertaking on an Ivy League campus speaks volumes of you commitment to conservative, non-intrusive government. Hope you find time to help liberate the 23rd district from progressive Martha Robertson’s drive to unseat Congressman Tom Reed this year. She too, has been advocating for a One Payer Government National Socialized health care system and more regulations to remove local and state government with a transfer to Washington. When she speaks, she is a Elizabeth Warren up and comer. Stop Her Now..at least you can help contain the damage she intends to inflict on a small number of voters who think she is the savior of Ithaca and Tompkins County, home to Cornell.