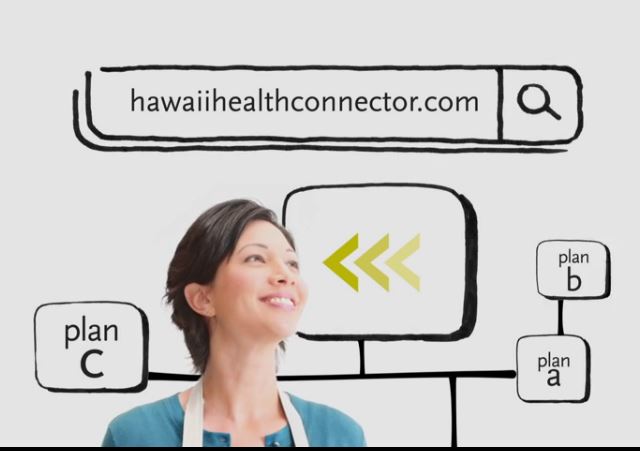 Hawaii did not submit its Obamacare enrollment numbers in time for the release on Wednesday.

Only 257 individuals in Hawaii have enrolled in health-insurance plans through the Hawaii Health Connector as of Friday, a spokesman confirmed to Pacific Business News.

That figure comes two days after the U.S. Department of Health & Human Services released an updated enrollment report that found only 106,185 Americans have selected health insurance plans through the online health insurance exchanges out of 846,184 completed applications.

Hawaii was one of three states that did not submit enrollment numbers in time for that report. But the state did share in that report that there have been more than 1,750 completed applications, more than 2,370 individuals applying for coverage and 1,156 eligible to enroll….

The Hawaii Health Connector held a meeting with its board of directors Friday afternoon that was aired live on the Hawaii Health Connector’s YouTube channel. Some concerns and suggestions mentioned at the beginning of the meeting included a complex, long application process averaging 40 minutes, as well as needed improvements to the website to improve navigation and make it more user-friendly.

From Oct. 1 through Nov. 9, 1,605 applicants were deemed eligible to enroll on the Connector and 180 actually selected medical plans, Connector deputy executive director Eric Alborg said at a board meeting on Friday. But from Nov. 9 through today, an additional 77 signed up for health coverage, he said.

In addition, 113 employers have submitted applications on the exchange, though no employees have selected a plan as of yet.

“We wanted to provide the board of directors and public the most up-to-date figures,” he said….

Hawaii was the last state in the nation to go live with health plans on the exchange after failing to launch at the start of open enrollment on Oct. 1. It did not go live until Oct. 15 due to software problems, which continue to plague the online marketplace….

Between 25,000 and 30,000 Hawaii residents with individual plans and 140,000 people covered by small business policies had been notified their medical plans will be canceled or altered on Jan. 1.

State Insurance Commissioner Gordon Ito said today that he is urging Hawaii health insurance companies to continue offering plans that were slated to be scrapped by the end of the year.

By contrast, 261 Congressmen voted for the Keep Your Health Plan Act, including 39 Democrats. Hawaii Democratic Reps. Colleen Hanabusa and Tulsi Gabbard voted No.

Just goes to show, folks can’t be expected to understand what’s good for them, nor how to obtain it. For example, you can’t expect them to obtain ID in order to vote, right? We need another layer of bureaucrats who can go door-to-door to enroll them. Or better, just make enrollment automatic with opt-out for those with employer provided insurance. Or better, go single payer. Yeah, that’s it.

Why does the title of Hayek’s seminal work “The Road to Serfdom” keep running through my mind?

“I am sorry Mary Landrieu, I’m not going to be put into a situation based on the sorry-assed assurances you have given me”

We’ll manufacture all the Assurances till you get your fill!

EVERYONE JOIN IN ON THE CHORUS NOW!

Professor, don’t want to nitpick, but it’s the Honolulu Star-Advertiser. The two (lousy) Honolulu newspapers, the Star and the Advertiser, merged a few years back.

The problem is definitely the website and the bureaucracy. I was a beat cop on Oahu and there were more homeless on one beach on the west side than have applied so far! I’m surprised only a few over 1,000 are eligible so far.

However, I can tell you a LOT of those homeless will be hard to convince to apply for Obamacare. Not that they don’t want free health care, but that they won’t want to deal with the onerous application process. We tried to get them off the beaches into the shelters, but many refused to go. They didn’t want to follow the shelter rules.

The problem is obamacare, not just the website/bureaucracy.

The “Problem” Started with a Crappy Idea,
that was Zero solution to anything!

KITV Saturday 16th November, 2013
The number of Hawaii residents who may lose their current health insurance plans could be as high as 170-thousand! Today Hawaii’s insurance commissioner asked the state’s five insurance carriers to continue offering plans that don’t meet the requirements of the president’s Affordable Care Act. KITV4’s Andrew Pereira joins us with new information. Andrew? Yunji, Paula… complicating matters is what this all means for the Hawaii Health Connector. If you like your health insurance plan, you may or may NOT be able to keep it. According to Hawaii’s insurance commissioner… 25,000 to 30,000 indivi..
– See more at: http://www.hawaiitelegraph.com/index.php/sid/218437016/scat/6b17ec7a35065289#sthash.iaer1QqK.dpuf