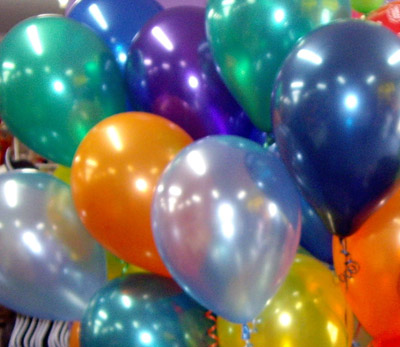 In the midst of a “government shutdown” diatribe and immigration reform fizzles,  a key bill quietly passed in the Senate by a huge margin that was actually quite important to many Americans:

Producers of high-tech products from MRI scanners to semiconductors are breathing a sigh of relief after U.S. lawmakers acted on Thursday to prevent the shutdown of a 90-year-old helium reservoir in Texas.

The U.S. Senate vote was hardly a squeaker, at 97-2, to keep the Federal Helium Program running past its scheduled closure on October 7.

The House of Representatives voted earlier in the year to keep the reserve running, but without action in the Senate panic set in, triggering some frantic lobbying.

More than 100 organizations, universities and companies, including Siemens, Philips, Samsung, and General Electric, wrote to Congress last week urging it to keep the reservoir open or risk a disruption to the U.S. economy, putting millions of jobs at risk.

Helium is a key industrial gas, which has a lot of useful properties that also make it a very hard-to-obtain commodity.

It is lighter than air, which is great for balloons…but also a property that allows and easy escape from Earth’s atmosphere.

It is an inert, non-reactive gas, which is useful in applications that must be kept dry and oxygen-free, but that also means helium can’t be “trapped” by forming other compounds and then extracted chemically.

Helium is a by-product of radioactive decay, which is “mined” from underground reserves. In fact, the U.S. Bureau of Land Management’s Crude Helium Enrichment Facility in Texas supplies about 40% of the Helium produced in this country.

It turns out this government intervention is part of the shortage problem.

Where Congress once mandated that the federal government keep a reserve of this crucial gas, it reversed course several decades later. In 1996, Congress moved to privatize the federal helium program, requiring all of the government’s helium supplies to be sold off by 2015. “The legislation in 1996 says we were supposed to get out of the helium business,” says Joe Peterson, the Bureau of Land Management’s assistant field manager for helium in Amarillo. “The hope was by 2015, by the time the reserve was sold down, that new sources of helium would be online and take up the demand. However, it has not happened yet.”

Though new private helium production plants are set to come online in the coming years—including a Wyoming plant expected to open later this year—private industry hasn’t been as interested in producing helium as Congress hoped. Until more companies begin producing helium on their own, consumers are left with spiking prices and tightening supplies.

Under the federal system, those prices are unstable partly because they have less to do with supply and demand than they do about the need for the government, under the U.S. Bureau of Land Management, to pay off the cost of creating the Federal Helium Reserve, according to David Joyner, president of Air Liquide Helium America, who testified before the Senate Energy and Natural Resources Committee in May. Helium prices were set by the BLM based on the amount of the remaining $1 billion debt the government incurred after it purchased its helium stockpile in 1960 and how much of that reserve was left.

Once again, American consumers may be forced to pay excessive prices and/or face a shortage of a critical good or service because bureaucrats have decided to manipulate the “free market”.  It when it comes to promoting a truly free market, Washington politicos are always full of hot air.

“Helium is a key industrial gas, which has a lot of useful properties that also make it a very hard-to-obtain commodity.”

“It is lighter than air, which is great for balloons…but also a property that allows and easy escape from Earth’s atmosphere.”

Pretty sad that our elected officials aren’t even creative enough to figure out how to get out of the helium business.

But, hey, as long as we maintain our high tolerance for debt within those same elected officials, what’s a billion dollars? Staying in the business is surely the lower risk option for getting reelected. What’s the worst case, doubling the billion in debt in another 50 years?

Heh, if Texas were secede, we could hold the rest of the US hostage, eh?

Maybe not a bad idea…

I can see the ads the DNC would run.

Helium prices were set by the BLM based on the amount of the remaining $1 billion debt the government incurred after it purchased its helium stockpile in 1960 and how much of that reserve was left.

The LameStreamMedia should require each politician to take a breath of helium before allowing him/her/it access to the microphone. At least then the sound would match the content.

One would think that with helium being so critical to so many things industrial (and birthday parties and fraternity pranks) that those major industrial consumers of the stuff would have developed their own reserve. But obviously one would think wrong.

They have to be aware at how bad government is at most things; leaving the G to maintain your source of helium borders on folly.

Actually Argon, Neon , Xenon all have the same basic properties.
If I remember correctly at least one is heavier then air.

Also the Earth is constantly being bombarded by solar winds which probably dump more helium then is lost. So it’s not the abundance, it’s the dificulty in extracting.

The helium from the solar wind remains in the upper atmo, and probably gets blown away. What can be collected is a by product of natural nuclear fission taking place underground. Other elements are created, some very radioactive, so some caution is called for.

(Why is the act of collecting something that was never in possession so often referred to as “recovering”?)

America’s “deposits” of helium are located underground. Helium is “mined” whenever oil/natural gas drilling hits a pocket of natural gas. Helium is mixed in with the natural gas and the gas must be processed to separate the helium.