The results of the Reader Poll are in, and the winner was Anne’s attempt to ask Elizabeth Warren a simple question at the Netroots 2012 convention:

“I’m with Legal Insurrection, and I’d love to ask you if you view yourself as a role model to women of color?”

The idea came from Warren’s listing in the 1993 Harvard Woman’s Law Journal as a Woman of Color in Legal Academia.

At the time of the video, Ace noted:

The key is the innocence of it, like you’re really talking to a Woman of Color and just asking her the positive, easy question if she’s a good role model for Women of Color.

Just asking it without snark or sarcasm.  Just as if a reporter would ask it, sweetly, of Michelle Obama.

“I’m with Legal Insurrection, and I’d love to ask you …”

Update — Thanks to Patricia for this: 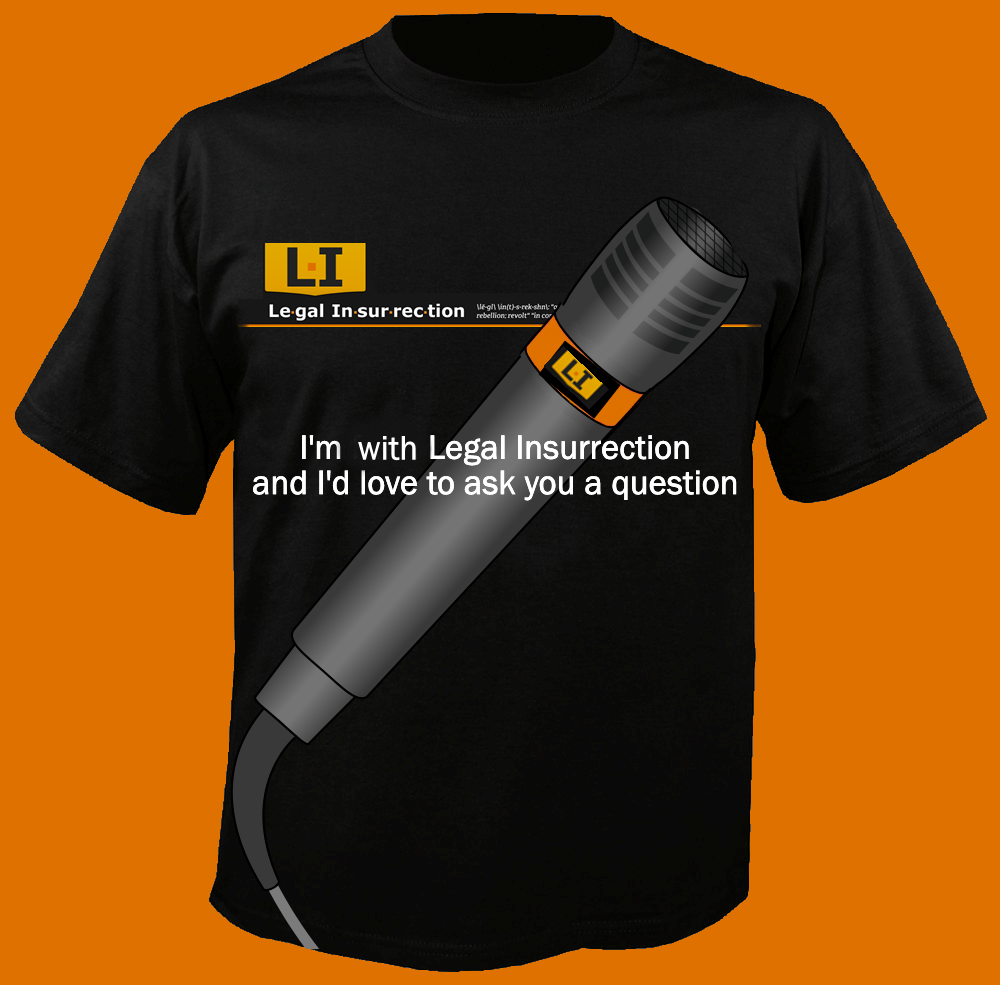 “I’m from Legal Insurrection, and I’d love to ask you …”

Let there be sweatshirts!

She is a role model for women of color.

LukeHandCool (who wonders if devoted readers of LI armed with video cameras at the scene of lefty mischief can be deputized to legally say, “I’m from Legal Insurrection, and I’d love to ask you …”)

Commandeering a posse of pixels and probing questions, Legal Insurrection is leading the charge into 2013. Your videos and posts were amazing, thanks for all you do.

Truth was never or ever will be the results of a poll or of a majority vote. There is One Truth belonging to One True God.

I think I am going to show up as part of the white Cherokee tribe at her next rally. I just need to tomahawk, some drums and a headdress.

I so want one of those shirts!

But she still won the election. Why? How could, what we view as a shameless phony, be making plans to become one of one hundred members of the United States Senate.

She took out a relatively harmless incumbent with ease. What is wrong? How did that happen?

A President Warren is unthinkable. And don’t console yourself by thinking a Senator with only one or less than one complete term is unelectable.