That $3 dinner with Obama may cost you hundreds in taxes

That $3 dinner with Obama may cost you hundreds in taxes

You may want to look this gift horse in the mouth

I have highlighted before the $5 and then $3 dinner raffles run by Obama to get names for his fundraising list.  Other candidates have used such gimmicks, but Obama by far has been the most aggressive, running them for months.

Technically, these raffles are “sweepstakes” because you can enter without paying anything, although at least a $3 donation is encouraged.  This not only adds to Obama’s mailing list, it increases the number of donors and lowers the average donation, both of which figures are used in Obama campaign spin.

This ad I saw online today caught my eye, as it reminded people that airfare was included for the winner.  I had not seen that before, although the airfare promotion may have run before and I just didn’t notice: 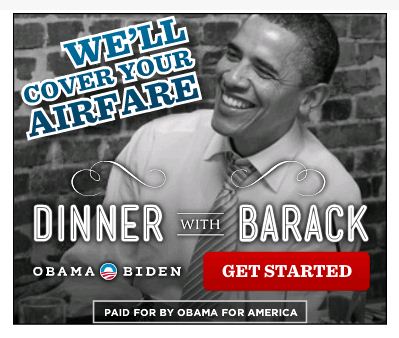 I clicked on the image and it took me to this screen: 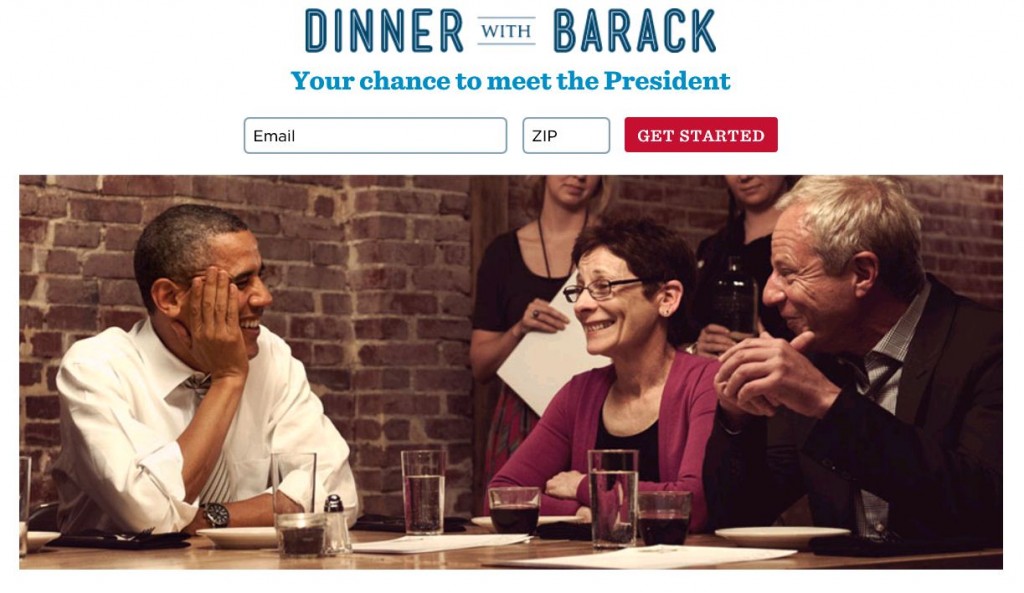 Just below that I noticed this “fine print” talking about “retail value” of the packages.  Hmm, that sounded like the game show prizes, which are taxable:

Then the Dinner sweepstakes rules were even more clear that this might be taxable and that taxes are the responsibility of the winner:

And sure enough, the IRS treats such prizes as taxable ordinary income: 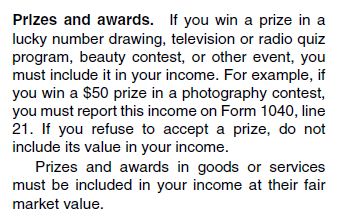 The Obama dinner contest rules break down the “retail value” of each prize at $1600 per package, if airfare is included, and $200 if it’s just dinner:

So, assuming you take Obama up on his offer to “cover” airfare, your taxes could be several hundred dollars, depending on your federal marginal tax rate and any state income taxes.

That $3 sure is expensive, and when Obama says he has you covered, he doesn’t.

LOL. Wow. Professor, this was definitely a Hall Of Fame-worthy catch in deep left field. Awesome.

The gift that keeps on taking.

An addendum here. You will LOVE this one!

Obama Asks People Getting Married To Forgo Gifts, Ask Their Guests To Donate To His Campaign Instead…

(Yahoo! News) — First Lady Michelle Obama will lead the official American delegation to the opening ceremony of the 2012 Olympic Games in London, the White House announced on Friday.

Michelle will march in with the Olympians?

Got a paycheck coming up?

Let your friends know how important this election is to you-register with Obama 2012 and ask your boss to donate in lei of your paycheck. It’s a great way to support the President on your pay day. Plus, it’s a paycheck we can all appreciate, and goes a lot further than a gravy bowl.

Besides all your income(in their minds) belongs to them anyway. What other mindset can they have when they promote the false premise of paying for tax cuts. Give your money to the man who wants to take ever bigger portions of your labor because you need to pay your “fair share”.

They just let you keep some in order to be good little liberation theologists.

After all his priorities are much more urgent than you feeding and sheltering your family. There’s an election to win and a country whose destruction needs to be completed

It’s getting to the point where I’m beginning to believe in order to follow the ‘liberal’ agenda you have to be an economic masochist which is really convenient because the NDSWP hierarchy are grade A economic sadists.

That SOB deserves to get stuck with 5-million blenders and fondue sets!

Also, in his narcissist’s mind, an average person getting stuck paying hundred in taxes is completely worth it. I mean… to his way of thinking, you get to meet and be in the presence of Teh Won. A mere mortal has a chance to breath his air, smell his cologne, laugh at his jokes, hang on his every word and bathe in his aura of goodness and light is worth ten, or even a hundred times the tax liability cost.

Only if you send broken blenders. Otherwise they’d probably have a “White House Garage Sale” as a fundraiser.

I’m so sick of those grifters. Their greed is appalling.

“A conservative is a liberal who got rolled”.

Welcome to the “roller”, all you ROLLEES.

“Promotion open only to U.S. citizens, or lawful permanent U.S. residents who are legal residents of 50 United States, District of Columbia and Puerto Rico and 18 or older (or of majority under applicable law).”

How did they let this slip by them? Limited to legals only?

Since Friday last, that ‘legal’ pool just got bigger. Plus, I guess you also need to include the illegals on the voter roles protected by Eric Holder.

My fantasy is to win this prize and take my alpha dog, Aqua-Velva, with me as my ‘therapy animal’. You know, Lefties eat that sh!t up!

For lunch the day we eat dinner with the prez, AV and me would have a bowl of my highly-evolved and extra-spicy Chernobyl chili (no, chili never has beans!). It doesn’t affect me like it does Aqua-Velva. I mean, with that old pup, it adds a whole new meaning to the concept and act of flatulence dog, and like all dogs, Aqua-Velva can rip ’em and stay totally nonplussed (another reason to prefer canines over people).

I would not take my dog to lunch with Obama.

My lucky day, I can finally unload these babies

Welcome to our first annual [and hopefully, the last] Dog Meat Dinner and someone, or many, get stuck with a sociopath for dinner.

Oops, forgot AND a (It’s Me) photo ID. Plus shipping and handling..

I night out in Detroit sounds safer.

“and when Obama says he has you covered, he doesn’t.”
Sure he does. He just doesn’t say what he’s covering you with.

Plop! Plop! Fizz! Fizz! Oh what a relief it will be…to have a new president.

My God! Your breakdown of the offer with assorted conditions is a goldmine of assorted nuggets. l limit myself to one. l note that unlike when our money or liability is on the line ; he is damned specific when covering his own hindparts. l close noting illegals need not apply.

Well, at the Latino luncheon today, all knives and forks were taken away before The Messiah arrived.

Not that I’d ever enter such a raffle, but the mental image of me trying to cut meat with a spoon is hilarious.

That $3 sure is expensive, and when Obama says he has you covered, he doesn’t.

He’ll probably walk out and leave you stuck with the restaurant bill, too.

[…] your liberal friends: That $3 dinner with Barack can cost them hundreds in taxes (and that’s not counting the tax hikes we shall see if he gets his way). Share […]

[…] Insurrection reports: The Obama dinner contest rules break down the “retail value” of each prize at $1600 per […]

[…] who support him (via Glenn) there is a surprise awaiting them as well William Jacobson (Cornell) blogs the tax consequences of the Obama campaign’s Dinner With Barack fundraising raffle. Three winners and their guests […]

[…] professor William Jacobson notes that : Technically, such raffles are “sweepstakes” because you can enter without […]

[…] William Jacobson of Legal Insurrection decided to read the fine print on this prize package, and discovered that the lucky winner is […]