One of my focus races is the attempt by Republican Brendan Doherty to unseat Democrat David Cicilline in RI-01, my home district.

Cicilline is very unpopular due to the mess he left behind when he was the Mayor of Providence.  While Cicilline was able to hide the problems when he ran for Congress in 2010, the chickens have come home to roost as Providence is facing possible bankruptcy.

While Doherty doesn’t have Cicilline’s name recognition, he was the former Superintedent of the State Police, and has a good, clean reputation.

A poll by a local television station, WPRI, shows Doherty ahead significantly: 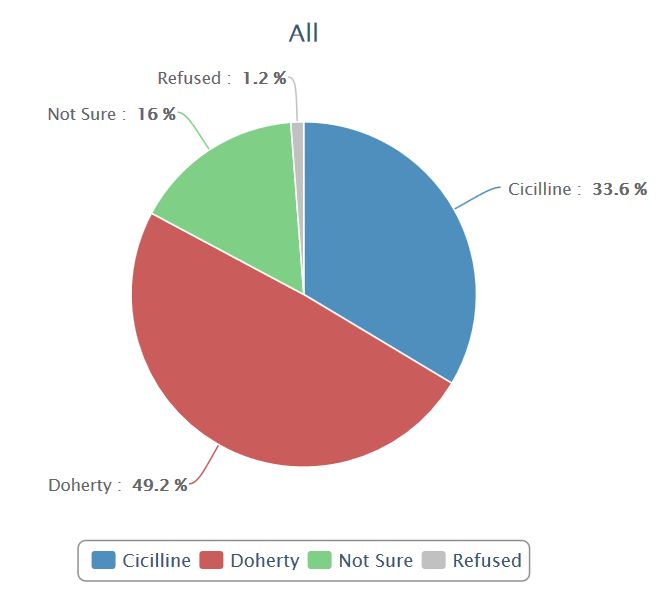 Cicilline is a totally known quantity.  It is going to be hard for Cicilline to improve public opinion of Cicilline, so expect him to go negative on Doherty big time, including another one of Cicilline’s “scare grandma” tours.

The news in the poll was not as good for the Sheldon Whitehouse v. Barry Hinckley Senate race.  Whitehouse came in at 50.1% versus Hinckley at 27.8%, and 19.6% not sure..  The good news is that an incumbent with complete name recognition who has held statewide office for decades (Whitehouse is the former state Attorney General) still barely reaches 50%.  Whitehouse’s favorability ratings are very low both in a Brown University poll and the WPRI poll.

Hinckley is a complete unknown, so I would expect the race to narrow dramatically by late summer.  This is a long shot, but worth the effort.

This is probably better news for Anthony Gemma than it is for Brendan Doherty. Let’s see how RI-01 stands after 24 April.