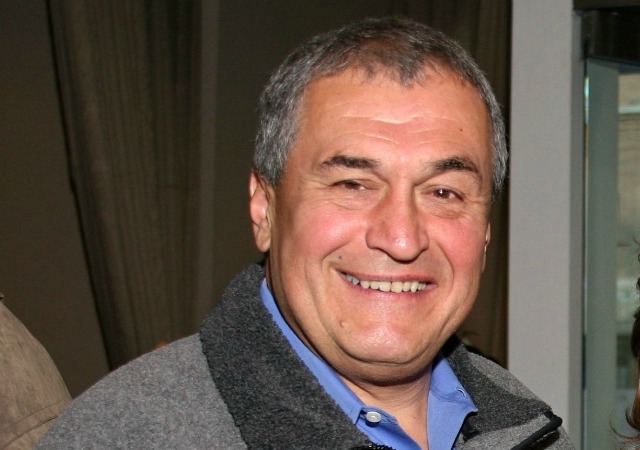 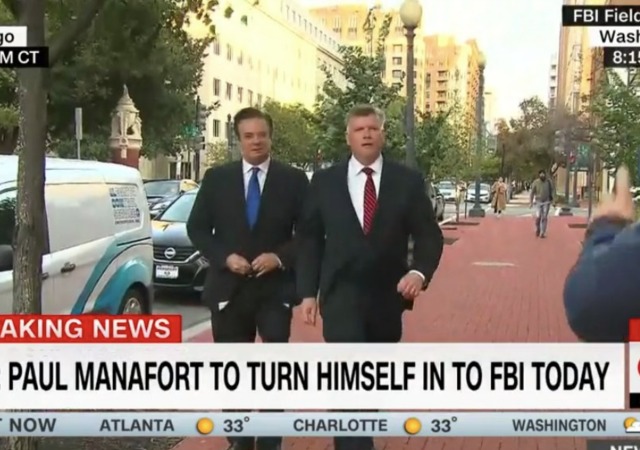 Posted by Mary Chastain on October 30, 2017 42 Comments
President Donald Trump's former campaign manager Paul Manafort has surrendered to authorities at the FBI field office in Washington, D.C., and indicted along with his former business associate Rick Gates on charges of money laundering and conspiracy against the United States.
Read More 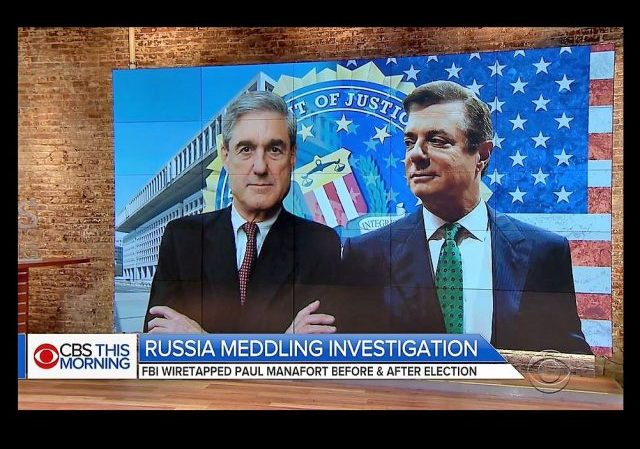 Posted by Mary Chastain on October 23, 2017 15 Comments
Be careful for what you wish for because it may go your way, but it may also come back to bite you. The left has pressured for an investigation to find collusion between President Donald Trump and Russia, but now that investigation has brought in one of their own. Mueller's investigation now includes the Podesta Group, headed by Democratic lobbyist Tony Podesta...the brother of John Podesta, failed Democrat presidential candidate Hillary Clinton's campaign chairman. The inclusion came after Mueller looked into former Trump campaign manager Paul Manafort's finances.
Read More

A warning about Robert Mueller, from a civil liberties lawyer he tried to entrap

Posted by William A. Jacobson on October 21, 2017 26 Comments
It has been relatively quiet lately on the Russian-collusion Democrat-Media leak and rumor mill. "Relatively" is the key word. What once was a sustained campaign of leaks timed to hit every 2-3 days to create a permanent Russia-collusion news cycle, now barely makes a sound. Of course, some Russian collusion is more newsworthy to the media than others, with the Uranium One scandal receiving a tiny fraction of the coverage as completely speculative Trump campaign rumors did.
Read More

CBS News: Manafort wiretaps may have picked up conversations with Trump

Posted by William A. Jacobson on September 20, 2017 34 Comments
WiretapGate keeps getting curiouser and curiouser. A couple of days ago there were reports that Team Mueller told Paul Manafort he likely would be indicted, and that Manafort was wiretapped before and after the 2016 election. Today brings a report from CBS News that those wiretaps took place during the campaign. The media reaction focuses heavily on Manafort having spoken with Russians, but there is no indication about what. What is lost in translation in the headlines is that, according to CBS, conversations between Manafort and Trump may have been scooped up in the surveillance:
Read More

As the Mueller leaks turn: Manafort wiretapped during and after election

Posted by William A. Jacobson on September 18, 2017 43 Comments
It has been a short while since we checked in on how the Prosecutors In Search of a Crime, aka Mueller Special Prosecutor, was doing. A 17th attorney was added, inching Team Mueller closer to the size of the entire U.S. Attorney's Office for the State of Rhode Island and Providence Plantations. Tonight CNN dropped a bombshell. Of course, CNN bombshell's have been duds in the past, so take that into account.
Read More 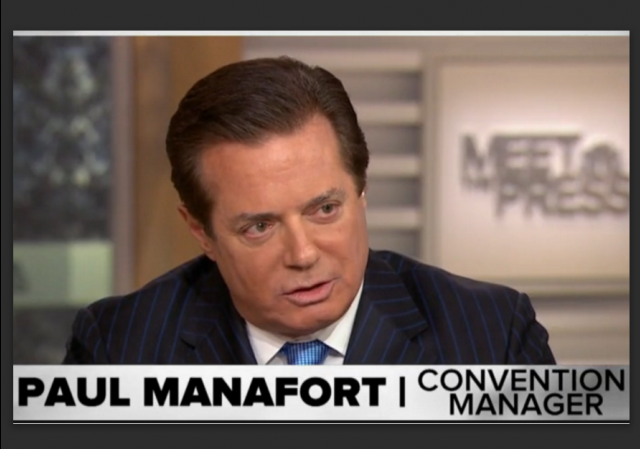 Was Mueller raid on Manafort home an intimidation stunt?

Posted by Mary Chastain on August 09, 2017 63 Comments
I woke up to numerous alerts on my phone about an FBI raid on Paul Manafort's home in connection to the investigation into possible Russian interference in our election. At first, it appeared that the raid happened this morning, but a deeper reading showed it occurred on July 26. An even deeper reading showed that authorities didn't make any huge discoveries. But the media can't help itself when it comes RUSSIA. From The Washington Post:
Read More 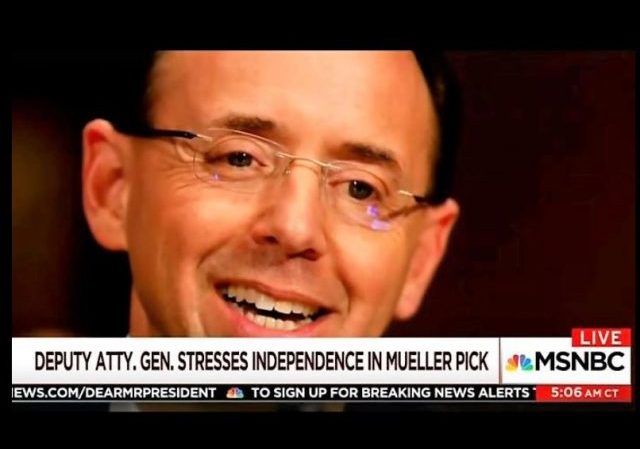 Does Rod Rosenstein also need to recuse himself?

Posted by William A. Jacobson on August 07, 2017 30 Comments
Jeff Sessions, in what so far is the defining event of the Trump administration, recused himself from involvement in the investigation of Russian meddling in the election because of a potential conflict. That recusal set in motion a series of steps that eventually led to the appointment by Deputy Attorney General Rod Rosenstein, of Robert Mueller as Special Counsel. Trump, his family and associates, are caught in an ever expanding inquisition, and There’s no good way out for Trump from Special Counsel quicksand:
Read More 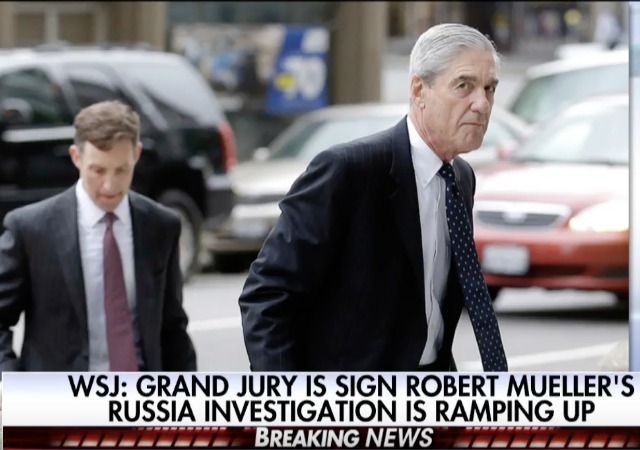 Posted by Mary Chastain on August 03, 2017 35 Comments
Special Counsel Robert Mueller has launched a grand jury in Washington, D.C., for his investigation into alleged Russian influence into our presidential election. The Wall Street Journal reported:

Posted by William A. Jacobson on July 25, 2017 81 Comments
I appeared this morning on the Sandy Rios in the Morning on American Family Radio. I've appeared on Sandy's show before, and I appreciate that she gives me plenty of time. The segment is 30 minutes long. We talked about several topics, all surrounding Special Counsel Robert Mueller, and Trump's related frustration with Attorney General Jeff Sessions for recusing himself from anything related to Russia. Trump's continuing Twitter dressing down of Sessions and rumors Sessions and/or Mueller would be fired, were discussed. In the course of the discussion we touched on the following posts of mine:
Read More 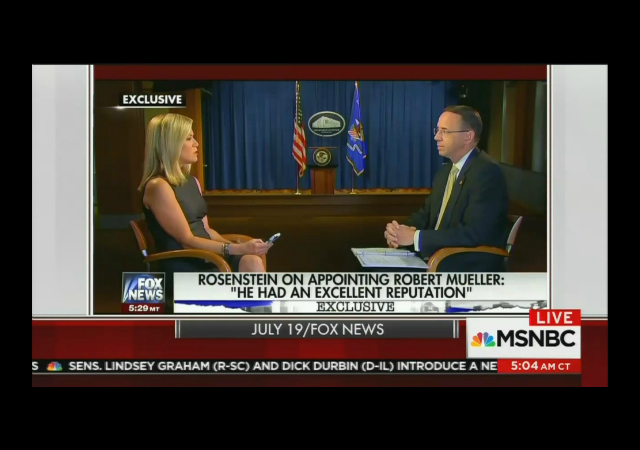 Posted by Mark Finkelstein on July 21, 2017 22 Comments
Asked by Fox News' Martha MacCallum whether he's bothered by the fact that some of the lawyers hired by special counsel Robert Mueller made donations to Hillary Clinton's campaign, Deputy AG Rod Rosenstein responded:

"At the Department of Justice, we judge by results, and so, my view about that is, we'll see if they do the right thing."

Posted by William A. Jacobson on July 20, 2017 99 Comments
The NY Times has published excerpts of its interview yesterday with Donald Trump. While there were several newsworthy comments, most focus is on the criticism of Jeff Sessions recusing himself from the investigation and the resulting appointment of Special Counsel Robert Mueller. Sessions' recusal is the most consequential event of the Trump presidency so far, because it resulted in what appears to be a wide-ranging investigation into Trump. As posted earlier, the Mueller team appears to be larger in size than would be needed for an investigation into Russian meddling in the election, something I pointed out in Mueller legal team approaching size of entire US Attorney’s Office for Rhode Island.
Read More

Posted by William A. Jacobson on June 23, 2017 38 Comments
When Robert Mueller was first appointed Special Counsel, I thought, given his generally good reputation, that this might be a streamlined process with fewer leaks, focused on either proving or disproving allegations of Russian interference. But I did acknowledge, for example in this radio interview, that there was a risk that in the wrong hands the powers vested under the Order appointing Mueller could be abused:
Read More 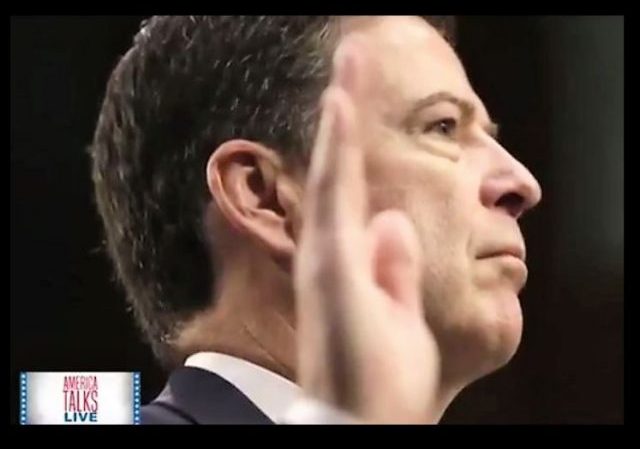 Posted by William A. Jacobson on June 12, 2017 27 Comments
I was a guest today on Newsmax TV – America Talks Live with Bill Tucker. The main topic was my post about James Comey's Senate testimony, Robert Mueller should step aside: Friends shouldn’t be investigating friends:

"... the case has dramatically changed since James Comey was outed, or outed himself, as the leaker of a memorandum to the NY Times and testified before the Senate. Remember this case started as an investigation of Russian involvement. 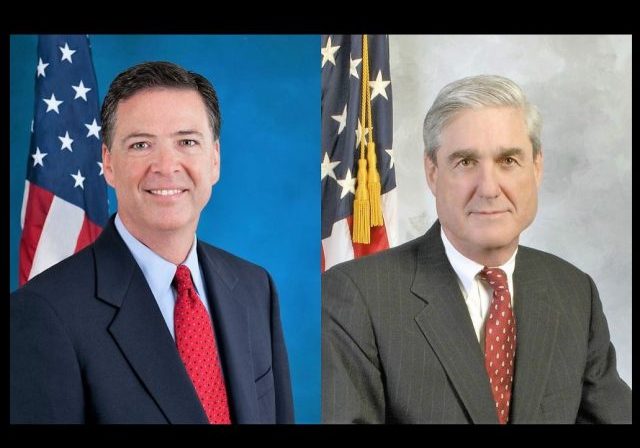 Robert Mueller should step aside: Friends shouldn’t be investigating friends

Posted by William A. Jacobson on June 11, 2017 74 Comments
The Special Counsel investigation led by Robert Mueller barely has gotten off the ground, and already there is a stench. That stench was created by former FBI Director James Comey, who admitted in testimony before the Senate Intelligence Committee that he leaked, through a friend, memoranda purporting to document improper conversations between Donald Trump and Comey. Most important among those conversations was a February 14, 2017, one-on-one meeting in which Trump supposedly told Comey that Trump "hoped" that Comey would see fit to "let go" of the investigation into Michael Flynn. As described in Comey's prepared statement (emphasis added):
Read More 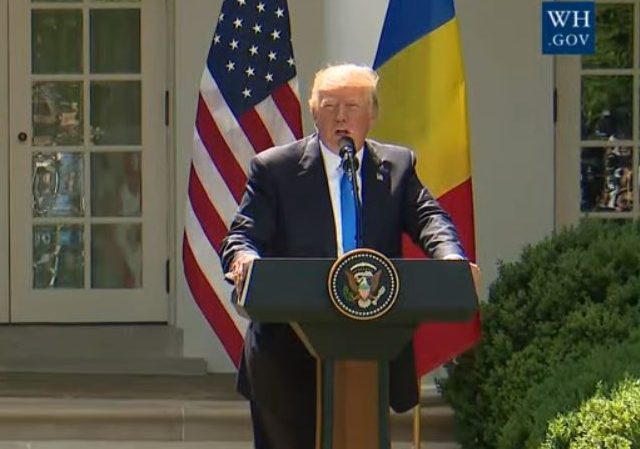 Posted by William A. Jacobson on June 09, 2017 37 Comments
Donald Trump has laid down the gauntlet, or maybe taken the bait, on key portions of James Comey's Senate testimony. We'll have a transcript and video when available. Here are the key Trump points: Never told Comey to close Flynn investigation, never asked for loyalty pledge, willing to testify under oath. On the issue of whether he has tapes of his conversations with Comey, Trump said he'll let people know in the near future, and the media won't like it - "You're going to be very disappointed when you hear the answer, don't worry."
Read More

Dems and Media spun political dispute into a criminal investigation

Posted by William A. Jacobson on May 19, 2017 38 Comments
Another day, another series of NY Times and WaPo stories based on leaks. The NY Times reports that Trump told the Russian Foreign Minister and Ambassador that Comey was a "nut job" who had politicized the investigation, and that his firing relieved "great pressure". The report was based on someone reading a memo about the meeting to the Times reporter. Here is the White House's response, issued in Sean Spicer's name:
Read More
DONATE