M&M’s said it was replacing its mascots because it didn’t want to be “polarizing.” 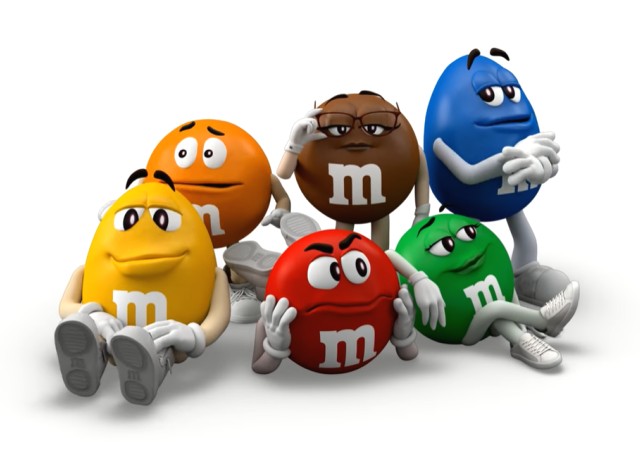 The last time we checked in on M&M’s, the Mars company had announced limited edition “all-female” candy packages to honor women who are “flipping the status quo.”

I concluded this post as follows: Will this impact my purchases of M&M’s, a family favorite? Yes, I think it will…as I personally am tired of this drivel.

It appears I was not the only one who reconsidered their snack options.

M&M’s announced it would be doing away with its ‘spokescandies’ after conservative commentators tore into the company for rebranding the mascots as an inclusive and woke cast of characters.

The candy company announced Monday it was placing an ‘indefinite pause’ on the beloved anthropomorphized treats that have been the face of the brand for decades, and would replace them with comedian Maya Rudolph.

The change comes after Tucker Carlson and other conservative commentators lambasted the company for reworking several of its mascots to reflect a ‘more dynamic, progressive world,’ – which included stripping the green M&M of her high-heels, making a pair of characters apparently lesbian, and announcing the orange M&M had an anxiety disorder it was embracing it.

I sense Tucker Carlson will not weep over being blamed for this development.

A message from M&M'S. pic.twitter.com/EMucEBTd9o

The new spokesperson seems to identify as human and female.

“In their place, we are proud to introduce a spokesperson America can agree on: the beloved Maya Rudolph,” the actress and “Saturday Night Live” alum who has not, as of this date, been central to any culture wars. “We are confident Ms. Rudolph will champion the power of fun to create a world where everyone feels they belong,” the company said.

Gabrielle Wesley, chief marketing officer for Mars Wrigley North America, said in a statement that the decision to engage Ms. Rudolph as the “chief of fun and spokesperson” for M&Ms had been “in the works for a while.”

The move may be in anticipation of Super Bowl LVII on February 21.

The Emmy-winning “Saturday Night Live” alum, who will appear in the M&M’s Super Bowl ad, said she’s “thrilled” to be working with the company.

“I am a lifelong lover of the candy and I feel like it’s such an honor to be asked to be part of such a legendary brand’s campaign,” the “Loot” and “Bridesmaids” star told today.com. “It’s a very fun pairing, if I do say so myself. I think little Maya would be thrilled to get to work with M&M’s.”

“I was already the person that likes to watch the Super Bowl for ads, so I feel like, ‘Wow, now I get to be a part of that moment!'” she told People.

Actually, Rudolph is no stranger to the high-profile Super Bowl commercial blitz. In 2021, she starred in Klarna’s big-game debut as four quarter-sized singing cowboys to promote the pay-in-installments service.

Here’s hoping that all the ads in the upcoming Super Bowl dial the wokeness down to zero.

If I give in to the temptation to buy chocolate, I’m going to my local candy makers.

They don’t need to put the candy characters on hiatus.

They need to realize the point of the characters is to sell the candy and not push woke nonsense.

If one is “sick of this drivel”, how about “spokesman” or “spokeswoman “‘. Why play their game?

M&M still has a woke management problem. I would not be happy if I were an investor.

Unless things have changed, there’s no chance you are an investor. It’s a privately held company and always has been.

And they’re replacing them with a SNL alum.

The best response to this silliness was from the Babylon Bee where they took a big blue M&M-covered nut and had him identify as a Skittle. It is a video that is very funny and puts this nonsense into the proper perspective.

Sad barometer for how sick and infiltrated the world is for this garbage. No one in a position of power thought this was a dumb idea.

Anyone from within with the courage to say- no this is a bad idea – was curb stomped prior or was afraid to speak up.

Q: Are you marketing candy or something else?

Q: Still, the public would like to know—how do they taste?

A: So far no one has tasted any. Our woke research dept believes customers are interested in looks, not taste.

Q: Well, if they’re not to be consumed, customers only have to buy them once, right?

as I personally am tired of this drivel.

This is a point that corporations would do well to keep in mind. They may think that they can win people over to wokism by maintaining a constant inescapable barrage of messaging. But what they’re really doing is making people really tired of this crap.

And sometimes I think this corporate wokism is just an attempt by boards of directors to forestall the woke mob from going after them. And they don’t really believe all the nonsense they are pushing. So they take the high-heels off the lady M&M, make another M&M mentally ill, and having two lesbian M&Ms and pray to the Gods of Chocolate it will be enough. The fact that they dropped the whole idea as quickly as they did and replaced the whole “M&Ms as the Spokescandies” idea is proof enough that they were just testing the water. And when it blew up in their faces they were willing to drop the whole idea and replace the whole concept with an actress I’ve never heard of.

“In their place, we are proud to introduce a spokesperson America can agree on: the beloved Maya Rudolph,” the actress and “Saturday Night Live” alum”

Oh yeah. SO much better.

Lower the Rainbow banner. Albinophobia is past, present, and progressive traditional discrimination of a white minority.

She was pretty funny in Idiocracy. That’s all I’ve got on her.

I didn’t even know the name of the actress who played the prostitute until now.

More relevant to this story, Maya Rudolph was one of the stars of Idiocracy.

Idiocracy was made as a comedy, but has become more like a documentary.

A clever ad agency and a clever company would start making Plain and Peanut (best comedy duo) commercials poking fun at the company decision.
“I can’t believe they’re replacing us!”
“Yup.”
“With a girl, of all things. She can’t even sing!”
“We can’t sing either.”
“Well, we can act. What has she ever acted in?”
(Peanut shows Plain his cell phone.)
“Oh, so she makes a few movies and thinks she can represent all of M&M candies? What does she got that I ain’t got?”
(Plain and Peanut watch her walk by)
“Shutup.”
“But I didn’t say anything.”
“Shutup anyway.”

Noting that I probably was not allowed M&M’s till I was probably 3 or 4, I still have almost 70 years as an M&M addict. They were bloody candy, not a political movement. I am sick of anyone not male, cis, Asian, or white being more important that anyone who is male, cis, Asian or white. When this came out, that was enough. I not only stopped buying and eating M&M’s cold turkey, I have banned all Mars candies from the household. I can find a bunch of candies from other companies to spoil my grandchildren.

I don’t understand. Who is this person? Will they be putting her face on each piece of candy? On each bag of candy? Who will know who she is outside the US? More likely to think that the product has been changed somehow and that is why the new ‘spokesperson’.

We live in the stupidest timeline.

Brilliant Move M&M. Anyone under 35 is saying “Who is Maya Rudolf?”