I wonder if Kid Rock will seek the Republican nomination. 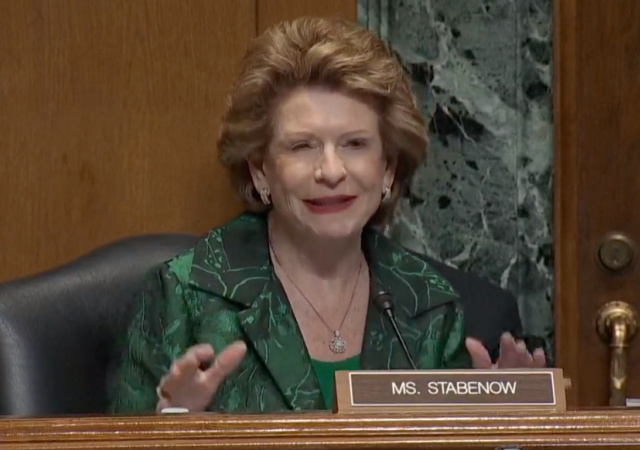 Michigan Democrat Sen. Debbie Stabenow will retire when her fourth term ends in 2024. From The Detroit News:

In an exclusive interview, the Lansing Democrat told The Detroit News that her decision was inspired by the November election results ― seeing the “energy” among young voters and a new generation of Democratic leaders in Michigan made her confident she can “pass the torch” to a Democratic successor.

“I’ve had a wonderful career and honor of breaking barriers and being the first woman to reach various historic milestones, but I never felt it was enough to be a first if there wasn’t a second and third and fourth and so on,” said Stabenow, who serves as the No. 3 Democrat in the Senate leadership.

“I’ve been incredibly honored in so many ways to serve Michigan both at the county level and the state and federal level, and very, very honored that I’ve had a chance to make a difference in people’s lives both in policy, as well as with the best staff team there is on the Hill.”

Stabenow, 72, also cited personal reasons contributing to her decision, including the chance to spend “precious” time with her 96-year-old mother and five grandchildren.

I wonder if Kid Rock will seek the Republican nomination.

Dinner time at my house. What do you think Schumer is spoon-feeding Stabenow tonight? pic.twitter.com/gomKgqBV2l

She wants to pass the torch. Which one? The one to burn down mom and pop stores? Or to light crosses on lawns?

Who does she think she is?
Only damn right-wing insurrectionists carry torches.
She should be passing the molotov, or nothing.

My sense is the Biden Administration will figure out a way to get Gretchen Whitmer to run for the Michigan Senate seat or better yet just appoint herself beforehand.

This is a classic Democrat move. Obama will teach them the way it’s done in Illinois.

This will be un-Christian of me, but can’t help wondering why do these types always look so cretinous?

PDJT is 76 and looks fresh and ready, this one at 72 looks like that house you avoided Trick-or-Treating on Halloween night, all dark and creepy.

If you google ‘Old Crone’ images you’ll see her hideous facing leering back at you.

She did announce that she’ll giving more time to favorite hobby – haunting houses at Halloween.

She needs lessons on how to apply cosmetics. She’s borderline Clarabelle and doesn’t have to be.

Looks like she’s been sharing lipstick technique with Sam Brinton.

I suspect the problem is that she’s also borderline Mr. Magoo.

“…why do these types always look so cretinous?”

She is wearing a Masque to cover up the Red Death.

Stabenow, huh?
I thought it was Bill Maher with bouncin and behavin hair.

See there is good news out there.

Translation: The Dems have gotten Michigan fixed so that a Republican can’t possibly succeed her.

Same thought here. Will a Republican be allowed to win any future statewide race in Michigan?