On Prof. Glenn Reynold’s new Substack, Prof. Perry explains his success fighting politically-correct bigotry: “In 2022 alone, the OCR resolved 170 violations of Title VI and IX at 97 colleges and universities based on my complaints…. If I were fighting for the civil rights of today’s most favored groups – women, BIPOCs, and LGBTQIA+s – and had 200 successful civil rights complaints resolved on behalf of those groups, I am confident that I’d be promoted in the mainstream media as a modern-day Martin Luther King.” 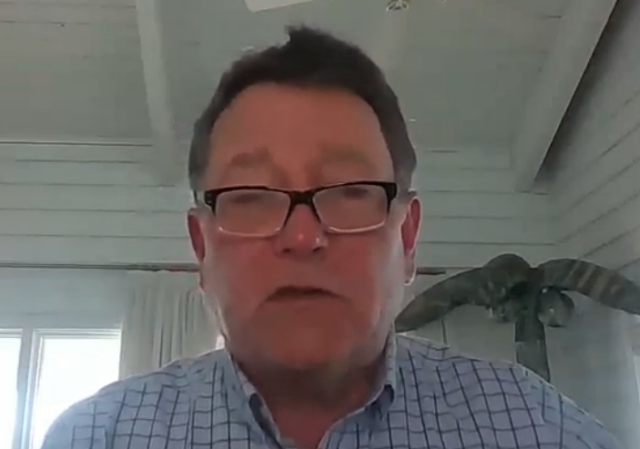 First, Prof. Glenn Reynolds of Instapundit fame has started a Substack, Glenn’s Substack. Prof. Reynolds has been a great friend of Legal Insurrection since our inception, and he has proven that there is an intangible that makes some blogs/websites succeed, and others not so much. Trying to be “the next Instapundit” has been an exercise in futility for many a blogger. Imitation may be the hightest form of flattery, but it doesn’t keep readers coming back. You need a unique wit, a connection with readers, and a credibility that money can’t buy. So I have no doubt that Prof. Reynold’s Substack will be a great success, you could say “the next Instapundit.”

Second, I learned about Prof. Mark Perry. I knew “of” him, but I don’t know him personally. He’s a legend for filing civil rights complaints over discriminatory campus policies and administrative conduct that is oh so politically correct, but illegal. His list of complaints he has filed notes that as of the end of 2022:

Based on resolutions with the Office for Civil Rights in 2022 resulting from my civil rights complaints, nearly 100 US colleges and universities agreed to change, discontinue, or stop promoting 170 female-only or BIPOC/Black-only programs, awards, fellowships, and scholarships to correct their Title VI and/or Title IX violations.

In this May 2021 video interview, Prof. Perry explained his methodology and strategy:

When it comes to fighting the power, Prof. Mark J. Perry is doing it.  He’s been filing complaints for civil rights violations against universities that discriminate on the basis of race and sex – for example, establishing all-women or all-minority scholarships or programs – because doing so, even if it’s for fashionable reasons, is against the law.  I asked him a to talk about what he’s doing and why, and at the end he has some advice on how you can help, and an offer of assistance.  I chime in with some other things you can do.

What follows is a Q&A that you need to read all of. Here are some short excerpts:

…Over the last four years, I have identified more than 1,500 violations at US colleges and universities of Title VI’s prohibition of race-based discrimination and Title IX’s prohibition of sex-based discrimination. Based on that documented evidence of illegal violations of federal civil rights laws, I have filed Title VI and Title IX complaints against more than 700 colleges and universities with the Department of Education’s Office for Civil Rights (OCR). Based on those complaints, the OCR has so far opened 337 federal civil rights investigations and has resolved 257 of those investigations, mostly in my favor.

Title VI (only 40 words) and Title IX (only 36 words) are both very simple and clear civil rights laws, and I’ve tried to only file complaints for violations of those laws that are clear and well-documented with indisputable evidence. OCR is staffed by experienced attorneys and investigators and I try to make their work easy by only filing complaints that I am confident will result in successful outcomes with appropriate corrective remedies.

In 2022 alone, the OCR resolved 170 violations of Title VI and IX at 97 colleges and universities based on my complaints, which I think demonstrates the success I’ve had by filing timely complaints with convincing and incontrovertible evidence.

Most of the conservative press that follows higher education (The College Fix, Minding the Campus, Campus Reform, Alpha News, Daily Caller, Instapundit, Legal Insurrection, Washington Free Beacon, etc.) have covered my civil rights efforts and success on a routine basis. On the other hand, the mainstream press that covers higher education like the Chronicle of Higher Education, Inside Higher Ed, Washington Post, and the New York Times have routinely ignored my civil rights efforts and documented successes….

If I were fighting for the civil rights of today’s most favored groups – women, BIPOCs, and LGBTQIA+s – and had 200 successful civil rights complaints resolved on behalf of those groups, I am confident that I’d be promoted in the mainstream media as a modern-day Martin Luther King. But given the unfavored groups I’m fighting for, my civil rights efforts and successes are convenient to ignore by the mainstream outlets like the Chronicle of Education and Inside Higher Ed.

I believe that this sort of approach is very productive.  Anyone with a web browser and an email account can file a complaint, and the research material is usually on the university’s own website, where they cluelessly brag about their illegal programs.  Often, higher education people seem generally amazed that race or sex discrimination – so long as it’s performed on behalf of fashionable groups – is nonetheless illegal.  It’s important for them to be reminded that the law does not comport with modern woke ideas on race and gender.  It’s also the case that the investigations themselves are a deterrent.  They involve paperwork, hassle, and risk for the institutions involved and the personnel who run them.  As the left likes to say, “the process is the punishment.”  Leftist advocacy groups are happy to exploit that fact.  Why let them have all the fun?

Head over to “the next Instapundit” – Glenn’s Substack, and read the whole interview.

“Anyone with a web browser and an email account can file a complaint”
I can imagine how, as a law professor, he might assume this.
As a computer professional, I routinely tell people that all the information needed to fix their computer problems is available on the Internet in probably under a dozen clicks.
I suspect Perry gets the same results from his advice as I get from mine.

Yeah, most of us don’t have time to travel 12 kilometers to fix our computers.

I think it’s probably a bit more complicated than that

Respectfully: This is all well and good, and it IS clearly good. And Prof. Perry is a hero. But… it seems to me we’re not going to change a thing one case at a time, one win at a time. In fact, the very fact that probably most readers of probably aren’t aware of Prof. Perry’s good work, perhaps, ought to be taken as evidence of the overall ineffectiveness of this approach.

Imho teens and their families must realize that “college” is simply not what it once was.

Believe it or not.

Imho we need to put on our big boy and big girl pants, and walk away.

There’s a big wonderful world out there. And it’s filled with opportunities — jobs, colleges, experiences, etc.

In 2023, the notion that any reasonably bright 18-yr-old might actually WANT!! to spend the next four years at one mostly-woke college in one college town …. it’s a little bit heartbreaking.

Hear, hear! Vote with our feet. The colleges probably won’t care, because they will be filling the seats by “affirmative action” and otherwise lowering standards to high school levels.

Walking away leaves the battlefield and concedes defeat. Same philosophy as Neville Chamberlain had. The totalitarians are simply encouraged to move on to more territory.
The same issues remain and will be faced again and again. At some point the “wonderful options” and “wonderful opportunities” will disappear.

But even before that end is reached, not having a college degree (or “education”, such that it is) will handcuff you in the pursuit of freedom and the preservation of the Republic which we were given by the founders.

I, therefore, dissent. I am advising my grandchildren, at least the ones who are not already irretrievably lost, to stand and fight.

No surprise with the Chronicle of Higher Education. It has turned into a festering hole of leftism and wokeism.

Cases in point (recent articles): “Colleges must stop trying to appease the right,” and “Enrolling Diverse Students When Race Is Off the Table.”

From the former citation: “Now that the party is increasingly embracing anti-pluralist, protectionist, Christian nationalist, and at times neofascist goals, it is no longer aligned with the PMC’s broader agenda. It is therefore ready to wage open war with colleges, intent on confiscating the social capital they wield.”

Academia is becoming a woke sewer.

Glad for his efforts and hope he keeps it up. Reading this makes me miss Mike Adams all over again though.

Professor, this seems to dovetail with your Equal Protection Project. Some great stuff going on!

No one can reasonably claim that as of 2023 America’s higher educational system is headed in a positive direction … despite everyone’s best efforts, and despite some victories.

So, it seems to me we have a choice:

(1) Keep doing what we’ve been doing , and hope for a different result;

Or (2) Walk away, and create better alternatives.

Here’s an idea. Let’s try and convince Professor Jacobson or Professor Perry to become Dean of a brand new college. To be located somewhere beyond the reach of those in our current system who view merit and excellence as other-than-positives.

I am reminded that Johns Hopkins began with FOUR faculty members.

Instead of knocking our heads against a wall … what if Professor Jacobson and or Professor Perry and a few others found a building in say Bermuda, or the Bahamas, and just start from there.

Some lectures could be in person. Some via zoom, some by dvd.

Think outside the box a bit.

There are other options as well. And I’m only using Professors Jacobson and Perry as examples.

Again, it only took four professors to get Johns Hopkins started.

Well, this was my screed a year ago. Since then, we’ve seen actual establishment already underweigh. We have one already operating in Austin. Last week, DeSantis vowed to do the same with his pox-ridden New School. I think there’s one other that escapes me at the moment.

Certainly we could use even more establishments of more types, but the movement has already started.

Many thanks to Prof J for bringing this info to us.