“Given her extraordinary talents and capacities together with her singular life experiences, Hillary Clinton is unique, and, most importantly, exceptional in what she can bring to the University’s missions of research and teaching” 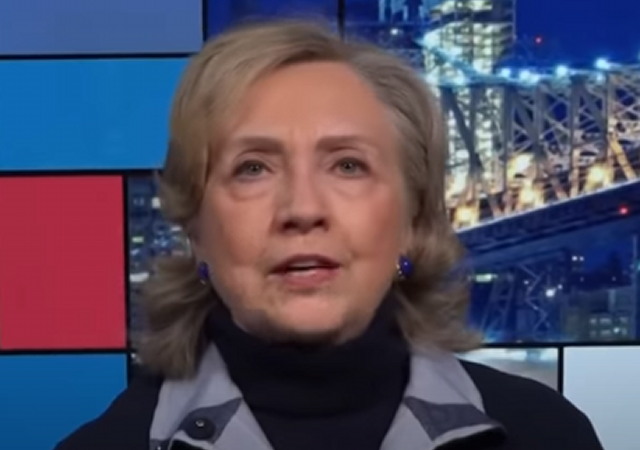 Hillary Clinton has been hired as a professor at Columbia University’s School of International and Public Affairs.

Do you remember all the recent outrage about Republican Senator Ben Sasse being hired by the University of Florida? That won’t happen in this case, and we all know why.

Former secretary of state and two-time failed presidential candidate Hillary Clinton will join the Columbia University School of International and Public Affairs as a professor, the school announced Thursday.

Columbia President Lee Bollinger shared the news on Thursday, explaining that Clinton will join the school with a joint appointment at Columbia World Projects, which “mobilizes the university’s researchers and scholars to work with governments, organizations, businesses and communities to tackle global challenges,” its website states.

“At SIPA, Secretary Clinton will work closely with Dean Keren Yarhi-Milo and other senior faculty and administrators on a variety of major initiatives, especially those focusing on global politics and policy and on supporting female leaders in those arenas,” Bollinger wrote. “In her role at Columbia World Projects, Secretary Clinton will work with Executive Vice President for Columbia Global and CWP Director Wafaa El-Sadr and CWP Deputy Director Ira Katznelson to support programming related to renewing democracy and advancing efforts for effective engagement of women and youth in this country and around the world.”

SIPA Dean Keren Yarhi-Milo wrote in a separate announcement that “she [Clinton] is a remarkable leader who has been on the front lines of virtually every critical challenge facing our world today — from the global fight to save democracy, her advocacy for women’s rights, and her staunch defense of marginalized people everywhere.”

The Hill has more of the gushing:

She’s set to start engaging with students in the classroom in the 2023-24 school year.

“Given her extraordinary talents and capacities together with her singular life experiences, Hillary Clinton is unique, and, most importantly, exceptional in what she can bring to the University’s missions of research and teaching, along with public service and engagement for the public good,” said Columbia President Lee Bollinger in a message to the school community.

Welcome Secretary @HillaryClinton to our community! The former secretary of state, U.S. senator, and First Lady will become a faculty member at @ColumbiaSIPA and @Columbia World Projects on February 1. Read the announcement from Dean Keren @YarhiMilo: https://t.co/4AxXVrEEc5 pic.twitter.com/hyqrTDLwq5

It’s just great that Hillary will be able to share her foreign policy expertise with students at Columbia. Remember how well she handled Libya?

Libya now has slave markets again, thanks to her.

She is a true expert in Class A things related to war. She could teach “Class A Libya”.

And, a course on how to brazenly, lawlessly and indefensibly violate laws pertaining to email communications for government officials, thus needlessly endangering national security, out of one’s transparent selfishness, imperial arrogance and belief that rules are for everyone else.

Is she going to donate her salary to charity? The Clinton Foundation perhaps?

She’ll give canned WEF speeches, and have graduate assistants do all the actual work. And the GAs are not to speak to her.

The ‘idiocracy’ sustains itself like a self licking ice cream cone.

…and hires Bill Clinton for their Professor of Domestic Affairs.

(Hey, somebody had to say it)

They preach one thing about white privilege and do another.

Given her extraordinary talents and capacities
Citing facts not in evidence.
Also, is weed legal in NY state?

These people just can’t stay under their rock.

She’d be professor or private affairs.

which “mobilizes the university’s researchers and scholars to work … to tackle global challenges,”
IOW, to achieve globalism. So she gets to keep going to Davos.

on supporting female leaders in those arenas
Because her support has helped so many feminist leaders around the globe…. /eyeroll/

effective engagement of women and youth
Is this about grooming again?

she [Clinton] is a remarkable leader who has been on the front lines of virtually every critical challenge facing our world today
And she lost or f*ed it up every single time.

But, to quote a famous presidential candidate, “What difference at this point does it make?”

Given Hillary’s proven track record of abilities to consume massive amounts of alcohol and still remain semi functional she will fit right in with the Faculty of both the Journalism and English Literature Departments.

Proof that the progressive fascists don’t care about the integrity of their Dear Leaders!

Which would be an improvement over the spills she took during her last campaign.

Would that this miserable, lawless, haughty, corrupt, incompetent and obnoxious crone would drown in a vat of chardonnay.

Leftist grift as they often do. Funneling cash to their elite

Students better watch out for some big time “short-circuiting.”

“Hillary Clinton is unique, and, most importantly, exceptional in what she can bring to the University’s missions of research and teaching”

That HerSelf is a unique, indeed exceptional fit for Columbia speaks accurately of them both, tho not well.

In a just word, this harridan would be shunned and ignored. Why is she still afforded a public venue?

Grift gotta grift. I’m just surprised that anyone thinks Hill and Bill have any clout in the modern Dem Party.

I thought it was Bill not Hillary that was the expert in public affairs?

Obviously not that expert, or they would have remained private affairs.

Maybe she should be teaching Home Economics (baking cookies) rather than Public Affairs, in which her poor husband has a Ph.D.

Another reason (#432?) to avoid all Ivy League schools and their graduates.