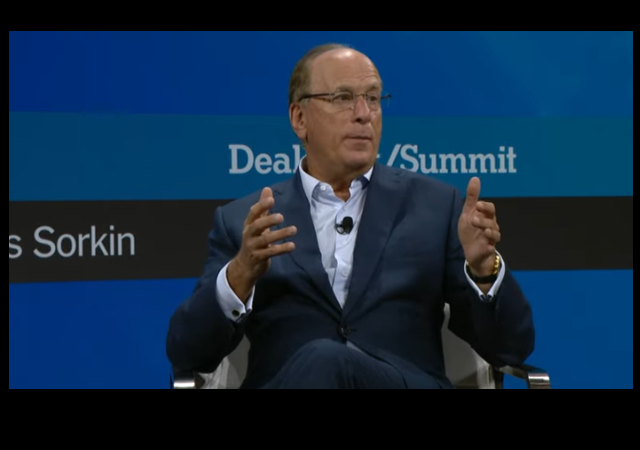 When I reported on the Vanguard Group’s quitting a ‘Net Zero’ group, I noted that in may have been related to anti-trust concerns and regulations prohibiting them from meddling into public utility decisions.

BlackRock, Inc., another of the “Big Three” index fund managers, has forged ahead with its embrace of Environmental, Social, and Governance (ESG) policies. Now, a Texas state senate committee has subpoenaed the firm, requesting specific documents related to its ESG practices and for its executives to testify.

The Committee on State Affairs asked BlackRock last month to produce documents that will help legislators discuss what impacts ESG policies may have on Texans’ retirement savings, according to a statement Wednesday. The committee also sent a request for at least one of six BlackRock executives, including Chief Executive Officer Larry Fink, to attend the Dec. 15 hearing at which legislators will review the documents.

The subpoena is the latest escalation in a spat between Republican-led states and Wall Street’s biggest asset managers over their support of sustainable investing. Last week, Florida announced it would pull about $2 billion from BlackRock, making it the sixth state to divest from the firm. And in Texas, the asset manager is already at risk of losing out on business after it was put on the state’s divestment list for allegedly “boycotting” the oil and gas industry.

“We will not allow these firms to continue to use Texans’ money to force a narrow political agenda,” committee chair Bryan Hughes said in a statement. “They have a legal duty to put their investors’ interests first, and we intend to make sure they do.”

Meanwhile, in North Carolina, the state treasurer is urging BlackRock CEO Larry Fink to resign from the investment firm over its ESG policies.

North Carolina State Treasurer Dale Folwell sent a letter to BlackRock’s board of directors calling for Fink to step aside because the CEO’s “pursuit of a political agenda has gotten in the way of BlackRock’s same fiduciary duty” to its investors. “A focus on ESG is not a focus on returns and could potentially force us to violate our fiduciary duty,” Folwell wrote.

He noted that the North Carolina Retirement System (NCRS), which is valued at roughly $111 billion, has invested roughly $14 billion through BlackRock in a variety of active and passive funds, in addition to $55 million passively invested in BlackRock’s stocks and bonds. He wrote, “There is no blue money or red money at the treasurer’s office, only green. As the fiduciary for NCRS, I seek not to be political, but mathematical.”

In the fall, BlackRock published a letter pushing back on one it received last month from 19 Republican state attorneys general who accused BlackRock of putting its “climate agenda” ahead of clients.

BlackRock says it’s looking to correct “misconceptions” and “inaccurate statements” about its climate position. In its letter, BlackRock says that the firm has never dictated specific emission targets to any company, and that it doesn’t coordinate its investment decisions or shareholder votes with others on climate issues, as the attorneys general claimed. Far from boycotting, BlackRock says it has invested “hundreds of billions of dollars” in energy companies.

But states aren’t the only ones challenging BlackRock’s approach. Bluebell Capital Partners, a $250 million hedge fund with a history of taking on big companies, has now demanded BlackRock rethink its ESG policies and, like the North Carolina state treasurer, called for the CEO to resign.

Bluebell accused BlackRock of both hypocrisy and overstepping its bounds in a letter sent to the firm’s board last month that was reviewed by DealBook:

“BlackRock has become a source of E.S.G. risk,” Giuseppe Bivona, a co-founder and co-chief investment officer of Bluebell, told DealBook. By becoming a big target of conservative ire while also failing to step up in some E.S.G. situations, BlackRock has put its clients’ investments at risk.

It appears that more people are recognizing ESG to be the prosperity-draining danger that it is.

Interesting. Forcing them to vote with their feet, or at least their dollars:

‘ Last week, Florida announced it would pull about $2 billion from BlackRock, making it the sixth state to divest from the firm. ‘

What are the other five firms making this declaration?

In the last couple of years, fossil fuel related investments have outperformed the general market by so much than anyone excluding them would have had a hard time matching the returns of broad-based indices. How is this not an obvious breach of fiduciary duty?