Mayor London Breed touts a program that many decry as racist and unconstitutional. 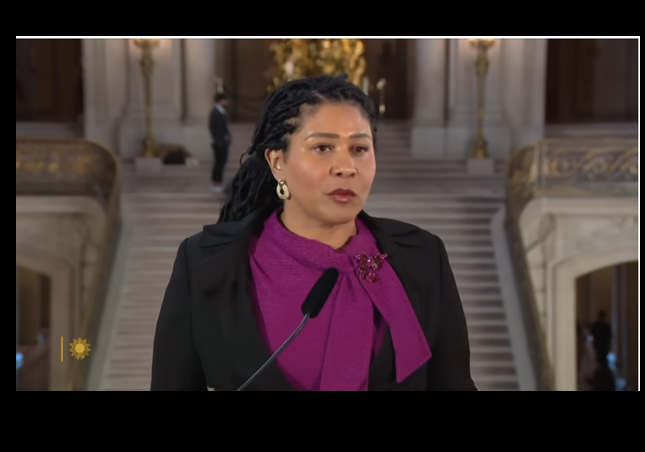 I recently reported that a California reparations committee proposed to give away over $500 billion to “descendants of slaves” in a madcap racial justice scheme that would cost more than the budget for civilization-necessary services.

But this race-based giveaway isn’t the only one in the state. A San Francisco program giving money to pregnant black women is now spreading to other parts of the state.

The Abundant Birth Project began in June 2021 to serve pregnant women with $1,000 monthly payments over 12 months to 150 people. The program is intended to “reduce the racial birth disparities by easing economic stress.”

On Tuesday, San Francisco’s Department of Public Health announced a $5 million grant in state funding to expand the program in Alameda, Contra Costa, Los Angeles and Riverside counties for the next two to three years.

It will serve another 425 mothers and “other birthing parents” with funds from the California Department of Social Services, the city said.

San Francisco Mayor London Breed said she hopes the program will serve as a model throughout the country to address racial birth disparities.

‘The Abundant Birth Project has proven to be successful in San Francisco and brings an innovative, equitable approach to addressing disproportionate health impacts largely among black families, which is why I committed to investing $1.5 million over the next two years to grow the program in our City and neighboring counties,’

‘This guaranteed income program helps ease some of the financial burdens that all too often keep mothers from being able to prioritize their own health and ultimately impact the health of their babies and family.’

Last year, the program also served Pacific Islander women, but it is unclear if they are included in the upcoming expansion.

It is the race-based distribution that is the most galling to many people. Comments also note the hypocrisy regarding gender identity as well.

Anything social welfare program that uses race as a criterion is probably open to constitutional challenge. Social programs should only be allocated by financial need.

Serious question 🙋‍♂️ Is there any type of clause in the ‘guaranteed basic income’ verbiage that prohibits abortion? If not, what prevents someone from getting pregnant to collect the income and then abort the pregnancy at 8th or 9th month?

If California’s politicians were really interested in protecting the health of black infants, then perhaps a reevaluation of the very expansive abortion policies would be more in order than a race-based money giveaway.

Robert Woodson Sr., Black civil right activist and founder of the Woodson Center, stated the number one killer of Black people is not the police — its abortion. Others agree with him, stating it’s not gang-violence, gun violence, heart attack, stroke, HIV, high blood pressure, or diabetes. It’s abortion — and Black women are targeted 3-5 times more than white women. Why?

One-third of all abortions occur in the Black community. According to CDC, 13.4% of the entire U.S. population is Black, yet 36.9% of all abortions are Black. The protectingblacklifeorg census states that 79% of surgical abortion clinics are located within walking distance of African American or Hispanic/Latino neighborhoods.

It ensures that the Mother and Child will both be poor.

How about some “counter reparations” for the millions of black mothers that chose to abort?

That could pay for the ones that keep theirs.

P.S. And not a penny unless the father is named, verified and put on the hook for support.

I thought I got a hold of any racist feelings
Or beliefs I held prior to 2008.

Obama, holder started my journey back to feelings I thought were gone for good

BLM, CRT and all this $$$ BS, millions of illegals getting billions of our money, housing, medical, education…

I’m back where I didn’t want to be.

This Country can not stand much more, it will not hold

We’re almost in the same boat. What really stinks is that these programs for the lazy – like affirmative action – just makes things tough for the ones who can and do stand on their own merits.

Agreed. Programs like “affirmative action” hurt blacks more than they help, simply by introducing the doubt about their qualifications, as in medical school. This is followed up by the lowering the standards of the institutions that trained them, putting us all at risk.

Reward bad behavior. Next, they will demand abortions.

Well, of course it’s racist and unconstitutional. It’s what leftists DO.

It’s all designed to supplement the murdered baby body parts industry for Planned Abortuary. It’s why they put most of ’em in black neighborhoods.

Irresponsible people being bailed out of the consequences of bad decisions and foolish choices. That it comes in a racist wrapper of ethnic exclusivity makes it all the more intolerable.

The left making further affirmation that they think blacks are too childlike and stupid to make it on their own.

Will they place job listings in the classified?

Just imagine if this young man were black, pretty sure he would be given 2,3,4,5 chances, but white boy
Mitchell Miller, we will destroy you and you will like it

I believe all hockey fans need to step up for this kid and refuse to pay for tickets until he is given a contract that is honored.

By the way, aren’t juvenile records suppose to be sealed?

No record is “sealed”. That’s a fallacy.

It’s only sealed from US. Never them.

Will pregnant White women require a State DEI permit to give birth? … kidding, kidding,, or maybe not.

Do you really have to be black?

How about you identify as black, shouldn’t you get paid also?

Wait for trans women to get these benefits.. SMH

Trans women can’t be pregnant, so they can’t qualify. But it’s carefully written to include trans men, who can get pregnant.

Safe Bet: Much of the money targeted to these pregnant black women will end up in the pockets of their “baby-daddies” instead.

Paid by the Feds, who collect the money from us

“The program is intended to “reduce the racial birth disparities”
Pretty sure we already did that by overturning Roe?

According to the vile Dumb-o-crats, brazen, exclusionary racial criteria for government handouts is allegedly laudable. As is race-based medical treatment, another, equally idiotic conceit that they’ve already proffered in some states, in response to the Wuhan virus. The U.S. Constitution, to say nothing of common sense, basic moral probity and notions of fairness, don’t even enter the equation.

And, the Dumb-o-crats contend with a straight face that they’re the party of alleged racial progress and enlightenment? Please.

If this really is reserved for black women, surely it would be trivially easy for an otherwise-qualifying non-black woman to apply for the program, be turned down, and sue. Why has that not already happened?

Usually that doesn’t happen because the programs don’t really exclude anyone by race, they’re just made out to. If a non-black person goes through the process of applying, and they can’t come up with a defensible non-racist reason to deny them, they let them in. If that’s not the case here, then I don’t understand why nobody has sued.

“Racial birth disparities”, if they exist, are not a legitimate concern for a government. If you have two women in equal economic circumstances, and therefore whose babies are equally at risk, and you help the black one and not the white one because “there are enough white babies but there aren’t enough black babies”, you’ve just jumped from the frying pan into the fire, because that is impossible to rationalize in a manner that will satisfy any court.

I can think of plenty of courts that would be satisfied by it, including CA9.

There seems to be an assumption that racial disparities in pregnancy outcomes is not, in fact, racial, with no supporting evidence of the claim. There are plenty of racial differences in average genetics, why shouldn’t pregnancy be one of them?

The Grievance Industry continues to push ahead, with our money.

No wonder California is losing population. The Dems are actively destroying the state.