The Associated Press refers to it as….”philanthropy-funded news.” 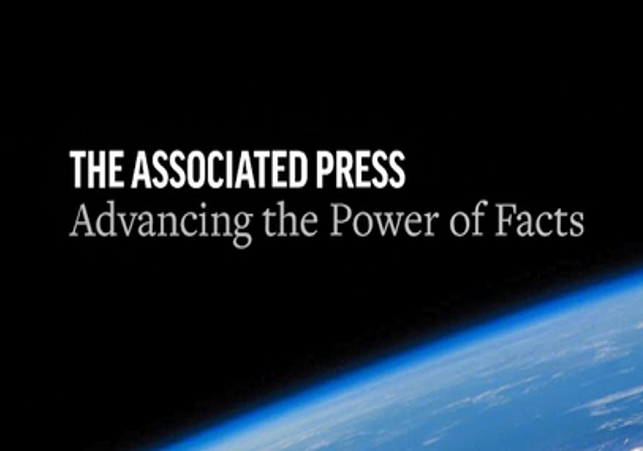 When Elon Musk is done reviewing the Twitter Files related to government interference with the social media platform and covid-debate manipulation, I want to see what the decision trees and algorithms were like for the “climate crisis” before he purchased Twitter.

Meanwhile, disturbing news has just been unveiled about one of the supposed “trusted sources” for public information on scientific subjects. A new report alleges the Associated Press took millions of dollars in donations and used it to fund its “climate crisis” coverage.

The Associated Press took $8 million in donations to fund climate coverage in 2022, with the news cooperative and several other major media publications engaged in dubious claims about climate change, according to a new, exclusive year-end report.

The “Climate Fact Check 2022” report, presented by the Competitive Enterprise Institute (CEI), the Heartland Institute, the Energy & Environmental Legal Institute, the Committee for a Constructive Tomorrow (CFACT), and the International Climate Science Coalition (ICSC), stated that “climate alarmists” and members of the media engaged in claims about the relationship between manmade emissions and natural disasters, claims that clashed with “reality and science.”

In February, the Associated Press admitted that they would assign more than 24 journalists across the globe to cover “climate issues” after receiving more than $8 million over three years from various organizations.

The organizations contributing to the “philanthropy-funded news” via a “climate grant” are the William and Flora Hewlett Foundation, the Howard Hughes Medical Institute, Quadrivium, the Rockefeller Foundation, and the Walton Family Foundation.

AP News Vice President Brian Carovillano only accepts money “without strings attached” and asserted that funders have no influence on the stories conducted.

Instead of being paid advertisements presenting only information necessary to the client, the Associated Press refers to it as….”philanthropy-funded news.”

The Associated Press said Tuesday that it is assigning more than two dozen journalists across the world to cover climate issues, in the news organization’s largest single expansion paid for through philanthropic grants.

The announcement illustrates how philanthropy has swiftly become an important new funding source for journalism — at the AP and elsewhere — at a time when the industry’s financial outlook has been otherwise bleak.

The AP’s new team, with journalists based in Africa, Brazil, India and the United States, will focus on climate change’s impact on agriculture, migration, urban planning, the economy, culture and other areas. Data, text and visual journalists are included, along with the capacity to collaborate with other newsrooms, said Julie Pace, senior vice president and executive editor.

“This far-reaching initiative will transform how we cover the climate story,” Pace said.

If readers trusted “journalists” to provide a fair and balanced analysis of the news, perhaps more people would be willing to pay for the information, and there would be no need to rely on “charity.”

However, as these reporters have limited knowledge of science and no inclination to go against the narrative, it appears news organizations like the Associated Press will become charity cases.

The “Climate Fact Check” report offered nine specific examples of news items that were labeled as proofs of a “climate crisis” caused by fossil fuels (including the Lake Mead level drop and Yellowstone flooding), which were part of the standard regional climate cycles and not beyond naturally observed historical parameters. The report concludes:

Regardless of one’s view of what passes as “climate science,” the good news is that even researchers who believe that “climate change” is a problem acknowledge that the number of weather-related deaths and the cost of weather-related damage are actually on the decline – despite ever-increasing emissions and whatever slight warming may be occurring.

One last thought to wrap this post up, in the form of a quote from Albert Einstein: A dictatorship means muzzles all around and consequently stultification. Science can flourish only in an atmosphere of free speech.

I’m going to be a contrarian here, and just propose that AP would have lied just as hard and in precisely the same direction whether they had been paid to or not.

I have detailed knowledge of how they routinely and exclusively slant gun stories leftwards — Reuters as well, though Reuters at least has the excuse of being European. Any assumptions I ever had about either of these news services being impartial evaporated decades ago.

That $8 Million just lets them hire more shills for the climate hysterics. Expect more “We Gonna Die” ah hmmm….”news” in 2023

Your assumption that the gun stories were pro bono work may be up for questioning.

When you’re paid propaganda your no longer news.

The democrat media hasn’t been “news” for DECADES.

Good term to use. I’ve been referring them as “the Democrat controlled press” for several years. Democrat media, Democrat-controlled media, both identify the specific corruption at work. Much better than “mainstream media” etcetera.

It’s not news, or even useful information; it’s “content” from an association of people in the press — the Associated Press.

Selling “access” to true believers wholesale beats selling it retail on OnlyFans, and you don’t get any on you.