“For the record, do you believe Joe Biden was legitimately elected president?” 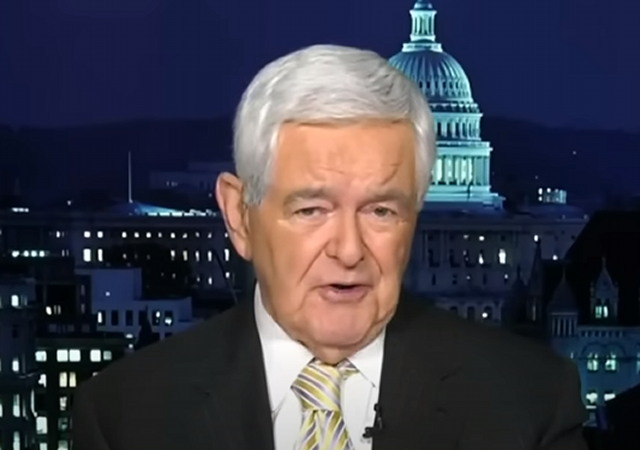 It’s clear from the beginning that Kelly wanted to hear Gingrich bash Republicans and Trump. Things get very interesting when Kelly sensed that Newt was not affirming the legitimacy of the 2020 election to her satisfaction.

She repeatedly hit Gingrich on this, and to his credit, he handled it well.

Tim Graham of NewsBusters has the transcript (emphasis is his):

KELLY: But that has been what he has wanted to talk about – I mean, his repeated false claims about a stolen election, which I have to note you supported and talked about and spread. That did seem to fall flat with midterm voters. Is – how big a problem is that for Republicans?

KELLY: I just need to pause you there because it’s not me saying this. This is dozens of courts across the U.S. that have rejected claims of rigged elections.

GINGRICH: No, no. They rejected claims of stolen elections. Nobody ever looked at rigging.

KELLY: For the record, do you believe Joe Biden was legitimately elected president?

GINGRICH: For the record, I believe that he won under the terms that were set up, and I think that the entire elite system cheated in every way they could to defeat Donald Trump.

KELLY: I need to push you on this before we go on. I’m not hearing you say you believe he was legitimately elected.

GINGRICH: I believe he won under the rules, and I think that the system that elected him did everything it could to rig the game, including, for example, Twitter kicking off the incumbent president of the United States, kicking off the New York Post. I just did a podcast about this that we’re releasing with a New York Post reporter who – Miranda Devine, who can walk you through step by step.

“I believe he knows he’s an illegitimate President”

The double standard is right out in the open.

Nicely done by the Newt-inator. You don’t have to accept the premise of any question. Double-plus-especially not0 when it’s crafted understanding-stifling messaging delivered via a hostile apparatchik.

(Speaking personally, you also don’t have to agree with some politician’s policies or find them personally admirable to appreciate when they display talent at something else, either.)

“Why don’t you also ask me if I ‘disavow David Duke,’ you tired hack?”