Brinton faces similar charges in Minnesota for allegedly stealing a suitcase at the Minneapolis-St. Paul International Airport in September. 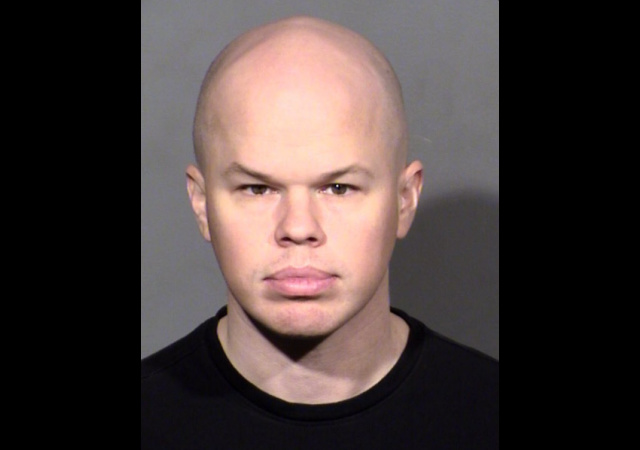 Brinton faces a felony grand larceny charge for allegedly stealing a piece of luggage at the Harry Reid International Airport in July.

Judge Joe Bonaventure told Brinton to “stay out of trouble.”

Brinton faces similar charges in Minnesota for allegedly stealing a suitcase at the Minneapolis-St. Paul International Airport in September.

In Minneapolis, Brinton is charged with Theft/Take/Use/Transfer Movable Prop-No Consent. It is a federal offense.

Charge description: “That on or about 9/16/2022, in Hennepin County, Minnesota, Samuel Otis Brinton intentionally and without claim of right, took, used, transferred, concealed or retained possession of movable property belonging to Victim without consent and with the intent to deprive the owner/entity permanently of possession of the property, and the property.”

The DOE confirmed Brinton does not work there anymore.

Lex would beat the snot out of you for that comparison.

How much you wanna bet he gets nothing but a slap on his limp wrist.

If that’s all he gets in prison, he should consider himself lucky.

This thing will be in LGBTQI+ will think it is in heaven in prison!
True punishment would be to confine it in isolation!

No lipstick? Guess the pig stole it.

I think he’s opting for a more subtle shade these days.

I guess he found out that even the worst makeup was not going to convince the judge that he was mentally incompetent to stand trial.

I’m surprised they fired him.

They said that he no longer works there. I suspect that he never actually worked there, but was “employed” for virtue signalling and box checking. “They can’t fire me” is an invitation to screwing off without consequences, and such individuals should never be hired in the first place for that reason. By saying that he worked is assuming facts not in evidence, so to speak. My guess is that he spent his days in front of a monitor window shopping for luggage.

He’ll wind up as an analyst on CNN or NBC. Finally, there’s questions as to how this lunatic got a national security clearance:

In the prison shower he can dispense the soap..

One day in the Army, some of us were joking about “dropping the soap in the shower” and how one should react. One soldier said, “If you drop your soap, you should put your back to a wall, and squat down to recover the soap while keeping an eye on everyone else.” A sergeant said, “That’s not how it’s done at all. The right way to recover your soap is to turn to someone else in the shower and say, “Would you pick that up for me?'”

Just saw a video of him outside the courthouse. Somewhere he found a (male) business suit and tie to wear.

Didn’t know his wardrobe contained one as you never see it while he’s pretending to be an employee of the people, but when he wants to get out of jail on bail he can conform to society’s norms just fine.

Between Sane and Insane, he is as “Binary” as could be.

After his introduction into the penal system, he will discover which gender HE is. Have fun on journey!

He doesn’t seem very gay. All of his other pictures show him gay.

Whether or not he’s gay he doesn’t appear very happy. Poor guy.
.

This freak got a Top Secret Clearance to access our Nuke stuff. Considering his cross dressing, attending furry and bondage kink festivals along with other nonsense how did he do that? Who else in this clown car administration got the clearances?

Are you kidding?
It took the White House staff a week to convince Brandon that the Mattel Busy Board in his bottom desk drawer was “the button.”
All US sub commanders have been warned not to honor the launch authorization code, “the sheep goes baa.”

One person on twitter, whose profile says he is an attorney, told me that he would not end up in prison. So slap on the tuschie it is for this fool.

His mug shot looks like he’s a villain in an old kung-fu movie.

I learned today this goofball may also be a hoaxer about his background. His claims of being mentally tortured in conversion therapy are likely bogus.

He looks pretty damn binary to me.

He was just testing the limits of what he can get away with. I guess he found out.

Occasionally you’ll hear a progressive ‘trans-rights’ zealot proclaim that if you don’t want to ‘date’ a ‘trans-woman’ then you’re a bigot.

Now, Gentlemen, who here would want to ‘date’ that ‘lady?’

Actual lesbians who won’t screw lesbians with ladydick are hateful bigots. Or something.

>> progressive ‘trans-rights’ zealot << Is that the mental-illness trifecta?

In a saner world it would be an express ticket to the state hospital.