Do we really want our future military officers to view themselves and the troops they will command through an obsessive racial lens? 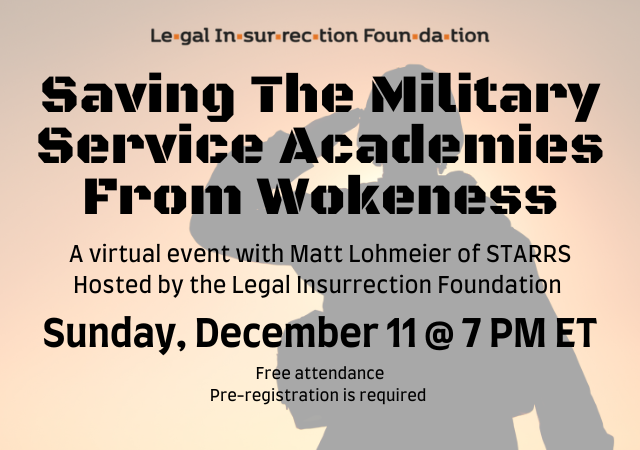 On December 11, 2022, Legal Insurrection Foundation (LIF) held an online event: “Saving the Military Service Academies from Wokeness.” This was, IMO, one of if not our best online event to date. Rather than a series of speeches, there was extensive Q&A.

The featured speaker was Matt Lohmeier, author of the bestselling book, Irresistible Revolution: Marxism’s Goal of Conquest & the Unmaking of the American Military,  published in May 2021, at which time he was a respected active-duty commander in the newly formed U.S. Space Force. For publishing and speaking publicly about his book, then-Lieutenant Colonel Lohmeier was relieved of his command and subjected to an Inspector General investigation within the Pentagon. Lohmeier then joined veteran-led nonprofit group STARRS (Stand Together Against Racism and Radicalism in the Services) and actively works to educate Americans about the dangers of racist and radical ideologies infiltrating our military. 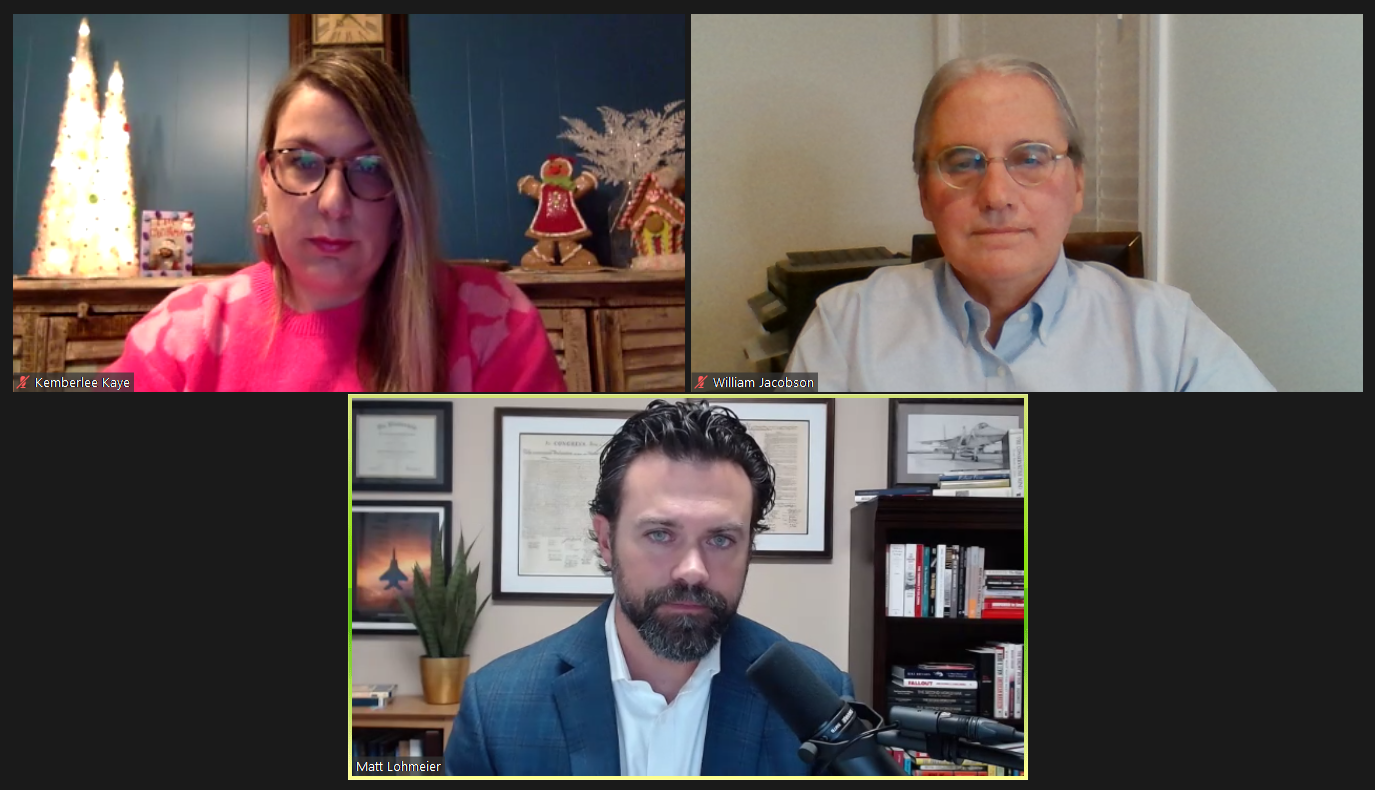 Kemberlee was the host of the event. I also spoke about Legal Insurrection Foundation’s recently released Military Service Academies database at CriticalRace.org cataloguing Critical Race training in military service academies. Our research confirms that all five federal service academies have some form of critical race, anti-racism, or related objectives.

Here is the full event video:

I had thought that the Academies might be completely lost (I graduated from Annapolis myself), but I was at the Army Navy game this past weekend, and when the Sec Def and all of the various branch commanders got introduced, there was very little cheering from the Midshipman/Cadets as there usually is, and it seemed to me like there were actually some booing.

The only one that got any meaningful cheers was the Commandant of the Marine Corps.

That gave me some hope that everything isn’t lost.

You should add in the remaining Military Colleges such as the Citadel or VMI as well as the Military JC offering Commissioning programs; New Mexico Military Institute, Marion Military Institute. There are also some such as Norwich and TX A&M who maintain their traditional uniformed Corps of Cadets within the larger University.

All of these institutions serve to produce a much larger percentage of our Nation’s Officer Commissioning than the service academies alone. It is definitely worth keeping an eye on them and their policies as well.