CDC Issues ‘Urgent’ Warning as Strep A Spreads Across U.S.

CDC Issues ‘Urgent’ Warning as Strep A Spreads Across U.S.

Reason for the spate of infections may be attributed to the “absence of mixing among children in the past few years due to the COVID-19 pandemic.” 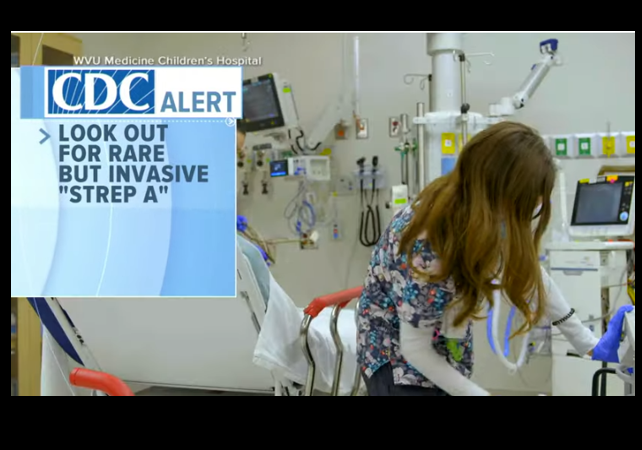 The Centers for Disease Control and Prevention (CDC) has just issued an urgent warning about a Strep A outbreak spreading across U.S., which is another a continuing cascade of infections that have surged this winter.

America has suffered two confirmed strep deaths as part of this outbreak, both in Denver, Colorado. Doctors at hospitals in at least six states have given anecdotal reports that cases of the infection have increased this year.

The CDC does not track Strep A at a national level, so it is impossible to know daily case figures. Across the pond, 21 children have died from the illness in the UK – and US officials fear this outbreak will reach the same levels stateside.

The CDC said it would be investigating the reports of Strep A cases across the country.

The Colorado cases are the reason for the concern. Colorado’s Department of Public Health and Environment said it had recorded 11 cases of invasive group A strep (iGAS) in children in the months of November and December, occurring within the Denver metro area.

Children ranging from 6 months to 10 years old make up most recent cases.

A possible reason behind the increase in infections could be the absence of mixing among children in the past few years due to the COVID-19 pandemic, according to health experts in the U.K., where at least 15 children have died since September from a strep A outbreak.

CDC spokesperson Kate Grusich told CNN it’s not clear whether the number of infections is adjusting to pre-pandemic levels or rising beyond that.

“The recent increases in respiratory viruses, particularly influenza, may also be contributing to a possible increase in iGAS infections,” Grusich said.

Though strep A is usually not fatal, the invasive type is particularly dangerous.

Group A strep can cause many types of infections, some relatively minor. Strep A, or group A streptococcus, is a bacteria found in the throat and on the skin that usually causes fever and throat infections, such as strep throat or scarlet fever.

Necrotizing fasciitis is sometimes called flesh-eating disease. It’s a rare bacterial infection that spreads quickly and can be deadly, according to the CDC. Group A strep is thought to be the most common cause.

As noted in the article above, the reason for the spate of infections may be attributed to the “absence of mixing among children in the past few years due to the COVID-19 pandemic.” This aligns with the “hygiene hypothesis” I mentioned in an earlier piece on the “tripledemic”.

One has to wonder if part of the problem isn’t more fallout from pandemic restrictions and covid paranoia put forth by public health bureaucrats and supported by a misinformation-infused American press. Regular exposure to germs builds up immune systems, and children’s immune systems have been over-protected and not built up properly over the past two years.

…It’s going to be years before the damage related to the pandemic response can be assessed and resolved.

If only we didn’t have shortages of antibiotics that would cover strep A.

Lots of shortages. I can’t get Ozempic because doctors are prescribing it for weight loss. Their patients are entertainers and others who demand – and get – prescriptions for their vanity.

One also has to wonder if vaccine-induced immune deficiency might have an effect.

Has the sociopath Fauci been tried and executed for his crimes against humanity, yet?

Asking for the Nuremberg Codes.

I don’t have data on this, but it is true in my limited experience.

John Campbell reports that COVID in China appears to have a Rzero value of 20, i.e. one person on the average infects 20 others. It’s a somewhat defective measure because it doesn’t say how fast it happens, which is pretty fast it turns out.

Annndddd… no flights incoming from China have been stopped.

Well, it’s super racist to do that. Go to Chinatown and hug some people as penance.

Particularly influenza? When did it ever go away?

When they started attributing every respiratory issue to covid for political purposes.

The CDC can urgently shove their warning up their azzes, sideways, and rotate it for all I care. I don’t listen to them after all of the lying over the last few years.

Sad but I’m a doctor and I don’t believe a word the CDC says anymore.

Like it does every winter? Because I’ve had strep in the past. Got it at school when I was kid, like most people I know who’ve had it.

I seem to remember having strep throat a few times as a kid. The drill was first feeling really sick, throat on fire, mother looks in throat, takes me to the Dr. They stick a swab down my throat almost gagging me, result comes back and then a penicillin shot in the bum. Then I got a little red sucker on a loop of string instead of a rigid stick.