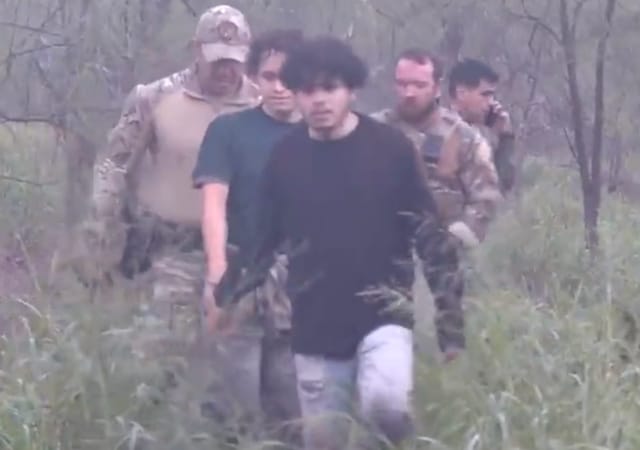 The gotaways are illegal immigrants caught on some form of surveillance but are not caught.

The new unit is composed of troopers, drone operators and tracking K9s. The Texas Department of Public Safety told Fox that its purpose is to augment resources for U.S. Border Patrol “in detecting, tracking and apprehending illegal immigrants who evade and avoid capture from law enforcement.” It also gathers intelligence, disrupts human smuggling and identifies scouts.

“This is in part due to the unprecedented number of gotaways,” spokesperson Lt. Christopher Olivarez told Fox. “We will continue to deploy specialized teams and task forces in strategic areas to address threats against public safety and provide support to our federal partners.”

The Border Patrol announced there were 73,000 gotaways in November 2022, a record high. At least 2,400 illegal immigrants avoided the border patrol every day in November.

Fox News’s Bill Melugin, who is the best reporter on the border beat, witnessed the new task force apprehend 50 single adults in one hour.

These people came from El Salvador, Guatemala, Honduras, and Mexico.

Melugin and the task force also saw cartel scouts watching them across the border in Mexico.

NEW: Due to the unprecedented number of “gotaways” sneaking into the U.S., @TxDPS has launched a new task force designed to find & arrest evaders. We were with them as they arrested 50 illegal immigrants in the brush in one morning in the RGV, as well as a scout who had an AK-47. pic.twitter.com/ce3A3bsXyp

NEW: We saw multiple suspected cartel scouts watching us from across the river in Mexico as we were embedded with a new @TxDPS task force that was tracking & arresting illegal immigrants evading in the brush in Mission, TX. The scouts had radios and put a drone up. pic.twitter.com/bPsd6fNnM9

Might want to set up a program of “keepthemouts.”

It’s not like Biden or Harris will ever be there to notice.

Considering the shear volume, this is an illegal invasion. Quit pussyfooting, start putting them down. Also, tell Mexico to either deal with it, or to expect cross border measures.

Golly. If only someone had tried a few years ago to build a… oh, what’s the word? Impediment. Barricade. WALL. That’s it. A wall on the southern border for a few measley Zelensky bucks this problem would be greatly diminished.

We managed quite nicely without a wall for about 150 years until LBJ and the Dems put the illegals on welfare. The Mexicans came up to work on the truck farms and ranches, and then went back home after the growing season was over.

Hope those news folks are 2d Amendment practitioners. Someone may come looking for them.

So you are either going to see the US Department of (In)Justice in court to make Texas stand this unit down, or you will see US troops on the border tasked with making sure that the invaders get in and away safely.

Since there is basically no way to track the illegal immigrants released into the US itself, they are functionally all gotaways.