We Are Transitioning (again) [UPDATE]

We Are Transitioning (again) [UPDATE]

We’ve turned off our donation and subscription forms until the transition to a new CRM platform is complete. 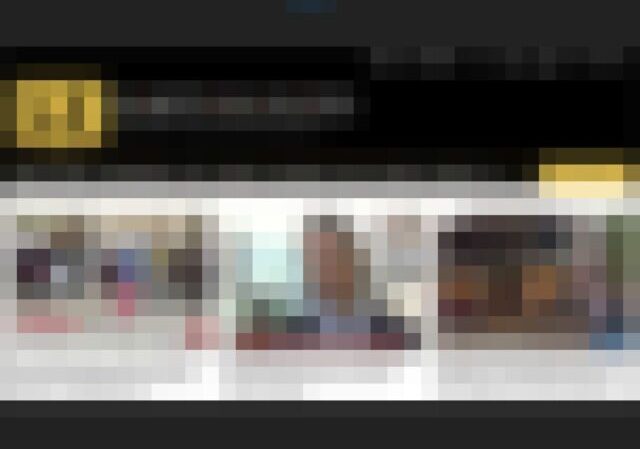 It’s tough out here in the real world.

What it is like to be at the tip of the spear? We are under attack constantly, in ways readers and supporters don’t fully understand. Our server is under automated attack around the clock and we have had to invest several thousand dollars a year just to keep the server running. Our newsletter subscription link is under bot attack and we had to disable it until we get better security. We got kicked off our email/donation/event platform SalsaLabs without explanation but ‘coincidentally’ shortly after it was purchased by a far left group, the transition ended up costing us almost $20k in consultant time and additional costs. A leftist educational group we have been intensively investigating unsuccessfully tried to interfere with our hosting company and domain registration.

The loss of the Salsa platform was a major operational setback, which since we are so thinly staffed, was disruptive. We had to move quickly, and we made a choice that we thought would meet our needs, transitioning in February 2022.

But the new platform is not working out (nothing to do with politics). Among other things, the newsletter sign up has been a mess because of problems with the existing platform integration. There are almost two thousand people who signed up but are not receiving the newsletter. It also doesn’t provide the database usage ability we need.

So we made the hard choice not to muddle through, and we are transitioning again. All of that should be worked out on the new platform.

None of this has anything to do with the website you interact with. It’s behind-the-scenes stuff. Most of the time burden has fallen on Kemberlee.

We have grown a lot (despite the deplatforming challenges), and have some big plans for 2023. We needed a more robust and suitable new CRM platform that would provide the foundation we need. It is another time and money sinkhole, but it needed to be done.

We have had to deactivate our donation and newsletter subscription forms because the data is in the final stages of transfer to the new platform. We hope to have everything sorted out in the next few days.

If you planned to donate but now can’t, hold that thought!

The DONATE link is now active on the new platform.

Thank you for all your good work, professor Jacobson!

Thank you anyone else behind the scenes!

Count your blessings.
It could be worse
You could be de-transitioning. 🦆

Will donate when it comes back up.

Crazy scary how the left is going after every fundraising platform and censoring on them.

One cannot underestimate their lust for power or what they will do.

Bless LI for fighting on !

Same here…please post a reminder when it’s back up Prof, as it’s a busy time right now.

I hate the left and their cancel mob that can’t handle disagreements.

They freak out, melt down, and make hyperbolic claims of murder/trauma to justify their childish defensive reactions poorly concealing the intellectual deficits in their arguments.

They either do this or they hide behind the appeal to authority logical fallacy..it’s a coin flip as to which one they choose. At least, if they choose the fallacy option, you can take on the faulty logic from the supposed authority and perhaps avoid the cancellation.

Gee, remember when cybercrime and cyberbullying was the very most biggest federal hot button, and they were going to do everything in their power to crack down on it?
Hey, FBI!
Yawn.

What is a CRM platform? Best of luck.

What you’re dealing with is the cost of doing business, sadly. Prudence says plan for the world as it is.

Standing offer to lend a hand whenever, as far as I’m able.

These leftists who attack you guys are cowards and failures. They know you cause them damage. I hope you continue to give it to them gooder an harder.

Unsolicited context: there’s a gaggle of services and access to make a presence on The Interwebz go. Domains & domain registration are one thing that can be attacked. Access to the “system of tubes” to move bits around is another. My basic misanthropy and tinfoil hat end up fighting when the powers that wanna be make moves on the other necessary parts of access.

They’ll crash your processing, eat up your bandwidth, memory-hole any ID or routing or discovery, blah, blah, blah…

So, when the base domain registration authority moved under the UN, is that malicious authorianism, or simply unbounded grandiosit? When the wind’s blowing the right way, what will they do with that authoritah?

The throughput-level equal access regulation they tried to push through during The One’s administration, is not, not, not even a little bit about establishing a mechanism to throttle raw access to the bit-pipes for people we don’t like. Honest. Every one of them pinky-swore. Meanwhile, when more mobby mobs of the unwashed suddenly might have access to the digital town square, someone must be prosecuted!

Not that I’m getting a tinfoil skullcap bio-implanted, but… It’s fundamentally suspicious that filtering subscriber / member access isn’t yet a standard piece of internet “presence.” The technology isn’t hard: commodity adoption is hard. So, why hasn’t that standardized? You could put the filtering of any but the invited way out at the front gate, not even up to the front door.

Sounds like your current move will be productive. Glad to hear it.

I support your transitioning, We/Us.

Your support means *everything* to us/we/they/them

The slope gets even more slippery when you use their rules, even in jest. Don’t normalize them!

Make it an obvious joke, as is their reality.
Add you example here;
her/she’s/chocolate

My own personal pronouns are who/what/where/WTF, and thanks for asking!

Thank you for all your insight, thoughtfulness and hard work, Professor Jacobson. We appreciate you!

Thank you too, Kemberlee, and special hugs to Fuzzy Slippers for putting up with the vocal weekend know-it-all crowd.

Seems I remember when Rush was under cyberattack he was able to track it back to 7 or 8 people and named them. Are you trying to find out where the bot attacks are coming from?

Yikes. So much for tolerance of other ideas.

What is the US Mail address for Legalinsurrection? Sending a paper check (where’s the check book anyway?) is a reliable way to donate.

The servers/network on which reside some of the comics I read has been down for 3 days. No mention of it anywhere.
I’m glad LI is not sitting on that network.

much relieved- I feared you were all inconstant trannies.

I found no obstruction to donations to Legal Insurrection via Paypal. Hope my little bit helps.

When you are taking flak you are over the target. Keep dropping truth bombs.

“If Russia invades — that means tanks or troops crossing the border of Ukraine again — then there will no longer be a Nord Stream 2,” Biden said at a press conference with Scholz. “We will bring an end to it.”

I thought that if you simply identified as a new, better platform all your issues would be resolved! I feel so betrayed.

Have you guys tech talked with the B.Bee? what’s the knowledge sharing like between platforms equally hated by the left?

Ace of Spades seems to be very techy.

Ace of Spades seems to be very techy.

Lol. Ace of Spades is stuck in 1999. They dare not touch anything lest it all break.

“We Are Transitioning (again)”

Well….all I can say is, that I hope you FINALLY find the Gender you’re supposed to be, so you don’t have to do this, again.

“A leftist educational group we have been intensively investigating unsuccessfully tried to interfere with our hosting company and domain registration.”

Let me guess, you are referring to the teacher’s union in R.I.

The DONATE link is now active on the new platform.