“At issue: the school’s determination to force its transgender policies upon a 14-year-old girl and her father.” 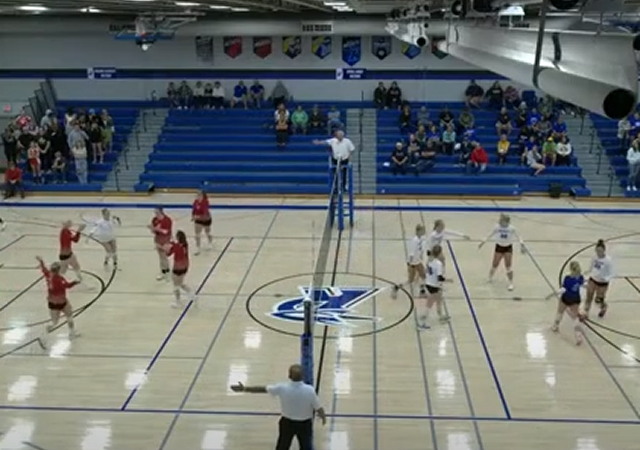 In early October, biological girls on a Vermont high school volleyball team were banned from their own locker room for objecting to changing in front of a transgender teammate who is a biological male.

A couple of weeks later, the father of one of the girls was suspended from his job as a middle school coach for defending his daughter on social media and ‘misgendering’ the trans student.

Then Alliance Defending Freedom (ADL) got involved and threatened a First Amendment lawsuit and now the school is backing down.

At issue: the school’s determination to force its transgender policies upon a 14-year-old girl and her father. For daring to question those policies — i.e., complaining when a male who declared himself to be a female entered the girls’ locker room to observe them undressing — RUHS officials demanded that the student, Blake Allen, “take part in a restorative circle … to help her understand the rights of [transgender] students to access public accommodation … in a manner consistent with their [self-proclaimed] gender identity.”

Travis Allen and his fourteen-year-old daughter, Blake, were punished for expressing their views on a matter of profound public concern: whether a teenage male who identifies as female should be permitted to change in a girls’ locker room regardless of the discomfort experienced by girls in that room.

In objecting to a male being in the room while the girls are changing, Travis and Blake each made comments underscoring that the trans-identifying student is in fact a male, including by using male pronouns.

Indeed, their view of the student’s maleness was foundational to their opinions on appropriate use of the locker room.

Yet, their remarks were too much for Defendants’ transgender orthodoxy — Travis was deemed to have “misgendered” the student, while Blake was found guilty of “harassment” and “bullying” — so Defendants disciplined both of them.

You can read the full complaint here.

In case you missed it, the Daily Signal went to Vermont and spoke to the girls on the volleyball team in October. Watch below:

NEW: @DailySignal spent this week in Randolph, Vermont, speaking to high school girls who face heavy criticism + potential punishment from their school for pushing back against a biological male using their locker room. Here's what these girls have to say for themselves: pic.twitter.com/sMR8jb20Qf

Stop letting them ‘back down’.

By letting them ‘back down’, then the issue is NOT settled.

They’ll just wait a bit, then try do it again. And again. And AGAIN, until a court orders them to stop.

Agreed. These perpetual private citizen lawsuits to fight these egregious civil rights violations commited by public officials must escalate to the state AG or federal DOJ putting these violators in prison, or nothing will change.

In Vermont? Or Garland’s DoJ?

It’s death by a thousand cuts. And after November 2022, the death is certified.

How do you stop letting them back down? Once they’ve agreed to his demands, what grounds remain for a suit? And what authority would a court have to hear it, since there is no longer any case or controversy?

Well, if a guy stands outside a person’s window and watches young girls undress, they are committing a crime; I believe. Why should it matter if it’s a school’s locker room? If a boy was to install a camera in that locker room and it’s discovered, the boy could and should be arrested. Maybe the girls need to file criminal complaints.

It’s just another Democrat neologism — this one is for struggle session.

You mean “re-education”. Gaslighting with a generous twist of coercive brainwashing.

Transgender—a gender becomes something else just because you say it is. That’s the same way transballots work in elections.

If that’s done, then they’re no longer of use to the left.

So, Mr. 10% and his entire gang of thugs are totally OK with males flashing their penises at naked girls in the girls’ locker room, correct?

Coming soon to a locker room near you!

“So, Mr. 10%”
Well, what’s wrong with that? It happens every day in the home shower stall.

Transgender, huh!
I do feel sorry for you and and your suffering.
|’d like to help you – I’m offering to remove gratis the external appurtenances which appear to be creating such consternation

???
GENDER-AFFIRMING SURGERY 10¢
THE DOCTOR IS 🅸🅽

The tranny student is MALE. The correct pronoun in American English to describe a male person is HE. They used the language correctly. Stop trying to make people mutilate the language.

We no longer livein America. We live in Amerika.

As slaves, we now use Amerikan pronouns.

Hey Mike, great article, just a minor tweak for the acronym. At least we know the ADF is better at doing its job that the ADL ever was.

The country has gone insane. We’ve truly lost it when boys are girls and girls are boys and they can call themselves whatever they want, whenever they want.
EVERYTHING is a lie now.