In a fascinating move, the organizers of this inanity are trying to assert that this section of the agreement is not reparations. 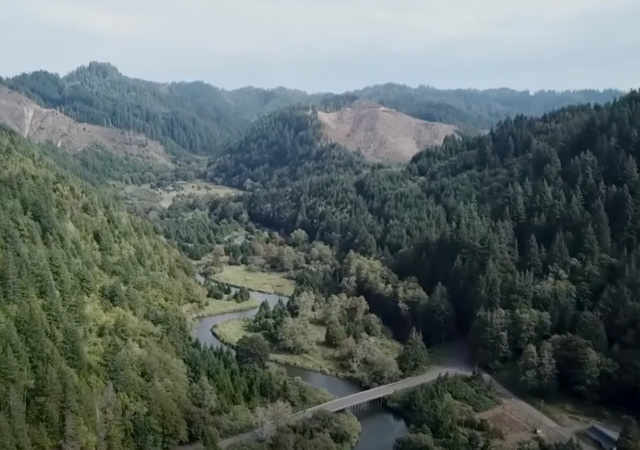 A few days ago, I noted that China was sticking to it’s “China First” stance and had no plans to participate in the ridiculous temperature goal or climate reparations plans being proposed an the 27th annual Conference of Parties in Egypt.

As I foresaw, the annual conference of climate alarmists is concluding by congratulating themselves of a “loss and damage” pact that will be meaningless for the actual protection of the environment. However, it is outstanding for the transfer of wealth and power to the global bureaucrats who push “climate justice“.

Agreement at the COP27 climate talks to set up a “loss and damage” fund marks a milestone in the long fight to get help for poor communities on the frontlines of global warming, said officials and campaigners who had pressed hard for its creation.

The two-week talks in the Egyptian resort town of Sharm el-Sheikh, hampered by global geopolitical tensions, ended early on Sunday with a deal to establish a new fund to help vulnerable countries pay their rising costs of climate damage from wilder weather and rising seas.

The details on how it will operate and where it will source money will be worked out by a committee in the coming year.

A group of 134 African, Asian and Latin American states and small island nations, led by flood-battered Pakistan, presented a united front to push through the controversial fund.

In a fascinating move, the organizers of this inanity are trying to assert that this section of the agreement is not reparations.

The US and other developed nations have long sought to avoid such provisions that could open them up to legal liability and lawsuits from other countries. And in previous public remarks, US Climate Envoy John Kerry had said loss and damage was not the same thing as climate reparations.

“‘Reparations’ is not a word or a term that has been used in this context,” Kerry said on a recent call with reporters earlier this month. He added: “We have always said that it is imperative for the developed world to help the developing world to deal with the impacts of climate.”

Details on how the fund would operate remain murky. The text leaves a lot of questions on when it will be finalized and become operational, and how exactly it would be funded. The text also mentions a transitional committee that will help nail down those details, but doesn’t set specific future deadlines.

At least some political leaders and their bureaucratic minions recognize that the failure to make China, the largest emitter of supposedly “climate destroying” carbon dioxide, contribute in a meaningful way to any aspect of this global pact is not a good look. They are concerned about the flow of monies from the “loss of damage fund heading to China.

The fund would be targeted toward poorer countries deemed most vulnerable, delegates said, a key demand from wealthy nations that didn’t want money flowing to China and other higher-income countries that are deemed to be developing under the U.N. climate treaty.

…As part of the process for creating the fund, countries would identify new sources of financing, officials said. Wealthy countries want China, oil-rich Persian Gulf states and other higher-income countries in the developing world to contribute.

This year’s climate pact appears to show that the 1.5 degree C temperature goal is “on life support”.  This development prompted a disturbing comment from the United Kingdom’s newest Prime Minister Rishi Sunak.

[T]he UK’s envoy Alok Sharma pointed to major holes in the latest agreement, saying the prospects of limiting temperature increases to 1.5 degrees are on ‘life support’.

…Mr Sunak attended the COP27 earlier this month despite originally shunning the event.

He said in a brief statement today: ‘I welcome the progress made at Cop27, but there can be no time for complacency.

‘Keeping the 1.5 degrees commitment alive is vital to the future of our planet.

‘More must be done.’

Finally, as the conference concludes, there is a new scientific report that has been published showing the Earth has robust mechanisms to regulate its own temperature.

The Earth’s climate has undergone some big changes, from global volcanism to planet-cooling ice ages and dramatic shifts in solar radiation. And yet life, for the last 3.7 billion years, has kept on beating.

Now, a study by MIT researchers in Science Advances confirms that the planet harbors a “stabilizing feedback” mechanism that acts over hundreds of thousands of years to pull the climate back from the brink, keeping global temperatures within a steady, habitable range.

Just how does it accomplish this? A likely mechanism is “silicate weathering” — a geological process by which the slow and steady weathering of silicate rocks involves chemical reactions that ultimately draw carbon dioxide out of the atmosphere and into ocean sediments, trapping the gas in rocks.

Scientists have long suspected that silicate weathering plays a major role in regulating the Earth’s carbon cycle. The mechanism of silicate weathering could provide a geologically constant force in keeping carbon dioxide — and global temperatures — in check. But there’s never been direct evidence for the continual operation of such a feedback, until now.

I will conclude my analysis of the annual conference run by climate alarmists by noting the only achievement of note coming from CoP27 is the dissemination of tourist dollars to Egypt (which is a good thing) and the distribution of misery to humanity, especially in the light of inflation and fuel shortages (which is decidedly evil).

It will be interesting to see how many private jets and meaningless agreements will be featured at CoP28!

Cut off your nose to spite your face.

Sam Kinnison summed it up best. “You live in a desert, MOVE!”

If these people believed anything they were spouting, they would hold these meetings via teleconference.

Of course it’s all about the free vacations and schmoozing.

It will take the useless international Global Warming bureaucrats more than a year to organize a committee to figure out how much money they intend to take from western countries to be delved out to favorite vendors and contractors in their usual quid pro quo scheme but by then there will be a RINO led house and hopefully enough fiscal & sane conservatives to block any spending bill.

I often wonder about all these Climate Zealots. I mean, do they all really and truly believe the utter bunkum they spout? I mean the incomprehensible arrogance of a stupid human to think we can “keep the temperature at such & such”, is certifiably insane. I have no doubt there are amongst these nutcases “true believers”, who have been duped and brainwashed into the whole con.
But I also most firmly believe that there are behind the scenes a much more nefarious bunch who are propagating all this craziness as an express train to domination. It is a most convenient way to centralize the money from all nations governments into a One World scheme, all wrapped in a neat little “it’s for our own good” package.

Green is the new red.

If climate change were really an emergency, the US government would accelerate GenIV nuclear power development and then work with industry partners to see to its mass production and installation globally. The fact that this is not happening is all the evidence needed to conclude that climate change is not a real emergency.

China laughs while we commit economic seppuku (yes, I know that is a Japanese term).

They smiled when we committed economic seppuku. They’re laughing now because we have moved past the intestines and have cut all the way to the heart, lungs and other vital organs. Total national, irreversible hari-kari.

“climate justice” tells you everything you need to know. Like its predecessor “social justice,” it has nothing to do with either “climate” or “justice.”

President Trump tried to get us out of this mess and that’s why the globalist let loose the China flu and mail in ballots for everyone, everyone gets a car….

But oh those tweets and his sarcasm…

This is another agreement that is essentially worthless. The votes aren’t there in the Senate to ratify this as a treaty. The r HoR doesn’t have to provide any funding. The next admin can and probably will simply say no.

Same as the supposed agreement to protect Ukraine. No treaty = no duty. You want to bitch about Ukraine then go talk to B Clinton. In the future if anyone wants to bitch about this go talk to Biden. At most it’s a temporary measure, without the support of the American people.

The next time conservatives have full control, they need to pass legislation to put a stake through the heart of this monster and kill it for good.

Are there enough votes in the 118th legislation session to stop this? I recall Obama trying to bypass the Senate to get JCPOA “passed” by fooling Corker. Will Biden fool Kevin’s caucus to buy into his new Climate Justice treaty? I think and hope not!!

BTW, how much leverage will Kevin have over Biden to continue with the imminent govt shutdown?

BTW, who elected them god(s)?

Idiots elected them gods. They don’t see and feel the impacts of their votes but they want to be helped by our govt.

I, myself declare myself supreme overlord of all the things, pan-nationally. Bow before me, peasants.

(That’s all it takes, right? Or do I need to proclaim my proclamations in a German accent. Or in front of backlit black and red. Or both. (The spittle-flecking is optional I hope. Eeeeew.))

As self-proclaimed Pan-Galactic Gargle-Blaster, I declare these people weenies and feebs nobody has to listen to about anything.