Ukrainian President Zelenskyy: “We shoot down at least 10 Iranian drones every day and the Iranian regime claims that it allegedly gave little. And even before the start of the full-scale invasion.” 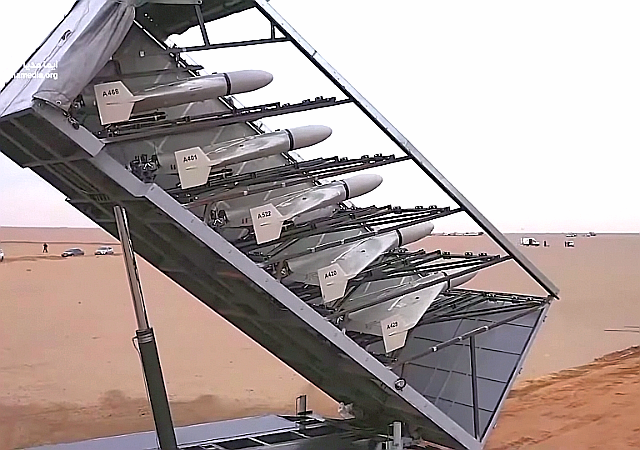 After weeks of denials, the Iranian regime admitted delivering military drones to Russia on Saturday.

The admission comes as the Russian military deploys hundreds of Iranian-made suicide drones to hit military targets, residential apartments, and power grids in the capital Kyiv and cities across Ukraine.

The rhetorical gymnastics continue–#Iran's regime says it never gave drones to #Russia for the war in #Ukraine but now adds that they gave only a limited number months before. The amount of obfuscation and outright lying is just embarrassing. No one believes him. https://t.co/fUPjcYcKfc

The UK newspaper The Guardian reported the Iranian confession:

Iran has acknowledged for the first time that it supplied Moscow with drones but said they were sent before the war in Ukraine, where Russia has used drones to target power stations and civilian infrastructure.

The Iranian foreign minister, Hossein Amir-Abdollahian, said a “small number” of drones were supplied to Russia a few months before Moscow’s forces invaded Ukraine on 24 February. He denied Tehran that was continuing to supply drones to Moscow.

“This fuss made by some western countries that Iran has provided missiles and drones to Russia to help the war in Ukraine – the missile part is completely wrong,” the official IRNA news agency quoted him as saying. “The drone part is true and we provided Russia a small number of drones months before the Ukraine war.”

Iran was forced to admit the drone delivery amid reports that the Shia-Islamic regime has supplied Russia with 1,000 Shahed-136 “kamikaze” drones. Tehran is expected to deliver a total of 2,400 attack drones as part of a weapons deal agreed upon with the Kremlin, media reports say.

#Iran made a choice to support #Russia's aggression, lied about provision of drones, now could even supply with ballistic missiles. Can't be any trust, any nuclear or other deals. Iran must face consequences- more sanctions. pic.twitter.com/m3TNlrcNxd

Ukrainian President Volodymyr Zelenskyy slammed Iran for lying about the drone deliveries and training Russians to operate them. The Ukrainian leader warned the Iranian regime of  “the consequences of complicity” for their “terrorist co-operation” with Russia.

(…) Zelenskyy claims the Iranians are not being honest about the amount they’re supplying.

He said: “By the way today there were messages from Iran, from official representatives where they did admit that they did supply drones for Russian terror.

“But even in this confession they lied.

“We shoot down at least 10 Iranian drones every day and the Iranian regime claims that it allegedly gave little. And even before the start of the full-scale invasion.

“Only during one day yesterday 11 Shahed-136 drones were destroyed.

We know for sure that Iranian instructors taught Russian terrorists how to use drones, and Tehran is generally silent about it.”

“Iran is seeking Russia’s help to bolster its nuclear program, US intelligence officials believe, as Tehran looks for a backup plan should a lasting nuclear deal with world powers fail to materialize,” CNN reported Saturday.

“The intelligence suggests that Iran has been asking Russia for help acquiring additional nuclear materials and with nuclear fuel fabrication, sources briefed on the matter said. The fuel could help Iran power its nuclear reactors and could potentially further shorten Iran’s so-called ‘breakout time’ to create a nuclear weapon,” the broadcaster added.

Under President Biden’s watch, Moscow and Tehran have ramped up their military cooperation, with Russia using Iran as a safe haven to bypass Western sanctions.

The question is how is Russia paying Iran for these weapons? Maybe with the blueprints for a nuclear weapon?

Blueprints, heck. Russia could make Iran a nuclear state in about twelve hours by delivering them a few dozen plutonium ‘pits’ from decommissioned weapons. All it would take is a dozen suitcases (they’re heavy). Iran would have to build a bomb around them (taking several months), but the PU is the comparatively difficult part.

Compare and contrast that with the CSS2-class surface to surface missile system that the Saudis bought from China back in 1980s. Literally, the only difference between the conventional warheads they sold and the nuclear warheads they could attach is one flight of a cargo aircraft from China. 24 hours from non-nuclear to nuclear able to attack anything in a 2,000 mile radius.

Not much to admit when it’s obvious. That’s like Biden admitting he has Alzheimers.

And no one cares. I don’t even see this issue (or anything about Iran) mentioned by the mid-term candidates or Congress, nor do I see anything about the Commander in Chief abandoning Americans in Afghanistan and then lying about it. It’s all a big disgrace.

Iran has been open about supplying drones to Russia since it started to do so. If you followed Defense Politics Asia instead of mainstream media you would have seen the Iranian and Russian statements to that effect a long time ago.

Who are you trying to insult here?

Well this story is being covered late because of reliance on “The Guardian” when using an independent source like Defense Politics Asia would have resulted in being aware this was never a secret and that Iran has always been open about its relationship with Russia including drone sales.

This isn’t even prior to the first open and active use of Iranian drones by the Russians.

Criticizing choice of sources doesn’t mean your insulting someone it means you are criticizing who they use as a source.

DPA has done an excellent job of covering the conflict.

Why we must support Israel and Netanyahu….which Biden and his regime won’t do.

Maybe if we pay Iran more, they’ll stop doing this?

Kinda raises the question: how’d they pay for the parts for these ones?

The amazing thing is all Iran has to do is sign on the dotted line.

If Iran doesn’t trust the Ruble it would be most definitely satisfied with food imports it is a net food importer while Russia is a major world breadbasket.

The Irani Regime might want to keep those drones. Might need them for women wearing the wrong hats who run too far for the rocks to reach.

The West should long since have booted the Mad Mullahs the hell out of Iran. Why they have failed to so act is a most interesting question.