Sen. Mark Warner: “I think Donald Trump was right. I mean, TikTok is an enormous threat.” 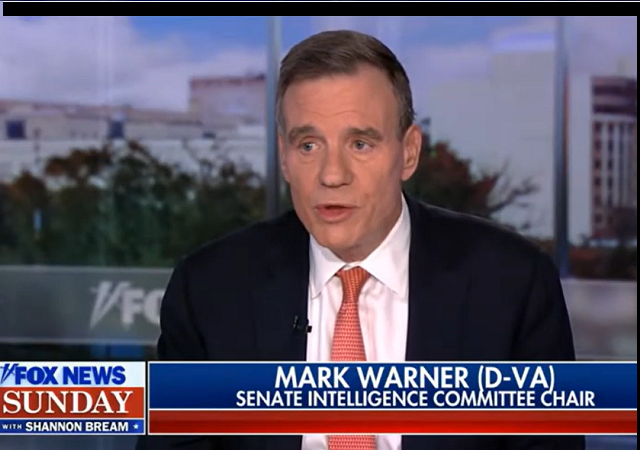 Back in 2020, then-president Trump moved to ban Tik Tok in the U.S. citing national security and privacy concerns.

“I think Donald Trump was right. I mean, TikTok is an enormous threat. … So if you're a parent, and you've got a kid on TikTok, I would be very, very concerned.”

Warner made the comments during an appearance on Fox News Sunday, telling host Shannon Bream that the app represents a major threat to Americans’ privacy. He also warned parents against allowing their children to download the app on their phones.

“Well, I think Donald Trump was right. I mean, TikTok is an enormous threat,” Warner told Bream. “So, if you’re a parent, and you’ve got a kid on TikTok, I would be very, very concerned. All of that data that your child is inputting and receiving is being stored somewhere in Beijing.”

Especially with China Joe and Shanghai Mitch around.

Warner is a jackass. Virginians apologize for his actions. I still have suspicions he leaked documents from the Security Council to the press but hasDemocratic immunity from exposure.

Warner is a jackass, but he is always trying to stay in the middle because that helps him stay electable in VA right now. That’s what he’s doing here again.

Sorry it was the intelligence committee. Ali Watkins mess.

But I thought President Trump was a loser and we need to move on?

We are so tired of all the backstabbing and abuse of his family and businesses, how many impeachments and lawsuits can we stand? And now the DOJ is after him with a head hunter who hates conservatives? How are we to stand it?
We can’t stand it, we have no courage or basic humanity or gratitude, so President Trump needs to just go away.

My kind of loser: the was right about the ecoomy, oil, foreign relations, the southern border, election integrity, and yes, TikTok, among many other things.

“how many impeachments and lawsuits can we stand?”

As many as it takes to toss his orange are into Rikers.

Also, no quantity of impeachments or lawsuits can possibly land their target there.

My tinfoil hat is similarly tingling. They have a “way in” with Musk’s other “relationships” with China providing “grounds” for suspicion, or at least innuendo.

Yeah they know they can’t attack Twitter over National security concerns while Tik Tok is raging around.

So expect some empty actions and noise about Tik Tok before dropping the hammer on Twitter. And Tik Tok will drop some sweet sweet cash into the Dem coffers to make sure the empty actions are just that.

What would we do without out tinfoil hats. It’s modern miracle of technology. Mine blocks out the harmful radiation (called nightly news) broadcast by the MSM.

What hasn’t Trump been right about?

The only thing Trump failed in, was his hiring of the swamp scum (like Jeff Sessions and William Barr) who sold him out. But then, NO ONE know these people were complete traitors. No one except the swamp.

Don Surber has changed his mind about Trump and has actually APOLOGIZED for denigrating Trump after the elections. Surber’s now on board again.

I never depended on Don Surber to tell me how to vote. If Trump is the eventual nominee, I will vote for him as I have already done two times. However, I will not vote for him to be the nominee, and I will not support him prior to his being the only alternative to whomever the Democrats nominate, if he is that, in 2024. He’s too old and too erratic.

A lot late to the party.

When Richard Burr was the nominal chair of the Senate Intelligence Committee, Mark Warner actually ran it. Did plenty of damage.

Warner won’t be up for reelection till 2026.