Crypto-King ‘Under Observation by Authorities’ as E-Coin Empire Collapses

Crypto-King ‘Under Observation by Authorities’ as E-Coin Empire Collapses

Sam Bankman-Fried described as a “Devil in Nerd’s Clothes” 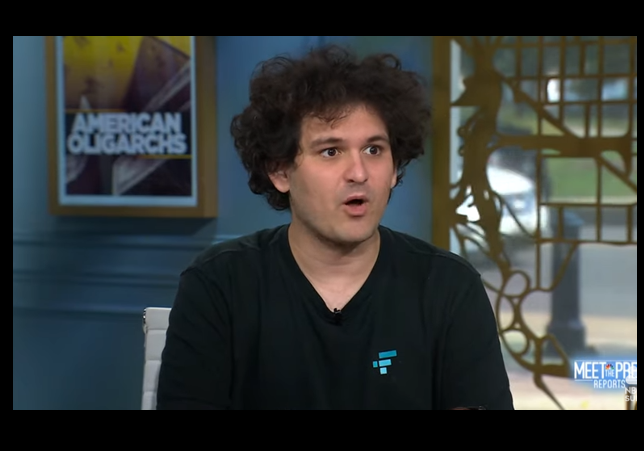 The founder and former CEO of a supposedly successful crypto business, Sam Bankman-Fried, is reported to be hiding out in the Bahamas while his empire collapses around him.

Bankman-Fried, 30, resigned from FTX on Friday, as the crypto exchange filed for bankruptcy and reports emerged that up to $2 billion in client funds had vanished from the company’s books in recent weeks.

According to Coin Telegraph, the disgraced former CEO is holed up at the Albany Tower alongside FTX co-founder Gary Wang and the company’s director of engineering Nishad Singh.

…A source told Coin Telegraph: ‘Right now three of them, Sam, Gary, and Nishad are under supervision in the Bahamas. Which means it will be hard for them to leave.’

The same source said that it was Bankman-Fried’s plan to escape to Dubai in the United Arab Emirates, a country with no extradition treaties, as the walls close in around him.

Bankman-Fried, described as the “Devil in nerd’s clothes,” bragged about his cryptocurrency exchange’s shaky business model and kept the books closed to all but a few confidants.

Well before the catastrophic collapse of his FTX cryptocurrency exchange, Sam Bankman-Fried told everyone what he was doing. He told them about his appetite for risk. He told them some crypto exchanges were “secretly insolvent.” Last year, he declared his net worth, then an estimated $10 billion, was in “mostly illiquid” assets. Even when Bloomberg’s Matt Levine suggested he was in the “Ponzi business” during an interview in April, Bankman-Fried didn’t disagree. “I think that’s a pretty reasonable response,” he said.

That he was headed for calamity was inevitable. But with the ecosystem of hype and awe built around him, few heard what he was really saying. Employees, customers, and investors alike all saw the dollar signs being minted from his crypto market makers, including FTX, leaving few reasons to believe what Bankman-Fried had been saying all along.

Prominent FTX backer Sequoia Capital was also caught in the gravitational pull, publishing a now-deleted 14,000 word paean to Bankman-Fried that likened him to fictional protagonist Jay Gatsby. (“Is crypto the new jazz?” the author wondered, apparently not considering that the titular Gatsby earned his fortune through crime.) This week, Sequoia wrote down its $213 million FTX investment to $0.

“Sam Bankman-Fried was the devil in nerd’s clothes,” said a BlockFi director whose future is now uncertain thanks to a now defunct deal with FTX that could have soothed the crypto lender’s liquidity woes after filing for bankruptcy itself in October.

Given the results of last week’s election, it could certainly be suggested Karma has come for a visit. Bankman-Fried was the second largest billionaire donor to Democratic causes. Altogether he gave $39.9 million, including $35 million to three different political action committees.

Bankman-Fried has supported Republicans during this cycle, primarily through his $2 million contribution to the blockchain and cryptocurrency-focused GMI super PAC. But the bulk of his giving, including $27 million to the Protect Our Future super PAC and $6 million to the House Majority super PAC, has gone to support Democrats.

Bankman-Fried told Forbes last month that “much of this was for primaries, rather than D vs R general elections” ($33 million of his contributions were made during the first four months of 2022.)

Hopefully, his next destination will be less pleasant than the Bahama Islands.

The Ukraine has long been a money laundering opreration for funds stolen from the US government by the democrats in power in the US (with the help of their co-conspirators in the GOPe). Biden admits it:

More on this story:

FTX Facing Criminal Probe By Bahamas Authorities, But Elon Musk Counters There Will Be “No Investigation” Of “Major Democrat Donor” SBF:

Ukraine is known more for pocketing dirty money than laundering it. It don’t think anything clean comes out of there, except possibly Hunter Biden who is one squeaky clean individual.

Man, I don’t agree. US “foreign aid” to the Ukraine pre-war has been an enormous scam: much of the US taxdollars paid makes a u-turn and returns to the pockets of democrats – and probably McConnell, Romney and other GOPe sh-t – in power.

The Russian invasion was totally preventable, and completely provoked, just so Biden’s puppeteers could ship off billions in new ‘aid’ that could make a u-turn back to the puppeteers.

The money isn’t lost. It just winds up in the hands of whoever took the other side of the bet.

What about the billions directed to “leftist causes”? This guy was a useful idiot, no less than Mark Zuckerberg.

You see where The Zuck was hit with 822 campaign finance violations in Washington state last week? Follow-on to prior conviction, net: still doing what was convicted of, violating contrition and “we’ll stop”, and still stonewalling. Judge’s finding is not subtle.

Guess who they were supporting. All on one side. Kinda like the ~$400 million in “election support” a couple rounds ago, all of which went to “get out the vote” operations that just happened to be in populations that skewed 80/20 one way.

Skewed which way? Skewed toward supporting the people who are threatening Musk lately for not playing along.

Donated to Democrats? What’s that you say?

“Donate” my ass. It’s money laundering and the money is used for illegal schemes. This guy should be indicted under RICO.

But Amerika’s Heinrich Himmler (Merrick Garland) will reward this clown, not imprison him.

It’s officially “money of color.”
Don’t you dare use that other phrase, you racist.

If “everybody knows how it works” they don’t even have to ask.

If he donated $40,000,000 to the DNC, how much of his untraceable cryptocurrency did he give to Democrat politicians.

The FTX thief stole $1 billion from his customers and donated $100 million to Democrats.
10% for the big guy?

He gets it. WAY too many of us don’t.

Other than the fact that he’s a Dem fanboy, I’m not sure what makes this a big deal.

People should have known by the time his currency (2019 for crying out loud) came to the market that the crypto sector was fundamentally flawed for many reasons:

1. It doesn’t have the anonymity that it was cracked up to have. The FBI proved that.

3. It’s rife with fraud….this guy is just one example

I hold one quarter of a bitcoin. I locked in my gains plus about 7k early on. Could I have inflated to more? Sure…but I’m stress free and can do nothing but gain at this point.

Yeah. Bitcoin is the least dirty shirt in hamper. The rest seem like flawed imitations, kinda like the guy trying to sell you a fake Rolex.

A ponzi scheme in energy futures, and indelible mark to trace transactions, backed by the full faith and credit of…

If we get a digital dollar in the US, all of the cryptocurrencies will be banned.

Surprised he hasn’t committed suicide by shooting himself in the back of hte head five times.

Since he’s stuck in the Bahamas with nothing else to do, maybe he should started on Fyre Festival II.

Any financial advisor who advises you to purchase anything crypto should be avoided like a rabid dog. At least with tulips, when the market inevitably collapses and the scammers/politicians run away with the cash, you can plant flowers.

Part of the problem, is “crypto” is one of those conflations, which I’ve come to believe are intentional.

— Yes a ponzi scheme, and a mania. About half a step from the new terf grabs when technology opens up a new use. Like Amazon becoming “the everything store.”

— A “crypto” currency has some interesting attributes none of the above negates. Most interesting is the underlying tech lets info be signed, and tamper-detected, as robustly as the crypto itself.

— These are interesting because they are non-fiat currencies. So, not backed by the govt. Economic activity on crypto can’t be extracted by the stealth-tax of inflation, to pay for unallocated govt stuff, on the backs of people doing work and holding value. (We hate them anyway. Serves them right.)

1- Don’t invest in a piece of the big blue sky.
2- Always sell overpriced garbage while there is still a bigger fool than you.

oh- and who decided to invest PENSION funds in this garbage?????? GOOD LORD!

Sam Bankman-Fried did not kill himself.

(I’m trying to stay ahead of the news cycle)