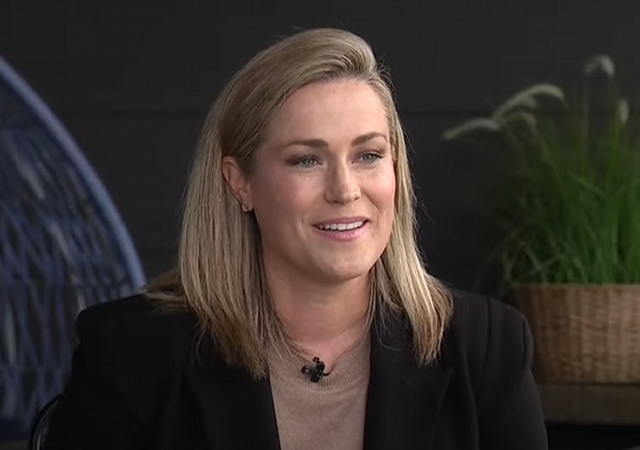 As we recently noted, Democrats are pouring millions of dollars into the Washington state senate race to defend Patty Murray from an upset win by Republican Tiffany Smiley.

A new poll from the Trafalgar Group finds the race in a dead heat with Murray ahead by just one point.

According to a post-debate Trafalgar Group poll, Republican candidate Tiffany Smiley is in a statistical tie to unseat 30-year Democratic incumbent Patty Murray, which if successful, will add to the projected GOP-controlled Senate majority.

The polling firm surveyed 1,207 likely General Election voters between October 25th to 28th just days after the first Smiley-Murray debate, and with a margin of error of 2.9 percentage points, Smiley has gained 2 points to poll at 48.2% to Murray’s 49.4% — a statistical tie. FiveThirtyEight gives Trafalgar Group an “A-” as one of the most accurate pollsters in the country.

This was the largest survey to date of any publicly released poll according to RealClear Politics with party affiliation at 44.2% Democrat, 33.4% Republican, and 22.4% No Party/Other. Approximately 80% of participates were white and 53.1% of all respondents identified as female.

This is stunning news.

Breitbart News points to another recent poll which finds the candidates tied:

Republican Tiffany Smiley has caught up with 30-year incumbent Democrat Sen. Patty Murray (D-WA) and is now tied in the race to Represent Washington in the U.S. Senate, according to two new polls.

The MIG poll found that eight percent of Washington voters remain undecided ahead of the upcoming midterm election. However, those undecided voters do not look friendly toward Murray, according to the pollster, because 80 percent of undecided voters think the country is on the “wrong track.”

If Smiley pulls out a win here, it will be nuclear.

This race is really intriguing me. WA is 100% mail in and a good share of the electorate has already voted (I mailed my ballot in almost three weeks ago). The Dems have been pouring the money in, so I am wondering if in addition to the polls they are seeing that Red areas have been significantly outperforming their vote turn in over previous federal elections?

When I was in the area in early September, I saw lots of Smiley signs in my deep deep Blue MS/AMZN/Google suburb and not a single Murray yard sign. Perhaps rather than people switching, they are just exercising their right to sit this one out?

And perhaps that is exactly what is happening.

That said, Washington State is corrupt and King County (Seattle) will manufacture “mail in” votes to save Murray. They will find a box of ballots and presto…

They will cheat.
They’ve already done it, more than once.

A good reason in King County to not vote early. The Democrats watch what the results are in early voting and in the last days harvest ballots from ‘homeless’, non-voters, and anyone else the harvesters can scrape up.

If, as Eagle1 said, WA is 100% mail-in (something I was not aware of), then there are, of course, no ballot boxes. All the vote counter need do is write down a number they like.

No expert on Wash politics but it does seem like there is always a really good Repub candidate there and they always fall short in the end. Just too many libtoids in Seattle.

I don’t care how you vote, it’s the machines that count the vote that count

Smiley. For the looks alone.

It’s not a coincidence that our women are so much better looking than theirs.

That, and the fact that conservative women don’t think that expending effort to look attractive is selling out, betraying their gender, or all the other stupid excuses leftists have for living like primitives.

Right up until they count the votes.

Smiley has run an excellent campaign, focusing on the issues.
Murray and the carpetbaggers have resorted to insults and lues.
Nvertheless, it is un uphill battle to overcome the Seattle corruption.

There’s polling, and there’s reality. If the polls say the Republican is a point behind, then the Republican is actually a few points ahead. Of course, reality does not take into account Democrat election fraud, which puts Democrats back in the lead just enough to win.

Look, Im not going to lie, Id vote for Tiff just because she’s incredibly hot! Oh, and because she represents SANE fucking policies! But yeah…mostly because she’s quite hot 🙂

Maybe Washington including liberals are tired of the damage caused by liberal idiots they have elected. It is time for a correction!