The Guardian: “Households could experience a series of three-hour power cuts this winter if Vladimir Putin shuts off gas supplies from Russia and Britain experiences a cold snap.” 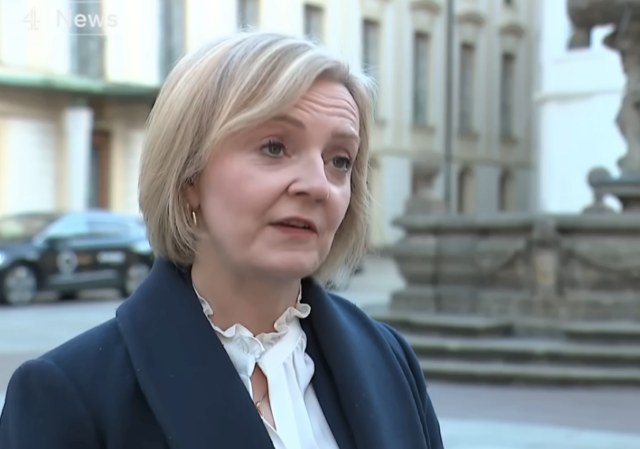 Nearly two weeks after the destruction of main undersea Russian gas pipelines to Europe, the United Kingdom could be heading for blackouts, government officials fear.

The UK government is gearing up for long power-cuts as Russian gas supplies to Europe dwindle ahead of the winter months. “Britain is ‘planning’ for blackouts this winter, a minister said on Friday,” the British newspaper Evening Standard reported citing Energy Minister Graham Stuart.

Though newly-appointed UK Prime Minister Liz Truss has ruled out energy rationing this winter, private power suppliers are telling British households to use less electricity during the peak hours. “Households are now being encouraged to sign up with their electricity supplier to a scheme which encourages them to use washing machines and other electrical appliances at off-peak times by giving them money back on their bills,” the newspaper added. Other options, according the daily, could be “paying people to charge their electric cars at off-peak times, and firing up back-up coal plants.”

National Grid, the network that supplies electricity to England, Scotland, and Wales, also confirmed that the country could be hit nationwide blackouts if Russian gas supplies continue to dwindle. “Households could experience a series of three-hour power cuts this winter if Vladimir Putin shuts off gas supplies from Russia and Britain experiences a cold snap, National Grid has warned,” the Guardian newspaper reported.

While Britain does not rely on Russian energy and imports nearly 80 percent of this natural gas from Norway, the country fears that continental Europe, particularly Germany, will increasingly source gas from Nordic countries, spiking prices and creating shortages.

Despite the disruption in the Nord Stream pipeline network, Russia still remains a major player in the European energy market. Russian gas can still flow into Europe via the Russian pipeline running through Ukraine and the TurkStream pipeline that supplies Turkey and southeastern Europe.

The looming energy crisis is the worst Britain has faced since the Arab Oil Embargo of 1973-74. “For the first time in 50 years, Britain is worrying about power cuts,” the BBC reported.

Britain, much like the rest of Europe, had pinned its hope on unreliable sources of power generation such as wind and solar energy and could face uncertain winter months if Russia further slashes gas exports to Europe.

The UK heavily relies on natural gas for generation of electricity. Some “40% of Britain’s electricity comes from gas-fired power stations,” the BBC estimated. Describing the impending electricity crisis, the British broadcaster noted:

President Putin looks set for the long-haul in his stand-off with Europe over gas supplies. So the continent will be shipping it in from elsewhere and cutting back where it can to keep the lights on.

The energy crisis is fueling nationalist and anti-establishment movements across  Continental Europe. In Germany, a new right-wing protest movement—backed by the opposition party Alternative für Deutschland (AfD)—is gaining strength by rallying against surging energy bills and rising cost of living.

“In several East German cities, thousands of people took to the streets again during the so-called Monday demonstrations,” the German state TV channel Der Tagesschau reported last week. “According to police, the most number of protests took place in [eastern German state of] Thuringia. A total of around 24,000 people participated in demonstrations and rallies across the state.”

In early September, more than 70,000 people demonstrated in the Czech Republic’s capital Prague against surging energy prices. The massive “Czech-Republic-First” rally blasted the country’s center-left government and the EU for their misguided energy policies.

Cold and damp is a tradition.

They should have listened to Trump. now they face self-inflicted consequences. I doubt that they have learned anything. We are not able to help because of Biden, ironic in that they share so much in common with our Marxist Dems.

This admin wouldn’t help Britain if they could. This is Obama 3.0, and they hate the UK. Remember their “every country is exceptional” and any country is just one of hundreds on the planet, all the same and equal and blah blah?

Somehow, I do not think the environment is particularly auspicious for EV sales. “If you don’t want to get frozen in an EV this winter, buy an ICE car.” EVs catching fire in the water after the FL hurricane was another spot of bad publicity.

Did you hear about the Tesla that crashed into a tree (before the himacane) and the driver couldn’t get out of the car because the computer was destroyed. The car caught fire and killed him. Apparently Teslas doors only work when the cars batteries and computer are working. There are no non electrical door mechanisms. That’s a serious design flaw if you ask me.

Sounds like for Christmas they will get a lump of coal.

Oh yeah, like us, they prefer to be green and cold.

Well the bright side is we might get a new generation of Dickinson stories.

I assume you mean Dickens?

“A Christmas Karen” – Karen is visited by a succession of ghosts on Christmas Eve. Unhappy with how they speak to her, she demands to speak with their manager.

Didn’t what used to be Britain used to export North Sea oil?

In what sense it his better-run national power grid, run better?

That question is both sarcastic, and dead-on. It ain’t better as a power grid. It is better as patronage, virtue signaling, and caving to the next layer overlords (EU, UN, various NGOs.)

The govt administered power grid ain’t run for the benefit of the people who use the power. This is what you get.

That U.K. monopoly National Grid now also being our energy provider here in Central New York (but not Ithaca’s) it would seem to be prudent for me to pay closer attention to what they’re doing over there.

All kinds of people been screeching about billing and ops changes over the last 2-3 months. At least:

— Recalculation of past bills with termination threats for the newly discovered difference. (One example just last week: iconic local corner diner: been there 30 years.)

— “Inspection” of gas main entry showing “totally eroded” and “immediate need for repair.” No repairs made or scheduled, a month since, now. “If you want something done; report that you smell something.” This is where I live — direct experience.

In ROC metro, there was that slimey transition of “energy sourcing”: announced when done deal, after the fact. You could, if you caught it, opt out. They’ve pushed that at least twice more since. (BTW, advertised as cost saving, but in the event costs more, including everyone I know who has taken their actual usage through the cost calc RG n E provided.)

The provider shift was political virtue signaling: “greener.” There’s fine print on availability and so on. You gotta look hard. None of the BS gets reported by Pravda on the Genesee, or the local “alternative” papers who are more collectivist types yet.

Friend of mine has a rural family farm with two independent kinds of sustaining power available. I’m gonna deploy the harvest systems n power management next warm season, if circumstances permit. If the whole grid goes for a while, we all can fall back there. I’m an adopted part of the clan, more handy than they are, so good to have around.

It’s become reasonable to plan for contingencies that were too unlikely to consider not long ago. I’ve added a goblin fleeing since they did light fires w/in 2 blocks more than once, and resilience to utility failures.

I grew up rural, so planning for outages is just nostalgic, kinda, for me. Back then, though, they treated service failures as a bug, not a feature; the problem was the elements, or occasional whack-jobs, not the overlords notions of acceptable loss.

They want to run it all, while daily demonstrating that they’re incompetent, and you’re on your own.

Or if Brandon gets a yen for some more underwater target practice.

More windmills! That’s the answer. Or freeze to death in the dark. That’s the probability.

I have a big affinity for Britain, but I have to say, UK voters put themselves in this mess and it won’t be fixed quickly. Oh well.

NYSERDA (New York State Energy Research Development Agency, or something like that) – seed funded new energy tech development included a better homestead-sized wind turbine generator. Better aerodynamics give it better harvesting over wider conditions. Smaller fan, you could put it near anywhere. Think those water-pumping windmills in every old cowboy movie. About that size, and about that easy to deploy.

NYSERDA required talking about how each project would plug into, and impact “the grid.” What about stand-alone?

I asked the lead idea man the same thing at the accelerator program show-and-tell: What about stand-alone?

He was more than dismissive; he was annoyed. He was also all about getting top-down funding to “put” it places they thought it should go. No interest in even talking about making available to people who want it just because they do, to power their installation: the grid’s just a feed.

The admini-drones get to play overlord because plenty of people would rather tell other people what to do than enable other people to do what they want. It pervades government, and public policy, of course. Seemed weird to see it in a skilled engineer, elegantly solving a technical problem.

NYSERDA is a horrible, dishonest group of con artists.

I have seen some single-team, single step progress funded through them. My advice to all who play with these and other state funding is:

“Your game is to avoid capture by the patronage. If they leave you alone to do what you’re doing, their money buys them association with your successes. If you let them call the shots, you’re done.”

Some people listen. Others keep getting grants, until they don’t any more.

Maybe Britain should tell Biden that they liked it better when the USA was an energy exporter.

“Strategy is for amateurs, logistics is for professionals.” A good piece of the modern world is about to suffer the consequences for having believed the lies about energy and renewables told by the ‘leaders’ it chose. This, much like what has happened with crime.

There is no cure for stupid.

MBAs with spreadsheets. The problem is your optimization by spreadsheet doesn’t account for the stuff you left out. So, sure, single-source that: better! Until something happens. Single points of failure are bad. Failure always happens eventually.

The only thing worse than MBAs with spreadsheets if MBAs and CS grads working together.