“It’s significant that the County has been able to make 12 new hires this year, but despite the financial incentives we’re offering, we continue to struggle” 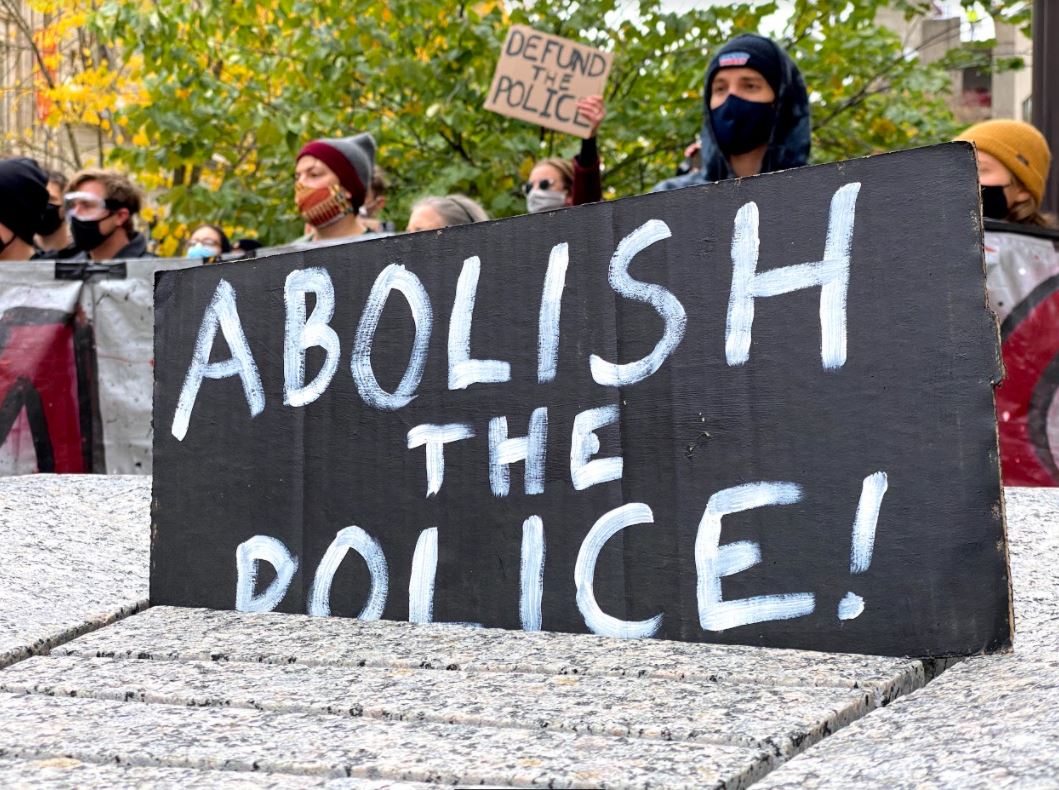 Law enforcement reform is something the left should never, ever be allowed to touch again.

I’ve asked the privilege of the floor tonight to address something I find deeply troubling. It involves one of the most sacred principles of faith in our republic: the freedom of the press.

It has come to my attention that a County Administrator has, for some time now, been exercising improper influence over a local publication. We do not yet know for how long this official misconduct went on, or if the problem extends to other news outlets, but a pattern of abuse is strongly suggested.

“I want to AGAIN share concern…on the column that mentions Reimagining Public Safety,” I quote from the email that has now prompted several FOIL requests and independent investigations.

In this communique, the county official seeks to rein in remarks made by Trumansburg Mayor, Rordan Hart, in an article about our neighboring villages’ 150th anniversary.

“Mayor Hart makes some pretty bold assertions, backed up by the columnist” … (that are) “undermining OUR efforts,” the county official says.

Mayor Hart had stated in the article: “what we have seen as a result of (the Reimagining) initiative is the willful dismantling of necessary services.” He describes the growing inability of Ithaca’s police department (IPD) to adequately support EMS workers, and how this is straining the resources of neighboring municipalities. He is not wrong to say so.

I myself reported in April on the early retirements of three high-ranking, decorated, and respected Ithaca Police Officers who all cited Reimagining Public Safety as the reason for their decision to leave. Early retirements continue to render new recruitment at IPD akin to building on a foundation of sand. Department attrition outpaces new hiring at an alarming rate. It takes two years for new police recruits to successfully navigate Civil Service exams and the Academy before they can be fielded. Many recruits who begin the process drop out. The training is rigorous and one must truly have “the right stuff” to be eligible to serve. There are currently 13 unfilled positions at IPD. The promise of higher salaries and signing bonuses for laterals has not meaningfully altered the city’s predicament.

“It’s significant that the County has been able to make 12 new hires this year, but despite the financial incentives we’re offering, we continue to struggle,” IPD Sergeant of Community Outreach, Mary Orsaio, tells me. “The uncertain future of the department has made potential recruits think twice about starting their career in Ithaca,” she says.

It is almost as if defunding the police caused a 30-40% increase in murders in a lot of pplaces. And some might even suspect that 80-90% of that increase were black people whom the dfunding movement was designed to protect, well, at least that is what THEY were saying when they floated the idea.

The Reimagining Public Safety initial report accused all Ithacans of being racist. A community that I’ve lived in for many years that is extremely welcoming to diverse ethnicities and backgrounds at the community level. How can any positive change come from such a deliberately wrong and ugly statement?

More worrying for myself is the unanimity and lack of political diversity at the city and county level. That somehow, despite one party controlling the vast majority of offices here, there has been some justice in revealing the bias, deception, and questionable practices of this process is remarkable to me. Remarkable because it’s painfully obvious to anyone who speaks with the officers, EMS, and other public employees who are on the front lines that their ability to perform their jobs has been compromised, but that same political party at the national level is hard at work gaslighting the public over their intentions from only three years ago.

For those less familiar with this topic, there are numerous investigations ongoing in Ithaca at this moment. Investigations at the city and county level over improper payments being made to “volunteers”. Improper influence by political activist groups that “volunteered” copious amounts of time to stage and dress the reimagining police narrative. The very mayor, Svante Myrick, who worked to put forward many of the proposed reforms also worked at and then left for a Directorship at the same group that helped prepare said reforms (https://ithacavoice.com/2022/04/op-ed-we-should-do-better/).

Unethical behavior at every level that, in some cases I believe may not have been intentional, and in others definitely so.