Ezekiel Kelly, 19, was charged with first-degree murder in April 2021 but pled to aggravated assault for a three-year sentence. He was released in March after only serving 11 months. 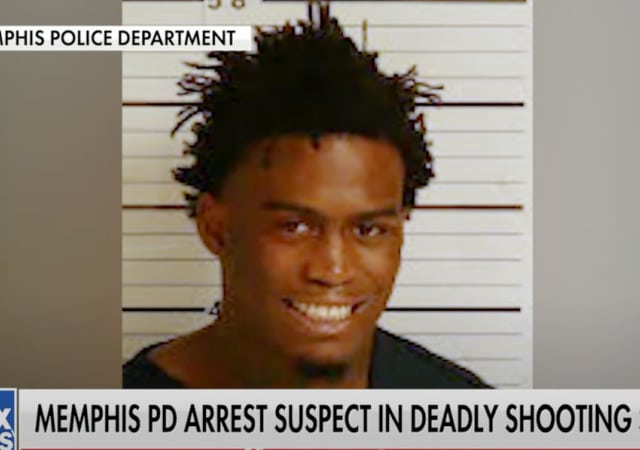 Memphis police arrested Ezekiel Kelly, 19, for allegedly killing four people and injuring three as he live-streamed the rampage on Facebook.

BREAKING 🚨 Ezekiel Kelly, 19, who was wanted for a shooting spree in Memphis is in custody after crashing a stolen car in Whitehaven, law enforcement says. https://t.co/3OKscsoXpK pic.twitter.com/VHzOIP1YSU 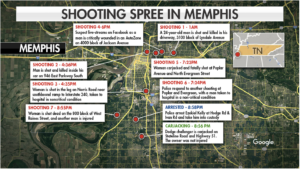 Kelly has a disturbing criminal past. Authorities charged him with first-degree murder, but Kelly pleaded to aggravated assault in April 2021.

Kelly received a three-year sentence but got out in March after only 11 months.

Before that, Kelly “faced four felony charges, including two counts of attempted murder, one count of reckless endangerment and one count of possession of a firearm in 2020 at the age of 17.”

Breaking: I looked into the criminal history of Ezekiel Kelly, the #Memphis gunman. Last year he was convicted of aggravated assault & sentenced to 3 years prison but was released early. His attempted murder & other felony charges were dismissed.

He was charged today with murder pic.twitter.com/MSg5fGnFOz

I wonder if he is related to that animal that stalked and murdered that female jogger?

Doubtful. They do not have similar facial features. Kelly’s run to DeSoto county to steal one of the cars he carjacked inclines me to think he lives in both Arkansas and Memphis.

The other shooter lives and has family in Memphis.

They need to keep him locked up this time.

I disagree. I think he needs to not be locked up at all. At least after the death sentence is accomplished.

Does Memphis have a Soros DA?

I think one was just elected in the last month.

Then this perp will be able to plead this down to parking in front of a fire hydrant and jaywalking.

The proponents of bail reform and lenient charging decisions are going to regret their actions. Most of us don’t have any problems with cutting a first time non violent offender a break.

The reduced charging decisions we are routinely seeing lead to adverse outcomes are PO average folks. They didn’t bargain for this. They will eventually elect far more strict DA and legislators who will roll this back and substitute three strikes laws and mass incarnation.

At this point, I don’t even want the jobs of the incompetent leaders that allow people charged with first degree murder to wander the streets. I want them in a jail cell right next door

I’d prefer them under the cell, along with the murderers.

I think we should confine them into a room. Give the “leaders” a hand weapon and the murderers be barehanded and see who survives. “Winner” gets to die quickly by the firing squad.

There was a time when garbage like this was dealt with in very harsh ways. Those times need to return. I don’t want to hear “misunderstood”, “deprived”, “poor family life”, “systemic racism”, blah blah blah.

The only way not to hear it is to plug your ears.

what possible justification could there be for releasing a proven violent offender like this guy back into society?–and early at that?–unconscionable–pity kelly didn’t encounter an armed citizen with an opportunity for a permanent solution

condolences to the victims

You know the world has gone to hell when the scourge of white supremacy has spread to black men!! (do I need a sarc tag here?)

I was just discussing this with a rather die-hard liberal who thinks that defunding the police was a really stupid move. The net result will likely be an additional 1000 blacks murdered in 2022 vs say 2020, a 33% increase. Does anyone really think that all of those excess murders were white people being killed by other white people? Defund the police has been a boondoggle for the black thugs of America.

“He was a good boy. Systemic racism and social injustice made him go bad.”
— Every leftwing heavily medicated white suburban Karen in the country.

He was an aspiring rap musician….

A friend of Kathy Griffin no doubt.

What no high school yearbook photos?

His “awnt” is looking through her stuff to find his kindergarten graduation picture.

I understand that Kevlar is making a mark as a fashion trend.

For those in the shopping mood, I have been very happy with my Bulletsafe VP3 and look foreward to wearing it, A LOT, under a baggy sweathirt this Fall. A friend and I also fabbed up a sheet metal knife plate for the front plate pocket as additional protection against the Portland feral human brigade who openly carry hunting knives.

This guy posed with 20 dollar bills fanned out at his feet. I guess that would have been impressive in 1922?

Well, hell. It looks like has has about half a paycheck there.

Posed with cash and guns.

All felony murder convictions should have an automatic appeal and if the appeal supports the lower court’s conviction, the murderer should be eliminated by capital murder options (hanging, lethal injection, or firing squad) ASAP! Public viewing should be allowed!

I see that Tennessee’s governor has put the death penalty on “review.” There is no doubt that it is richly deserved, in this case.

“He was charged today with murder”

But the gun that caused it, was sentenced to death.

Getting two counts of murder pled down to a single count of aggravated assault is some good lawyering. Or would be good lawyering, if I believed that wasn’t an unsolicited gift from the district attorney.

OK, is anyone here absolutely sure that this will not get cut down to less than murder charges, and that if convicted he will not be released early AGAIN?