Rare “Sudan Strain” has been identified. 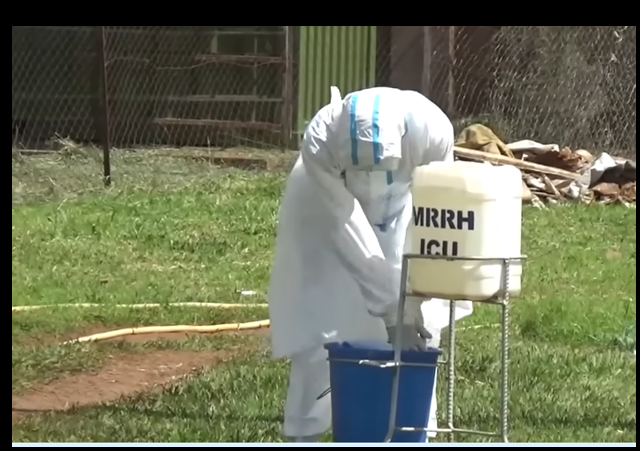 Public health officials have declared an Ebola outbreak in Uganda as four people died in the latest set of cases.

Uganda’s health ministry said it had confirmed 11 cases of Ebola in total, including the four deaths.

The current outbreak, attributed to the Ebola Sudan strain, appears to have started in a small village in Mubende district around the beginning of September, authorities say.

Seven other deaths are being investigated for being linked to the outbreak in Mubende, around 130 km west of the capital Kampala.

The first casualty was a 24-year old man who died earlier this week.

A one-year-old is also reported dead from Ebola infection. The current strain, referred to as the Sudan strain, was last seen in the country in 2012.

The strain is less transmissible than Ebola Zaire, Patrick Otim, health emergency officer at the World Health Organization Regional Office for Africa said at the briefing, adding that it had a lower fatality rate in previous outbreaks.

However, Otim said the Sudan strain posed a greater threat because the world did not yet have a vaccine for it like it has with the Zaire strain.

“So it’s very, very critical that at this point we treat this outbreak as serious because we may not have the advantage that we have gained in terms of advancement in medical countermeasures,” he said.

As a reminder, Ebola is a potentially deadly hemorrhagic virus with fever, vomiting, bleeding, and diarrhea being the main symptoms. Outbreaks are difficult to contain, especially in urban environments, and have been regular occurrences in the region.

People who are infected do not become contagious until symptoms appear, which is after an incubation period of between two and 21 days.

At present there is no licensed medication to prevent or treat Ebola, although a range of experimental drugs are in development and thousands have been vaccinated in the DRC and some neighbouring countries.

A year! More than Vietnam and Korean wars and no one seems to care

I remember the good old days before Obama, when we weren’t being continuously bombarded with the Epidemic of the Week. W had SARS, Trump had Zika (a joke), until they cranked the Louisville Slugger back and KOed him with COVID. But the Democrat presidencies seem to breed malignancies like a Lesotho dumpster yard.

Director aside (and even a few of the sleezeball actors), that is a great classic movie.

Shouldn’t it be, “Forget it, Jake. It’s Ugandatown”?

Once Texas forgot the Alamo, everthing turned to shit.

remember that one, colonel–at least ebola (zaire) is a genuine level 4 biohazard with a mortality rate near 100%–not some galatically over-hyped chinese flu