“That wretched woman and her bloodthirsty throne” 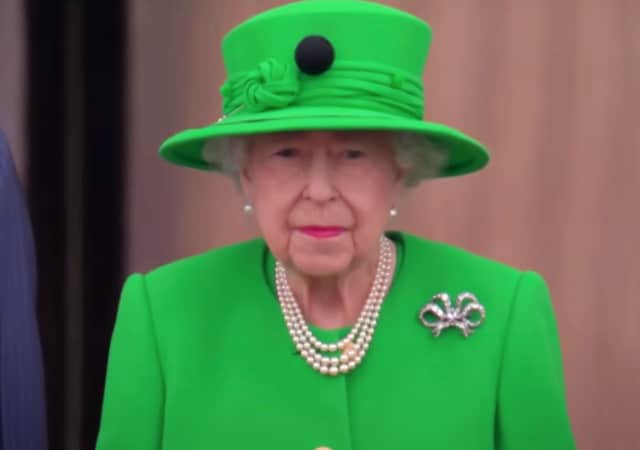 My understanding is that the tweet in question was so awful that Twitter took it down. You can see screen caps below.

A modern languages professor at Carnegie Mellon University took to Twitter early Thursday to offer her wish that England’s Queen Elizabeth “die in agony” during her final moments.

The reason for Uju Anya’s vitriol: Elizabeth was the “chief monarch of a thieving raping genocidal empire.”

The queen died a few hours after Anya’s tweets.

“That wretched woman and her bloodthirsty throne have fucked generations of my ancestors on both sides of the family,” Anya wrote. “She supervised a government that sponsored the genocide my parents and siblings survived. May she die in agony.

“If anyone expects me to express anything but disdain for the monarch who supervised a government that sponsored the genocide that massacred and displaced half my family and the consequences of which those alive today are still trying to overcome, you can keep wishing upon a star.”

How’d I guess he/she/it was involved with CRT?

As much could be said of Pelosi. and yet it would still be reprehensible. Meanwhile, having said what she said, there is clearly something very defective in the professors personality that makes her unsuitable for any role in leadership, instruction, education or counseling.

Alas, we may defer to Whoopie’s insight and adjudication. Was that vitriol really HATE hate or a mere incidence of academic PMS?

Jimmy Carter was ashamed that he “lusted in his heart.”
Today’s leftists push their vileness right into your face.

What does she teach? Ghetto-speak?

Nothing to see here. Just some free speech. Move along.

At least she didn’t say anything nice about Donald Trump! That would have been beyond the pale.

Which alleged genocide is she talking about?

Her parents were Nigerian. So something that supposedly happened there during British rule. I’m not sure what that might be. As far as I can tell the main British effect in Nigeria was to put down the slave trade, and to introduce civilized administration and government. Nigerians were certainly better off under British rule than at any time before or after.

This woman is a race hustler and actually hoping for an elderly woman to suffer a painful death.

The is no excuse for wishing pain on anyone.

When the worst of the worst criminals are executed in the USA, the government wants to minimize any pain.

This woman has brought shame on her employer and should be fired.

I am not clear that a Theory of Complaint helps make things better.

Perhaps I missed Prof CRT in Many Languages’ offered examples.

The students of this vile person are the ones getting $10,000 because they will graduate and be unemployable. For someone so angry and putrid she has done quite well for herself. It would seems that living enraged and intolerant pays well but I sure couldn’t stand to do it.

CM needs to step up and terminate this person. She is a campus mass murder waiting to happen.

BTW: CM’s response “the views she shared absolutely do not represent the values of the institution, nor the standards of discourse we seek to foster”

Yeah, actually they do as you are giving her a well paid job to spout this vitriol.