Take this opportunity to educate your children as they head back to school. 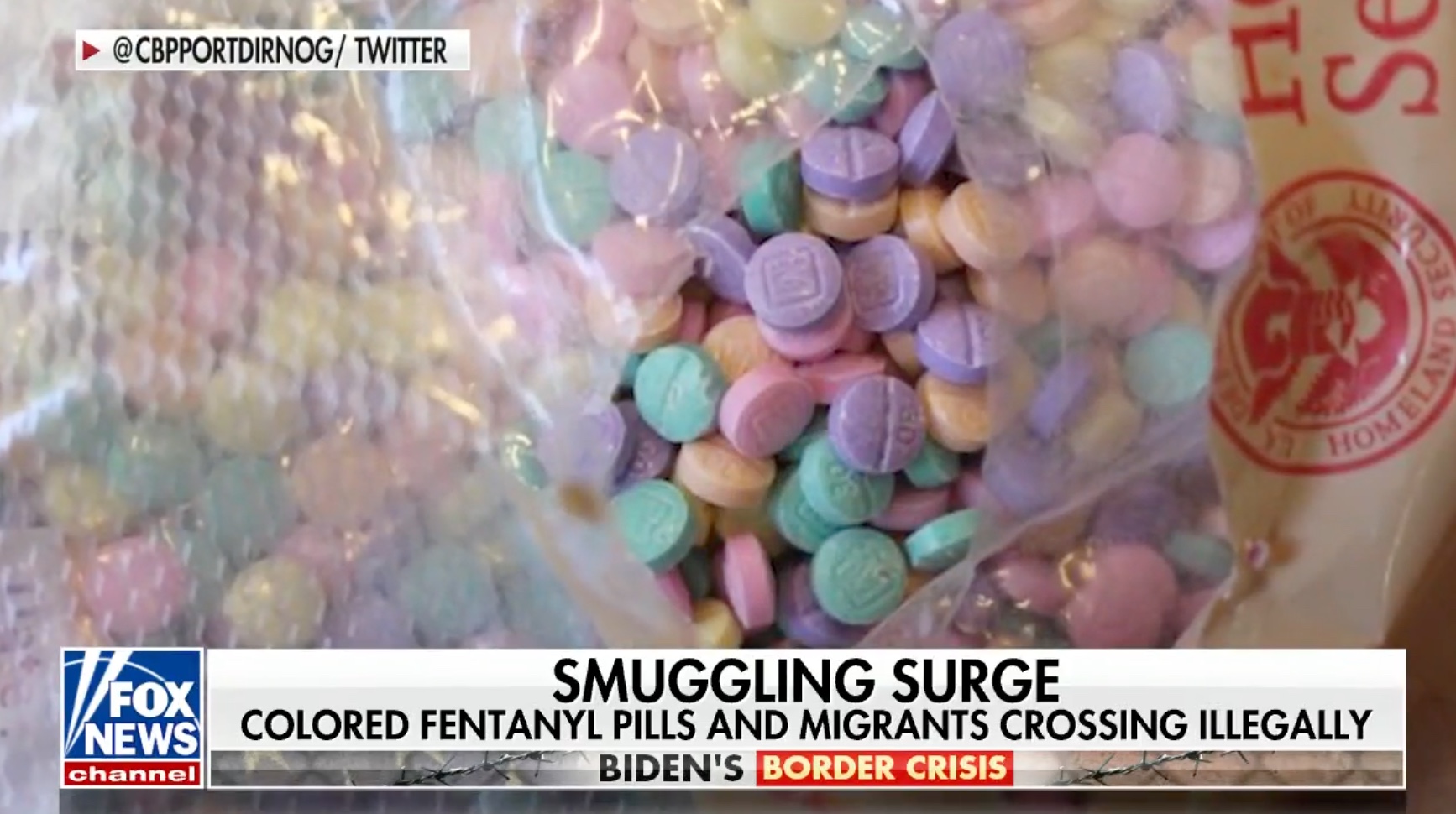 Bill Melugin reported Thursday that CBP seized 265,000 fentanyl pills over two days and some were colored.

Port Director Michael W. Humphries tweeted that this could “be the start of a trend with Transnational Criminal Organizations targeting younger users.”

The targeting of children is terrifying.

8/17 CBP officers #Nogales POE seized over 15,000 fentanyl pills strapped to a person’s legs. Second consecutive day colored fentanyl pills with the appearance of candy seized .This could be the start of a trend with Transnational Criminal Organizations targeting younger users. pic.twitter.com/y5KT5Zveop

Rainbow and powdered fentanyl was confiscated from a home in Portland.

Deputies discovered body armor, $5,000 in cash, nine guns of which some were stolen and drugs. The drugs include meth, heroin, 800 pills of fentanyl and four grams of multi-colored, powdered fentanyl, often called “rainbow fentanyl.”

“We are partnering with Multnomah County health departments to sound the alarm,” Special Investigation Unit Sergeant Matt Ferguson said in a statement.

“The public needs to be aware of the rising use of powdered fentanyl. We believe this is going to be the new trend seen on the streets of Portland,” he continued.

Authorities are particularly worried about young adults or children ending up with rainbow fentanyl, as they could mistake the drug for something else, like candy or a toy, because of its color, Fox 12 reported.

Earlier this month, we mentioned that the fentanyl crisis is not slowing down. If you followed the feeds of the CBP officers and directors, you would see that thousands of fentanyl pills are seized daily coming across the border.

We need to make sure this does not ruin Halloween.

Whether it’s candy-looking pills from the dopehead on the street, or it’s speed prescribed under the pretext of ADHD by a guy in a white lab coat, kids have no business taking drugs.

Just because it’s “legal” doesn’t make it any better than the street stuff.

Yet, Boarder patrol agents were video taped unlocking a gate on private property that a Texas Guard locked to let these f-king illegals in

Right, back the blue, or khaki in this place

I stopped believing that BS some time ago

There doesn’t seem to be any evidence that they’re targeting children. It’s just pure speculation.

On the other hand, stupid drug user parents leaving them around children, will no doubt lead to ingestion, as would a dropped bag on the street.

Kids are already sugar junkies, this will pave the way to more fentanyl use.

An international criminal cartel is doing this? So, the FBI and CIA are branching out. That’s why the US Border Patrol opened the gate. Agency cooperation.