The thief should not have been on the street. 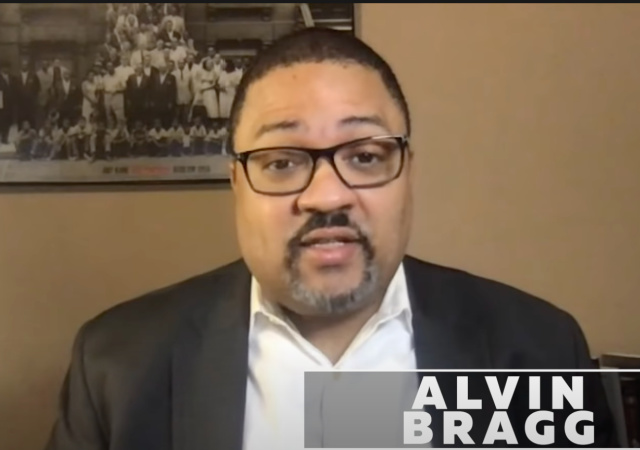 Police arrested Anthony Ibanez, 32, for allegedly trying to rape a 15-year-old girl in the Bronx. From The New York Post:

Anthony Ibanez, 32, allegedly shoved the girl to the ground at around 2:40 a.m. Wednesday in Parkchester, sexually assaulted her and then chillingly threatened, “I’m going to take you to a quiet place and f—k you,” according to the criminal complaint against him.

Sources said a good Samaritan stepped in and stopped the attack, and Ibanez — who was roughed up by the unidentified hero — allegedly later went to the 43rd Precinct claiming to be the victim of an assault.

But cops recognized him from a description given by the teen and arrested him on charges of attempted rape, according to the sources.

Told girl, “I’m going to take you to a quiet place and f—k you.” https://t.co/RzrmOl5tJN

Ibanez should not have been on the streets.

At the time of the horrifying attack, Ibanez was out on no bail in a case from three months prior where he allegedly robbed a Hell’s Kitchen deli with a Taser-wielding accomplice.

He was busted May 25 after he and the partner-in-crime allegedly stole a tip jar and other items from the Plaza Gourmet Deli on Ninth Avenue near West 43rd Street, according to the criminal complaint in that case.

Jason Clark, 22, allegedly fired the stun gun when someone tried to stop Ibanez from running out of the store with the items, the court document states.

Cops charged Ibanez with robbery in the first degree with use of a dangerous instrument, an offense that would have been bail eligible under New York state’s criminal justice reforms.

Robbery in the first degree (dangerous instrument) is “the most serious type of injury.” Ibanez faced up to 25 years in prison.

The New York law defines a dangerous instrument as “any instrument, article or substance (including a vehicle) which, under the circumstances in which it is used, attempted to be used, or threatened to be used, is readily capable of causing death or other serious physical injury, that is, serious and protracted disfigurement, protracted impairment of health or protracted loss or impairment of the function of any bodily organ. Under that definition, death or other serious physical injury need not in fact be caused.”

A Manhattan judge released Ibanez “one day after his arrest with a temporary order of protection issued against him.” His criminal record only had a marijuana arrest a decade ago.

Then cops arrested Ibanez on July 15:

Ibanez was arrested again on July 15 after he allegedly made off with about $50 worth of items from a 7-Eleven in Lower Manhattan, according to sources.

He allegedly had a hammer and a knife in his possession when he was busted — and police at the 1st Precinct let him go with a desk appearance ticket on petit larceny charges, the sources said.

But he never showed up to his scheduled court date, and while a warrant was issued for his arrest on Aug. 4, according to sources, he remained free to allegedly assault the teen girl early Wednesday.

His title should be changed from District Attorney to District Enabler since he no longer goes by the rule of law but by his feelings.

Just protecting a brother… Probably got roughed up by a non-POC. This is restorative justice.

How is a criminal who is a Democrat “Protected Class” by either ethnicity or gender identity going to advance in his chosen career as a criminal in a Democrat polity if he/she/it is not protected from prosecution or incarceration by Democrats? What surprises me in this is that when: “cops recognized him from a description given by the teen and arrested him on charges of attempted rape, according to the sources” that the police were not charged with a race hate crime by the DA.

The good Samaritan roughing him up a bit might be the worst punishment he gets for both crimes.

Amazed the Good Samaritan didn’t get arrested..yet. I wonder if the Bodega case gave the DA the hint that his actions were not appreciated by the remaining good people of NYC? .