“Put aside ideology, I think he thinks CNN sucks.” 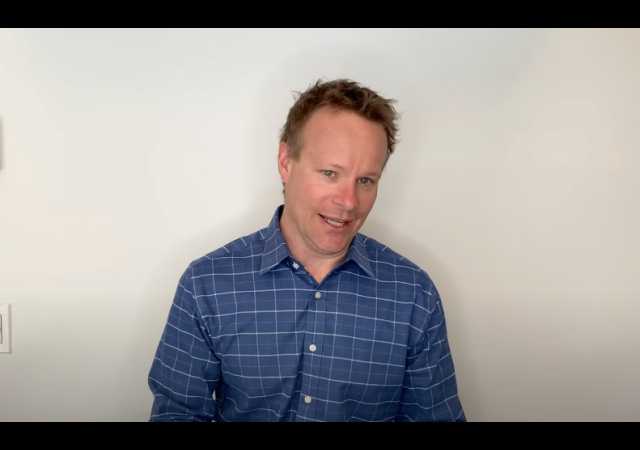 Republican lawmakers told The Washington Free Beacon that they don’t believe Chris Licht, CNN’s new CEO, when he promises to end the partisanship at the network.

Licht took over when Jeffrey Zucker stepped down for failing to disclose a relationship with a colleague.

CNN has been in disarray for a while. Licht pulled CNN+ a month after the launch. He wants to eliminate the partisanship that grew during President Donald Trump’s administration. He’s supposedly “evaluating whether personalities and programming that grew polarizing” during that time could survive a change to non-bias format.

Last month, Licht met with Democratic and Republican senior congressional leaders “to strengthen the network’s relationships with key lawmakers, many of whom have turned sour on cable news.”

Did it work? Probably not:

“I think he does genuinely want that to happen,” one Republican lawmaker told the Washington Free Beacon. “Put aside ideology, I think he thinks CNN sucks.”

The Washington Free Beacon brought up a column at Puck by Dylan Byers because he noticed Licht’s changes include making up the leadership team with “exactly the same people who were working under Zucker.”

“One might disparagingly call it a rearranging of deck chairs on the Titanic,” wrote Byers.

Licht appointed Virginia Moseley to executive vice president of editorial, making her “responsible for the bulk of the network’s TV and digital newsgathering.”

Moseley is married to Tom Nides, Biden’s ambassador to Israel.

Others remained at the top as they were under Zucker:

Among the business-side appointments Mr. Licht announced on Wednesday were two other executives who worked under Mr. Zucker. Johnita Due will be the network’s executive vice president of integrity and inclusion, responsible for CNN standards and practices in addition to her duties overseeing diversity, equity and inclusion. Ramon Escobar, CNN’s senior vice president of talent recruitment and development, will be in charge of the network’s contributors.

All television news has been banned from this household. My quality of life has skyrocketed.

Even the alternative news outfits are unwatchable. Bad announcing, and overuse of graphics and effects. I give you OANN as an example.

Take the next step like I did 10 years ago.

I don’t even pay for cable. It’s insanely overpriced, for the monthly price of cable which is 98% crap I don’t even want, I can pay for FOUR different streaming services and still have money left over. If there’s something I want to watch that isn’t on the services? I can just buy it from Amazon and still be saving money from the crap cable.

Cut the cord and be done with their crap.

I don’t even get internet from my cable provider anymore. I got tired of the calling in every 11 months to re-haggle the price because the “come-on” price was always for the first 12 months.

Now, I am using wireless internet from T-Mobile. I’m an an area with a blowtorch tower signal, and I am getting 180 to 220 mbps download, and about 85 upload. Over in town, the electric utility has fiber with fixed price as well, but it’s not out here. Yet.

I stopped cable long before you did! We have Prime, I don’t watch a lot on that.
All I watch are old bad movies and old good movies.

Some of the old bad ones are SO bad, they are wonderful.

Mel Torme and Mamie Van Doren in Girls Town as I type this.
You be the judge….

Honestly, I don’t believe anything the Republicans say either.

Their record is no better that CNN’s and there is no reason to expect “rearranging the deck chairs” without a “major personnel change” at the GOPe is going to deliver anything different or better there either.

I have to agree. One only has to take a look at the hack who is the Chairwoman of the GOP, Rona Romney McDaniels:

McDaniel is famous for blowing a landslide presidential election win and allowing it to be stolen by a candidate with dementia who never left his basement.

The RNC and Romney McDaniel blew it. They offer the American people nothing as the communist Democrats rip apart and destroy this country.

I disagree on one point.

The RNC simply is the enemy. This is their deliberate and informed choice.

They are no different in concept and execution than the left except their goals and agenda is going in a different way.

The RNC proper simply has no intention whatsoever to do or fix anything or take any action or stance to better the American people. Anyone who believes different is simply living in a personal delusion because there is no tangible factual support to validate any other stance.

The GOP did not “fail” to do anything on the election- they DELIBERATELY aided, abetted and are currently covering for and obfuscating all efforts to investigate and prosecute the theft. ( much worse that simply “failing to take actions”)

The name is so tainted that you’re better off just closing up shop and throwing it out.

You’re forgetting the CNN name is gold to the left and DC.

This is a believe it when I see it story, especially because you can’t terminate somebody for being a partisan hack if you have a contract with them and the entire lineup at CNN well we know what they said about us, if they didn’t mean it they have no credibility on anything if they did than why should we listen to them when he forces them to change their tune?

That said CNN is as mainstream as it gets so major change there would be big news and good news.

I applaud their efforts to tone down the rhetoric.

However, how can you expect (potential) viewers to believe that the same people that were so highly partisan will now suddenly be paragons of neutrality and honest journalism?

Someone once said that to really see a person’s character- give them power.

That tells me we are seeing the “real” them.

If true, that any change from that ( without a change in headcount) is simply an act put forth for the benefit and acceptance of the sheeple so I wouldn’t believe it anyway.

Scorpion promises not to sting frog on this time across the river.

Due to partisanship and nonstop lying, CNN has been in disarray for a while.

New CEO comes to to town and promises changes—changes include making up the leadership team with “exactly the same people who were working under Zucker.”

Isn’t this called, “rearranging of deck chairs on the Titanic”?

Well, yeah. “Okay, back to business as usual.”

Isn’t that the definition of crazy? Do the same thing over and over and expect different results?

More likely the definition of ‘corrupt’. Example: how many times has Pelosi been voted in as Speaker?

“I’m not buying this. I’m not even renting it.”

My advice to CNN is require the identification of every person who ever worked for a d/prog admin and office holder or who ran for office. Not once but every time they begin an interview: ‘ Thanks for joining us Mr/MS r Congressman, now as you know I was a press secretary for long-term d/prog Senator Y’. Every single interview.

Then require refusal from any story about that touches the employer or industry of their spouse or adult children. Your spouse on the board of x tech co? Sorry no soup for you. Your kid is employed by z pharmaceutical co? Nope. You don’t get to talk about industries, companies or public policy that touches things your spouse or adult children are involved in. No exceptions. Get guest hosts or better yet replace these cronies with people not married, born into or who worked with/for the incestuous DC beltway and corporate/academic establishment. You know people without an axe to grind.

I understand that it can get very expensive very quickly by firing a bunch of people on and off the air at one time. I will judge him by the contracts he chooses not too renew and who he hires to replace them with once the contract expires.
The on air message hasn’t changed, the same flamethrowers are still in their highly visible roles spewing the same tired message and opinion. You can’t raise the ship until the leaks are plugged.

I had some initial hope for NewsNation, I was one of the few thousand that checked them out early in their run, However they haven’t gained much of an audience and quickly drifted into the opinion world format for much of its programming instead of a network based upon news reporting. Their recent hires of Dan Abrams and now Chris Cuomo has driven me away from their news programming as well.

Assuming, just for discussion, that the people do as instructed and tone it down – how far down? Will they drop the level of hate from 11 all the way back to 7.5 and call it success?

And then, when President Trump runs again, will they still be so restrained?

I just don’t see a realistic chance here of CNN ever becoming an actual news network.

Now if we could lift the bans by Fox News and LI for covering Trump news.

No I hadn’t. Thank you for the link.

His goal is to make it more watchable, not less leftist.

Me thinks Lucy will again pull the football.

Wake me when…
Aw, you know what? Fuggit, just let me sleep in.

Wake up. Wake up.

Why would anyone believe anything from the Clinton News Network?

Misinform me once, shame on you. Disinform me twice, shame on me. Steer me as I take a knee, beg, without dignity or agency. Perhaps a new label would revive their viability.

Meet the new boss. Same as the old boss.

CNN has never been a news network, why would they start now?

Headline news was decent in the early days.

If he’s serious, hire Dan Bongino to do a show as he likes. Even better, resurrect cross-fire with Dan and, ohhh, Stelter? LOL

After putting lipstick on a pig, you’re still left with a pig