CNN+ Shutting Down Only 30 Days After Its Launch

CNN+ Shutting Down Only 30 Days After Its Launch

Gee, who saw this coming? 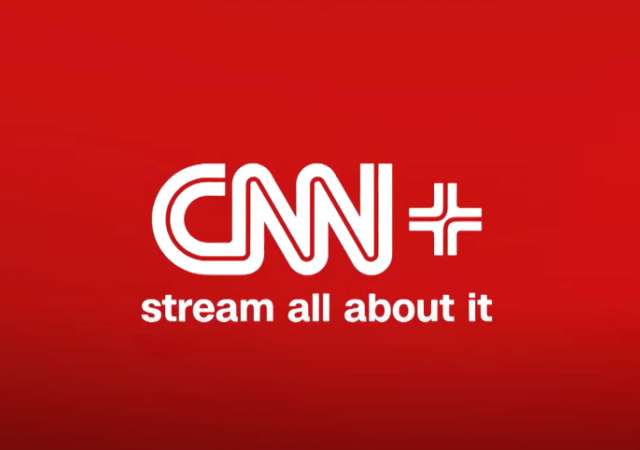 This is a breaking story. I will add more later.

CNN+, the streaming service that was hyped as one of the most significant developments in the history of CNN, will shut down on April 30, just one month after it launched.

The decision was made by new management after CNN’s former parent company, WarnerMedia, merged with Discovery to form Warner Bros. Discovery.

David Zaslav, the chief executive of Warner Bros. Discovery, has said that he wants to house all of the company’s brands under one streaming service. Some CNN+ programming may eventually live on through that service.

Discovery wanted WarnerMedia to not launch CNN+ until after the merger. It upset Discovery CEO David Zaslov because he wants everything in one package:

The prior management team’s vision for CNN+ runs counter to Warner Bros. Discovery CEO David Zaslav’s plan to house all of the company’s brands under one streaming service. Some CNN+ programming may eventually live on through that service. Other programming will shift to CNN’s main television network.

“In a complex streaming market, consumers want simplicity and an all-in service which provides a better experience and more value than stand-alone offerings, and, for the company, a more sustainable business model to drive our future investments in great journalism and storytelling,” Discovery’s streaming boss J.B. Perrette said in a statement.

“We have very exciting opportunities ahead in the streaming space and CNN, one of the world’s premier reputational assets, will play an important role there,” Perrette added.
Perrette and incoming CNN CEO Chris Licht notified staffers of the decision in a meeting on Thursday afternoon. Licht bluntly told employees it was a “uniquely shitty situation.”

Perrette made some snide remarks toward the previous leadership, which includes Jeff Zucker:

“Some of this was avoidable,” he said, but “prior leadership decided to just keep going” with the planned March launch of CNN+ despite the impending merger, he said.

The time it took to make this decision is significant in the passage of events relating to things that we stand in awe of in space.

Now if they would just shut down the rest of CNN.

I never subscribed, either. After I cut the cord, I did have Amazon Prime (until I ditched them in disgust several years ago), so I didn’t really “need” Netflix since there was a lot of watchable content on Prime. By the time I got a clue and ditched Amazon, a zillion free streaming channels had sprung up, and to this day, I don’t subscribe (i.e. pay) to a single streaming service and won’t until this woke nonsense is over and done with.

Hey, if that’s worth it to you, great! Nothing at all wrong with that. 🙂

He may be on a street corner holding a sign that says ‘will work for ratings’.

My guess is that he’ll land back at Fox. In his old gig like nothing ever happened.

If CNN goes out of business, Fox News will have to increase original content spending by 33% to fill the void left reporting on crazy liberals.

It’s called supply and demand. When the supply of bullshit exceeds the demand you cannot go into business and expect to sell it for a profit. Right now bullshit is free and there is more than enough availble to last for many years.

Aw, that’s too bad. Watch me cry as I play my tiny violin.

Chris Wallace is now a free agent. Just like Colin Kaepernick. They ought to make a buddy movie.

The overlooked, maybe downplayed is more accurate, theme beyond ‘go woke, go broke’ is why that is so. The point is that all these adventures in wokedom attempting to supply never-ending SJW content doesn’t have an audience base large enough to sustain it. The political impact of these foolish decisions are downstream of this and will be felt in November.

The US is and has always been a center-right Nation culturally. All this SJW programming is developed with the idea that on average the American People want it. They don’t, which is why cord cutting has been a thing for years. CNN+ and Netflix and Amazon are funding financially unsustainable products. Unsustainable because they are do not have mass appeal. The current acceleration of the existing shift among traditional d/prog base voters away from them and towards r/populist is one example. The overwhelming backlash v CRT/equity, trans ideology and the ed establishment attempts to undermine or exclude Parents is another.

This is why they try so hard to shut down any and all dissent, up to and including conservative media, including film and television.

They truly believe that if only they were the only game in town America would suddenly go woke. It wouldn’t even if the left literally owned all the airwaves and could dictate what is shown online, via cable, everywhere. We’d all just go back to watching our old DVDs, playing board games with our family and friends, reignite our passion for reading (all the “bad” things the left hates: the Bible, the Constitution, real history, good canonical fiction, etc.), and spawn a whole culture of conservatives working and playing together in person (gasp!) since there’d be no one watching the leftist crap even if it were the only thing available.

Absolutely they do believe that and the d/prog true believers are trying mightily to create an effective return to the days of news centralization. It’s why they flipped out about Rush in the 90’s, Fox News in the 2000’s, conspired to crush Parlor and currently seek to prevent Musk’s purchase of Twitter.

It’s why the ed establishment is so threatened by the idea of Parents knowing what’s going on in schools or voters asserting themselves to elect reform minded candidates to school boards. They lose the battle of ideas when the facts come out and people have a choice. Their only strategy is to eliminate the choice by controlling all the mediums to transmit the truth.

And I just read that Spotify declined to renew their podcast contract with the Obamas.

Despite the several headlines that say, to this effect, “Obamas to End Exclusive Deal With Spotify” (see, e.g., https://variety.com/2022/digital/news/obamas-cut-ties-with-spotify-1235237381/), you, Exiliado, correctly reported this.

Credit to CNN’s new management. It, too, got it right.

https://www.cnn.com/2022/04/20/media/obamas-spotify/index.html
“The person said that Spotify (SPOT) did not make an offer for the rights to distribute the content from Higher Ground, the production company of Barack and Michelle Obama.”

Could be the start of the Zombie Apocalypse. Dead media companies rising from the dead to consume the flesh of faux journalists.

Wait a minute – you mean Chris Wallace is out of a job?! If true, I hope he never works again!

There’s a huge demand for truck drivers. Good truck drivers can make a nice living and be proud of what they do. Unlike the media skunks that tell lies constantly. Don’t know if Chrissy could handle it though.

It’s probably not nice to laugh at the misfortune of others, but what is schadenfreude for? CNN+ was dead before it was born, and those idiots just couldn’t see it.

Too bad. They had a host of eager advertisers lined up around the block: New Coke, Apple Newton, DeLorean, Trump Steaks, Segway, Betamax, and Edsel.