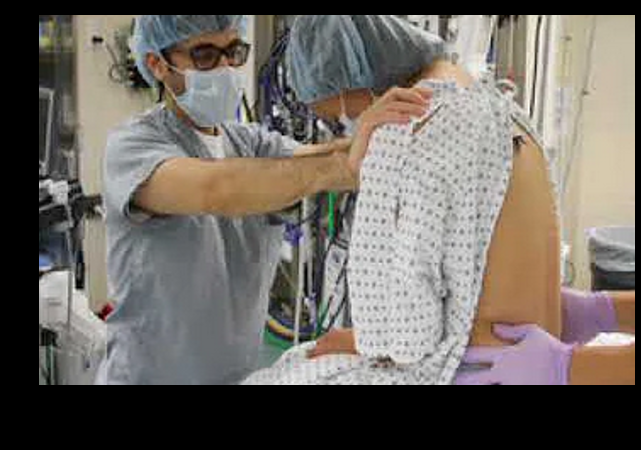 One has to wonder if there has been a war declared on childbearing.

We have been covering the baby formula shortage in this country. Despite the lack of media interest, the shortage continues and is not likely to be ending any time soon either.

“It has been such a struggle. We first learned about the recall back in February, and I had just stopped breastfeeding our daughter six days prior,” Jillian Arroyo, mother of one, told “Fox & Friends” host Ainsley Earhardt.

“After learning about the recall, I had to start pumping again every two hours around the clock. I’ve now been breastfeeding for an additional six months that I wasn’t planning on breastfeeding… we have no end in sight,” she added.

Now there is a global shortage being reported for epidural catheters for kits, which are commonly used to relieve back and labor pain, as well as a spinal anesthesia for some surgeries.

At present, most of the catheter shortages are being reported by hospitals in Canada, with anecdotal reports of shortages in the United States. Epidural catheters are thin plastic tubes that are inserted into the lower back by a needle to allow physicians to deliver steroids and other pain medications to the spinal area.

Health Canada last week added Flex-Tip epidural catheterization kits to its list of medical device shortages. The shortage began on July 18 and is expected to continue until the end of the year. The epidural kits are made by Arrow International of Pennsylvania, which did not respond to a PNN request for comment.

The reason for the shortage is tied to a supply chain issue related to the dye used in those kits.

This specific supply chain issue relates to the lack of supply of blue dye some manufacturers use to colour the special low-friction plunger-style epidural syringe. This syringe is important because anaesthetists use it to identify the epidural space in the patient’s back.

The syringe is usually filled with saline and connected to the hollow epidural needle, which is then slowly advanced into the back.

The anaesthetist places constant pressure on the syringe and when the epidural space is located, there is a “loss of resistance”. The saline passes easily into it, opening up this space so the epidural catheter can smoothly be passed into it

In June, I noted that there was a contrast dye shortage impacting the ability of hospitals to conduct specific procedures. The shortage continues and doesn’t appear to be abating until September.

The global shortage of iodinated contrast dye, which has forced hospitals to postpone CT scans and other imaging procedures since May, will last until the end of September, the American Hospital Association’s senior director of supply chain told Becker’s.

The hiccup began May 11, when a COVID-19 shutdown halted production in a GE Healthcare factory in Shanghai. GE revamped its production levels nearly a month later, but when Becker’s {Hospital Review] asked for a projected timeline, a spokesperson declined to specify a date.

On a personal note, the epidural I received when I had my son was a blessing (he was over nine pounds). The reduction in pain aided my swift recovery. It is troubling that the supply chain crisis is impacting such an important pain management tool.

Biden will be right on it. He will order factories to produce them by the thousands.

Jim Acosta will soon be demanding to know, “Can you guarantee that every person who needs an epidural will be able to get one?”

What did he use last time? The defense production act? WE MUST DEFEND AGAINST BABIES!

One dozen thumbs up MrE.

Gosh, it’s almost like the morons declared dye manufacturers ‘non-essential’, and shut them down for over a year because of their insane covid bullshit.

We’re going to face shortages of this sort for years to come.

With Democrats, every day is Opposite Day.
As they continually pledge their support of Women’s Reproductive Health, you can be assured it will cover everything except actual women and actual reproduction.

“I’ve now been breastfeeding for an additional six months that I wasn’t planning on breastfeeding… we have no end in sight,” she added.”

You should probably ween the kid before junior high.

Seriously, though it looks like they’ve declared war on childbirth, I’m not so sure they have the foresight to target anything specifically. Politicians, dems in particular, seem more inclined to throw stuff at the wall and see what sticks. They’re still looking for traction going into the midterms – J6 has been a fizzle for them. The people cite inflation and security as their top concerns and the dems hock up another spending bill and declare a monkeypox emergency? They’re either woefully incompetent or supremely confident that another steal is in the bag. Or both.

“You should probably ween the kid before junior high.”

That’s an excellent goal to be sure. But some allowances should be made for trans kids who intend to compete in swimming and will need the extra protein to give them a competitive advantage over biological females.

My great-grandma (born in 1898) told the story of her youngest sister – at 8 – walking home from school every day at lunch time to breastfeed so mom wouldn’t get pregnant again.

That form of birth control did NOT work for me, btw. If it worked for great-great grandma, it was probably that she was too old to conceive anymore anyway after 8 kids….

“halted production in a GE Healthcare factory in Shanghai“

I think I see the problem here…

I imagine a lot of shortages involve items from China which was probably hit far worse with covid that we’ve estimated. Their official numbers have always been bullshit.

No doubt, but my point is that once again our over-reliance on Chinese production of essential items is biting us on the arse.

They don’t care about our shortages, they will just bump the price up for these artificially scarce goods when/if they eventually do deliver them. Meanwhile the U.S. citizen suffers and corporations who should have been making those products here get bailed out with our money via the beneficence of our lame elected leaders.

I know that it is Thoughtcrime, but has anyone else noticed that there has been nothing but bad news about health, children, and the economy since the regime took power? Them are some POWERFUL mean tweets.

A bit off-topic, but when will the supposed supply chain issues cut into the amount of Chinese-made fentanyl on our streets?

Right after we “supply’ nukes to Beijing.

I prefer glass epidural syringes. Wet the plunger and inside the syringe barrel, and there is zero resistance from the syringe. “Dye” shortages will not affect the production of epidural kits having glass syringes.

The syringes Leslie described in her column are plastic. I”ve seen them various colors, usually blue or green. Actually the syringe barrels are clear or semi-clear whereas only the plunger has color. This is interesting because the plunger need not have any color. It can be white, black, gray, clear, makes no difference. Something else is going on, not a simple “dye” shortage. I don’t know what, though.

Catheters are used when continuous medication delivery is desired; for example, during surgery or during labor. Catheters are generally not utilized for back pain injections.

ME: 30+ years practicing anesthesiology in USA