Mar-a-Lago Raid: Magistrate Accepts All Government’s Redactions of Warrant Affidavit, To Be Released By Friday Noon

Mar-a-Lago Raid: Magistrate Accepts All Government’s Redactions of Warrant Affidavit, To Be Released By Friday Noon 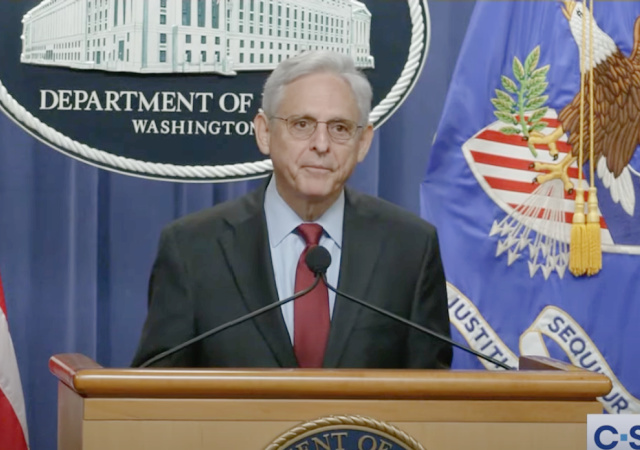 The Magistrate Judge has issued an Order indicating he accepts all of the governments proposed redactions, and has ordered the Redacted Affidavit used to obtain the search warrant of Mar-a-Lago by Noon on Friday, August 26.

I have reviewed the Government’s memorandum of law and proposed redactions to the search warrant Affidavit. ECF No. 89. I am fully advised in the entire record, including the contents of the Affidavit.

1. I find that the Government has met its burden of showing a compelling reason/good cause to seal portions of the Affidavit because disclosure would reveal (1) the identities of witnesses, law enforcement agents, and uncharged parties, (2) the investigation’s strategy, direction, scope, sources, and methods, and (3) grand jury information protected by Federal Rule of Criminal Procedure 6(e)….

2. Based on my independent review of the Affidavit, I further find that the Government has met its burden of showing that its proposed redactions are narrowly tailored to serve the Government’s legitimate interest in the integrity of the ongoing investigation and are the least onerous alternative to sealing the entire Affidavit.

WHEREFORE, it is ORDERED that:

1. The Intervenors’ Motion to Unseal [ECF No. 4] is GRANTED IN PART.
2. On or before noon Eastern time on Friday, August 26, 2022, the Government shall file in the public docket a version of the Affidavit containing the redactions proposed in ECF No. 89-1.

So we will be told nothing.

We will see a fully blacked out paper except for a few words ( the,and, if and Trump oh and insurrection)

A whole lotta toner cartridges will be used up in making copies of the redacted affidavit.

Other words that won’t be redacted include “climate change,” “transgender,” “achievement gap,” and “affirmative action.”

The whole issue is pointless because president trump is allowed complete and unrestricted access to classified information by the presidential records act. Why aren’t Republicans and intelligent people asserting this? What the progressive fascists are doing is worse than attempting to frame Trump with Russian collusion.

Are you surprised at this after seeing how the Sussman trial with hand-written documentation proving guilt turned out?

Trump’s dummy lawyers should have moved for recusal immediately. Better call Saul if its not too late.

We will be told only what the FBI wants us to know.

Bear in mind that we have no right to be told anything. In a normal case there would be no question of releasing any part of the affidavit. But this case is different, because the FBI has no credibility left. Releasing the whole affidavit would allow us to consider whether perhaps this time it acted properly. It is a possibility, after all. But given its past behavior this is not the way to bet. And by releasing only the bits it wants to it forfeits the chance to convince anyone that it’s being honest in this case. All right, so be it.

All you really need to know about the FBI versus Trump start here:

Anything actionable this totally corrupt scumbag agency claims to find will have been planted, and they will never convince me otherwise.

I’ve got a fair bit of respect for the FBI in their NON-political investigations. I think they do an amazing job for the task of finding criminals who leave few trails. Once they wander into political territory, they lose that. We’ve seen it in all kinds of cases where the FBI leadership takes sides and the rank-and-file fall in line, because if they did *not*…

There’s nothing foolish about playing the odds. and odds are the Gestapo and Merrick Himmler are lying.

It isn’t everything the FBI says is a lie…it’s that everything Trump and not supporting or helping the left is corruptly and usually illegally and over zealously attacked by the FBI….while EVERYTHING and EVERYONE on the left is given a pass no matter what they do. The FBI is 100% a political tool of the left to attack those who disagree with them or may threaten their power and money. That is ALL the FBI is…

We didn’t see the F.B.I. rushing to find out who tried to vandalize a federal court house in Portland(?) We didn’t have the F.B.I. investigating and arresting those openly violating federal law with their campaign of terror against the conservative SCOTUS justices after that draft ruling overturning Roe v. Wade was leaked. We don’t see the F.B.I. on the heels of Hunter Biden, even with slam-dunk evidence of guilt on a laptop the F.B.I. has custody of!!!!

Milhouse – it’s not a case of “feelings” – it’s a factual history of govt deception and fraud. Long before Trump came down that escalator, I harken back to the Clinton Travel Office kerfluffel. Starting in office – they wanted to patronage those jobs to a relative – but lacking actual reason for firings – and with the press not inclined towards covering up when it was their ox being gored (new guys farked up press travel) “someone” illegally back-dated docs to fabricate a reason – other then “my cousin billy bob could use the work”. This isn’t speculation – it’s a finding of the court that “someone” committed a felony. And innocent folks were framed for crimes they never committed. Because it was convenient to do so. Of course no one ever was held to account. But that set the precedent.

Cover up your own corruption by fake investigating others as corrupt. Even if you’re caught out doing it no consequences will come back on you. since you RUN the investigating agencies (and own the press’s loyalty).

they wanted to patronage those jobs to a relative –

“Relative” was the “official” unofficial story, that White House insiders peddled to reporters once the scandal broke. The real story was that she was not related to Bill in any way anyone could trace. She was one of his bimbos, and this was her payoff for keeping shtum.

The Little Boy Who Cried Wolf was a liar. He should have been relieved of all responsibilities requiring trust. Mucking the stalls and sweeping the streets would be more appropriate. The village made a grave error by trusting him..

I thought the “true moral” of the boy who cried wolf was to never tell the same lie twice?

Seems like you are a, “on the one hand, but on the other hand?” kind of guy. However; if past actions indicate dishonesty then all future actions are suspect. There is ample evidence they( FBI, CIA, DOJ) interfered with the election — the Lap top, 50 signatures, the visit to Facebook and Twitter telling them to limit the range and quantity of Info about all this. It’s more like the question; can one become just a little bit pregnant? No.

The judicial system is fulfilling its purpose as of 2022: applying a veneer of legitimacy to unjust and likely illegal activity by members of the favored class.

Our Justice system does not provide justice, it launders it.

We have a legal system not a justice system.

The matter won’t be settled with any redaction present. Neither judge nor FBI are trusted at this point by the suspicious majority.

Of course this corrupt jackass accepted all government redactions at face value.

Spoiler alert, I have the redacted affidavit here:

For a change when the regime says nothing, to see here. They will be correct.

Another reason why it’s important to release the whole affidavit: So we can know what’s not in it. The news industry is busily reporting “leak” after “leak” about the FBI investigation, and we have no way of knowing which of these, if any, are true, or even come from the FBI at all. If we had the affidavit we would very likely find that some of these things that are supposed to be in there aren’t. And any honest reporters (assuming there are any), who know where those leaks came from, would now know not to trust those sources any longer.

But with a redacted affidavit, anything it doesn’t confirm will be assumed to be in the redacted parts.

It’s designed to last through the 2024 season.

It is clear this Magistrate is corrupt as is the FBI. The hope is that Trump lawsuit with the Federal Judge will work or that the Tea Party can get this opened up. We the people deserve to see this fully transparent.

Jesse Watters said on Fox, “The redacted Warrant Affidavit will be released but it will be so heavliy blacked out it will be blacker than Ralph Northam’s face.”

So corrupt, you can smell the bananas….

On the 30th anniversary of Ruby Ridge, I’m supposed to believe that the FBI truly will be honest going forward? Think not!

the Government has met its burden

It has? Too bad you won’t show us the affidavits submitted to demonstrate that.

Appealed on what grounds?

There is no legal or lawful requirement or mandate to produce an affidavit for cause to anyone for any reason in any case PRIOR to charges being filed officially and an investigation is active.

At the end of the day, this is a courtesy- not a legal requirement.