“…told his primarily first-year audience that white supremacy isn’t only personified by things like the KKK or neo-Nazis, but by microaggressions and other ‘subtle […] indirect discriminatory behaviors.'” 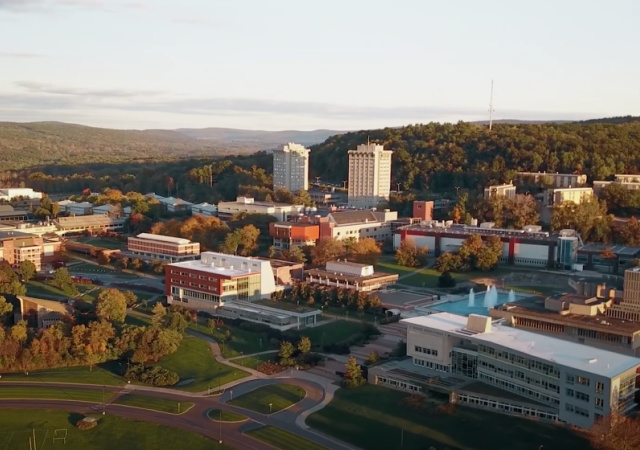 Ithaca College made people sit through a lecture from DEI expert Michael Benitez because everyone is a white supremacist, you guys. From The College Fix:

Benitez (pictured), the VP for the Office of Diversity and Inclusion at Metropolitan State University of Denver who’s held similar positions at five other colleges, told his primarily first-year audience that white supremacy isn’t only personified by things like the KKK or neo-Nazis, but by microaggressions and other “subtle […] indirect discriminatory behaviors.”

Since “whiteness” allegedly is at the top of the socio-cultural food chain, students must be “self-aware and attentive toward one’s actions and one’s own identities and how they function in a society,” Benitez said. For example, Ithaca New Student and Transition Programs Assistant Director Mame Ndiaye said she “code-switches,” like changing her dialect, to “fit into the most accepted way of being in a society.”

Interestingly however, Ndiaye admitted “it’s not a challenge” but just something with which she has to “deal with every day.” Benitez said it is more difficult for women to act as they wish “unapologetically without the consequential difference of power.”

[Benitez] also explained that anti-racism is about uplifting everyone, not just brown or Black people, because by lifting up everyone at the bottom, all others benefit too.

The keynote is slated to be the first in a series of IC Day of Learning events taking place during the 2022–23 academic year. President La Jerne Cornish said there needs to be more opportunities — like Benitez’s keynote — to have conversations about diversity, equity, inclusion and belonging.

“Too often we have one event, and that’s the signature event, and then we pat ourselves on the back because we did that one thing,” Cornish said. “This work never ends, … so this is our way of continuing the conversation that began last spring.” …

Some students in the audience, like freshman Caleb Kaufman, brought up questions to Benitez about discussing anti-racism and privilege with others.

“I had a question about how to discuss topics like this with family members because, at least with my family, … they have difficulty understanding how [racism] still impacts us today,” Kaufman said.

Strategic questioning is the tool Benitez suggested when speaking with others about topics like anti-racism and equity. He said when he has different viewpoints from someone else, he asks critical questions to encourage them to reflect through their own responses.

Ithaca’s announcement about the “Embracing Diversity” event was delightfully Orwellian: it is “committed to sharing responsibility and accountability for advancing diversity, equity, and inclusion by empowering students to exchange ideas and work together to foster an intentional community towards anti-racism and social change” (emphasis added).

When are people going to get sick of this crap? We either get along or we segregate. This BS about micro-aggressions is getting tiresome. How about sitting blacks down and lecturing them on their violent macro-aggressions?

I think it is maybe time for us to actually BE what we are accused of being. In times past, back in those dreaded days of “white supremacy”, we had livable cities, a far more polite society, and a national attitude of, “America: Yes!”

The more they tell me I am a racist, the more determined I am to be the most dedicated racist I can possibly be.

I only car about it to the extent I want to see it disappear. We are all Americans, or we aren’t.

A fundamental rule of nature is that, in anything, 50% will be below average. It’s in the definition of “average”. In the world of equity, everyone is above average.

Lake Woebegone, where the women are strong, the men are good-looking, and the children are above average.