The IDF: “The senior leadership of Islamic Jihad in Gaza, responsible for hundreds of attacks and rockets fired towards the Israeli Homefront, was eliminated during the operation.” 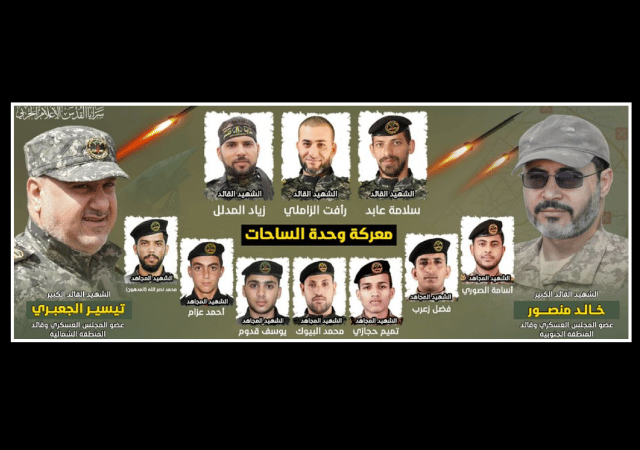 The Israeli security forces are winding down the operation “Breaking Dawn,” which succeeded in decimating the leadership of the Palestinian Islamic Jihad (PIJ) terrorist group based in Gaza and the West Bank.

“The senior leadership of Islamic Jihad in Gaza, responsible for hundreds of attacks and rockets fired towards the Israeli Homefront, was eliminated during the operation. In addition, dozens of Islamic Jihad operatives were apprehended in Judea and Samaria,” the Israel Defense Forces (IDF) said in a statement obtained by Legal Insurrection.

The IDF “spokesperson said that two senior PIJ commanders were killed by Israeli raids and more than 10 militants were struck while attempting to fire rockets,” the Israeli broadcaster Ynet News reported summing up the counterterrorism operation.

Breaking Dawn, jointly conducted by the IDF, the Israel Securities Authority (ISA), and the border police, was aimed at “the Islamic Jihad, to remove a credible and immediate threat to Israeli civilians,” the IDF noted in the statement.

The Islamic Jihad (PIJ), which operates under the protection of Hamas and PLO-controlled Palestinian Authority in Gaza and the West Bank, respectively, is an Islamic terrorist organization funded, armed, and directed by the Iranian regime. The jihadist group played a leading role in the wave of terror attacks against Israeli civilians, which began in late March, coinciding with the Muslim fasting month of Ramadan.

After eliminating several prominent operatives of the PIJ, the IDF has agreed to an Egyptian-negotiated cease-fire with Gaza-based Palestinian terrorist groups.

As the Palestinian Islamist and terrorist group fired close to 1,100 rockets at Israel, the civilians in Gaza were once again victims of their misfired projectiles. “Approximately 20% of all Islamic Jihad rocket launches landed within the Gaza Strip, resulting in many injuries and fatalities of Gazan residents,” the IDF disclosed.

The Associated Press now confirming what the Israeli army has said: one-third of the Palestinians killed during the latest Gaza violence—including most of the civilians and nearly all the children—were killed by Islamic Jihad rockets that fell on Palestinian residential areas. https://t.co/wR5HFULe2z

On Saturday, the IDF released a video showing a rocket fired from a PIJ position landing in a Gaza residential area of Jabalia — killing five children and injuring 15 others. The Palestinian media, primarily controlled by the terrorist outfits, had tried to pin the blame on Israel for the incident.

A wanted member of a terror cell who reportedly managed to evade previous attempts to capture him was one of three people killed during a fierce gun battle with Israeli troops in Nablus on Tuesday morning. (…)

According to the Israel Defense Forces, soldiers surrounded the home of Al-Aqsa Martyrs Brigades commander Ibrahim Nablusi, leading to an exchange of gunfire.

Nabulsi, a wanted terrorist who gained a following on TikTok for his Jihad-promoting content, had evaded previous Israeli attempts to capture him.

“Nabulsi was a national symbol, with viral glorification on social media, including TikTok videos with people chanting his name,” the Israeli TV channel i24News reported. “He survived two previous arrest attempts this year, the latest in late July, wanted for numerous attacks in the West Bank, including shooting attacks against military positions and against Joseph’s Tomb.”

I guess the jihadist Apple doesn’t fall far from the tree! This is picture of the mother of Al-Aqsa Martyrs' Brigades commander Ibrahim al-Nabulsi who was eliminated today by IDF, at his funeral. pic.twitter.com/lsuC1KxGJp

By “militants,” I take it you mean “terrorists.” They are not trying to achieve any type of military objective.

Sadly, we know that Muslim supremacists/terrorists in Gaza are like weeds. New leaders will sprout up to take the place of the ones who were justly killed after attacking Israel.

Hamas and its ilk know that they have support among western dhimmis, which enables the group’s corruption, its self-inflicted miseries upon the Gazan populace, and, its attacks against Israel.

How can these Muslims be supremacists when they don’t own anything and don’t have any say over their own land? Let’s look at the IDF and their ethnicity and how many things they own and run Jewish supremacy is real. Muslim supremacy isn’t.

Ignorance and Jew hatred all in one!

They are obeying the commands of Muhammad and attempting to conquer the Jews. It is their religion that makes them feel superior to others.

I wish the IDF would continue with an invasion to eliminate the Palestinian islamist terrorists, their destructive missiles/explosives, delivery systems. destroy the underground tunnels in Gaza, work with the Palestinians to remove these terrorists who are among them and empower them to set up a new and peaceful government.

Unfortunately a solid majority of “Palestinians” support terrorism, and any government they elect will be terrorist.

And that is why they should not accept any more lies about peace and proceed to kill large numbers and drive the rest to the sea. Those Arabs need to desire peace, getting tghem to that point will require giving large numbers a lasting peace now.

Israel should destroy every building in Gaza. Then reduce the rubble to sand.

Sadly in days there will be a new set to take their place and the IDF will have to take other scum..

In Israel this is called “mowing the lawn”. It’s a chore that has to be done regularly, and nobody thinks that if you just mow it once really well you won’t have to do it again.

So how long before the White House announces sanctions on Israel for this?

“decimating the leadership of the Palestinian Islamic Jihad”

Only 10% of the leadership were killed?

My choice of word was intentional. This is just the tip of the iceberg. New cadre will spring up in Palestinian territories to take those jobs, and PIJ top leadership is still actively operating out of Syria and Iran.

These terrorists are mostly funded by the US and EU

Hopefully when Trump is back in office, he will agressively block funds and deal with outfits like CAIR.

It’ll be difficult to do anything about CAIR without being able to prove they’re breaking the law. Remember that in the Holyland Foundation trial CAIR was an “unindicted conspirator”, which means that no matter how hard the government looked, and they looked pretty hard, they couldn’t find evidence to indict it.

And that was before the Brotherhood types started being careful. In the two decades since the Holyland bust they’ve become very careful about hiding any criminal activity, so I doubt it’s possible to find the evidence necessary to do anything about them. Unless they can get someone inside to talk.

We are effectively at war with the terrorists. Can’t the president declare them a terrorist organization and put them in prison?