Georgia State U. Prof Proves U. Michigan’s Galileo Manuscript is a Forgery

Georgia State U. Prof Proves U. Michigan’s Galileo Manuscript is a Forgery

“Wilding had specifically questioned its watermark and provenance, and the school said his evidence was ‘compelling,’ coming to a similar conclusion.” 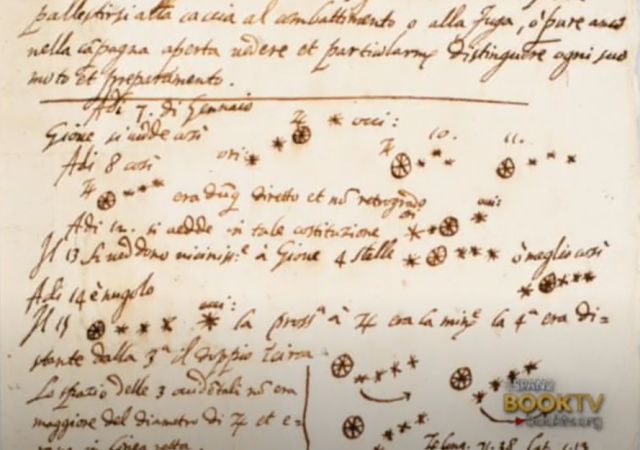 Holy moly! Georgia State University professor Nick Wilding proved a Galileo manuscript at the University of Michigan is a forgery.

Michigan considered it one of the jewels of its library. The university recently admitted Wilding’s findings:

After an internal investigation of the findings of Nick Wilding, professor of history at Georgia State University, the library has concluded that its “Galileo manuscript” is in fact a 20th-century forgery.

We’re grateful to Professor Wilding for sharing his findings, and are now working to reconsider the manuscript’s role in our collection.

Wilding is writing a biography on Galileo:

The library launched an internal investigation after Nick Wilding, a history professor at Georgia State University and author of an upcoming biography of Galileo, expressed “serious doubts about its authenticity.” Wilding was known for exposing similar forgeries.

According to the university, the fake document was likely written by prolific Italian forger Tobia Nicotra. Nicotra spent two years in jail in 1934 for forgery, which included forging Galileo documents, the university said.

Wilding had specifically questioned its watermark and provenance, and the school said his evidence was “compelling,” coming to a similar conclusion. Officials found no other documents with the same “BMO” watermark, referencing the Italian city of Bergamo, before 1770. Additionally, they found “no trace” of the manuscript’s existence before 1930.

The document contains drafts that refer to Galileo’s presentation of a new telescope to the Doge of Venice on August 24, 1609 and his observations of Jupiter using a telescope in January 1610. It was those observations that led to his discovery of Jupiter’s moons, marking the first time observational data showed celestial objects orbiting a body other than Earth.

The discovery debunked the theory that everything in the universe orbited our planet, laying the foundation for modern astronomy. “It reflects a pivotal moment in Galileo’s life that helped to change our understanding of the universe,” the university wrote of the notes.

The final, genuine version of the first half of the manuscript is located in the State Archives in Venice. The real notes on Jupiter’s moon are part of the Sidereus Nuncius Dossier at the Florence National Central Library.

Can somebody turn Wilding loose on CRT?

How about this forged presidency?

If earth is at the center of the universe, then it follows that things must move much faster than light to be in orbit around it. The nearest star is about 4 lightyears (ly) away. If it traveled in a circle around earth, it would have to do that every 24 hours. Which means it would have to travel 4*pi light years (about 12 ly) each day. That’s roughly 4100 times the speed of light.

It’s not just about frames of reference. It’s about physics.