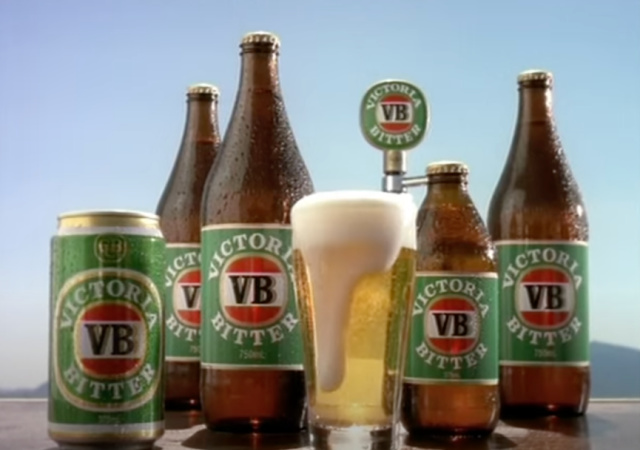 The life-essential gas, carbon dioxide, has been blamed for every hot day, blizzard, and hurricane for over 20 years.

Now Americans will have to deal with a new carbon dioxide problem. There is a shortage of it, which is critical for beer production.

A nationwide shortage of carbon dioxide that became dire after a Mississippi supplier of the vital gas shut down in July is threatening beer-makers around the country.

Without carbon dioxide, many types of beers fall flat.

The gas contributes to beer foam, shelf stability and it’s used throughout the production and packaging process, according to experts.

Big breweries, like Budweiser, have technology to siphon off the gas during the fermentation process, but smaller craft brewers don’t produce enough product to get their gas from fermentation, according to a trade group representing thousands of small breweries.

“Some of our members had to stop production because a gas shipment was delayed or they ran out of CO2,” said Chuck Skypeck, technical brewing projects director for the Brewers Association. “We are hearing reports from members of decreased production. We might start to see shortages in a few weeks, especially if the situation continues.”

The less of something there is, the more it tends to cost. So, the price of the gas is also increasing.

It’s one more price increase among many for breweries, which are dealing with across-the-board inflation on everything needed to produce and package beer: barley, hops, bottles, labels … you name it. Alewerks has been trying to absorb many of the costs, though the brewery expects to raise its prices this year.

“Just for right now, we try to weather it,” Claar said.

Breweries rely on CO2 not just for those bubbles that beer-drinkers expect but also for moving beer between tanks or to kegs and canning lines, and to purge oxygen from tanks. “Warm and flat is not where it’s at,” noted Bob Pease, the president and CEO of the Brewers Association, which represents small and independent craft breweries. “It’s a key ingredient.”

In San Diego, the shortage has shut down local pools.

Four municipal pools in the city of San Diego will be temporarily closed beginning Monday as a result of a nationwide shortage of carbon dioxide, the county said Saturday.

The shortage is due in large part to supply chain issues exacerbated by the COVID-19 pandemic, San Diego County spokesman Jose Ysea said.

CO2 is used to help balance and maintain the pH levels in the pool water, Ysea said.

Dry ice is solid carbon dioxide. It is used widely for the shipping of perishable items and in laboratories.

The gas in its solid form, otherwise known as dry ice, is used in places like research and pharmaceutical labs, as well as food transportation.

The poultry industry — already facing a national shortage caused by winter storms in the Gulf and an avian influenza outbreak in spring — could see some impacts to how it ships and packages products without enough dry ice.

…Chair of the university’s chemistry and biochemistry department Jeremy Morgan said dry ice is a necessity most days.

It has a temperature of -78 degrees Celsius, which generates a “cold bath” when mixed with certain organic solvents. A regular ice bath, which does not reach below 0 degrees Celsisus, can sometimes be used instead, Morgan explained.

“We use these baths to control the temperature of reactions conducted in the laboratory,” he said. “Not all projects require a -78 bath, but we also perform solvent transfer every day where a cold bath is required.”

Morgan added alternatives like liquid nitrogen would be harder to control and -78 Celsius chillers would be too expensive to purchase.

“Just for right now, we try to weather it,” Claar said.

How ironic, and appropriate.

I was gonna say the same thing but you beat me to it.

The solution is to put CO2 concentrators on the floor of the Senate and the House. Plenty of CO2 being expelled there.

Not to mention methane.

Put a methane catcher in AOC’s office. You know she lets it bomb in there after holding in her farts all day.

There’s a methane to their madness.

To be serious though, this is a yet another supply chain issue. It can actually be fixed by using CO2 generators but that is a more costly process than buying tanks of it (which is somewhat loony in and of itself considering all the regulation and safety requirements for the tanks).

MicroBreweries across the county are facing possible shutdowns. Really.

I brew my own beer. Never, ever, had a problem with not having enough CO2. It occurs naturally during the fermentation process. In fact, I’ve sometimes had too much CO2 where the cap blew off the bottle.

^^THIS^^
Proper fermentation produces CO2 aplenty. It’s only if you’re taking shortcuts that you should need to add any.

Commercial breweries often filter and clarify their beer, which gets rid of the yeasties that would carbonate in the bottle.

Yes, but shouldn’t all the carbonation it needs have already happened by then?

No, you can’t filter carbonated beer. It foams like crazy. You have to filter and then force carbonate, or add a yeast that flocculates well and some additional sugar and let it sit in the bottle for a while to carbonate naturally.

There is also a process called krausening that makes it a bit easier but either of these approaches requires changes in process and potentially additional tanks or warehouse space to hold the beer while it carbonates.

Ah, true. Americans don’t like ‘pulp’ in their beer. 🙂

Home brewed beer is the bomb. Sometimes literally. When Whitbread Ale yeast failed, I used a packet of Fleishmann’s rapid rise yeast to salvage the batch. As close to a bomb as I’ve ever come. Furious brewing …

I used to store mine for fermentation in the corner of my bedroom as the temp there was just right. One night around 0200 it started exploding. I thought I was under assault from an armed battalion. Beer and broken glass everywhere.

oh, thanks for the laugh. I am sorry this happened to you, but the visual has me giggling.

Well, stock up on whiskey and scotch before the geniuses trying to run the world figure out how mess them up.

I would certainly take that to heart. Those sound like the words of an oracle.

And just the other day my wife mentioned the potato shortfall and my first thought was that this was going to have an impact on vodka supplies.

This is starting to escalate into a real crisis!

WHY is there a shortage.

But if we’re out of CO2, that means we’ ve just solved global warming!!

The demand exceeds the supply.

Demand is not abnormal. It appears that there is a contamination problem with one of the largest suppliers f CO2.

Most breweries have a CO2 capture system to re-inject the CO2 after they have stopped the fermentation and done the filtering to remove any sediment. It sounds more like “we are too cheap to buy CO2 capture because we are going to take the easy methods”. They probably use cane and rice sugars in their process as well.

I don’t understand how a brewery can have a shortage of CO2. Fermentation produces far more CO2 than the beer needs. Brewery usually have an excess of the stuff, which they either vent into the air and waste it, or they capture it and sell it to those who have a use for it. But I have trouble imagining why a brewery would ever want to buy any.

In Australia the soft-drink manufacturers used to all be located right next to the breweries, so they could reuse the CO2 from the brewery and not have to ship it in from elsewhere. I don’t think they do that any more, because modern methods for creating CO2 have made it so cheap that it doesn’t matter.

Shhh. The EPA will start regulating them if they realize that.

That explains why all the soda down under tasted like Foster’s. 😉

(It didn’t really, that I remember.)

(In the 1960s the water in Australian Coke was evaporated from apple juice, so that Coke could count for tax purposes as a fruit juice drink.)

You need to study the process of beer production to understand why this might be a problem.

CO2 is a weak greenhouse gas, and not strong enough to be a problem. We need to focus on the enormous benefits of increased concentrations of CO2 on plant life. Unlike the highly uncertain computer climate models with political manipulated data, it is a scientific fact that our carbon emissions have dramatically greened the earth. CO2 should be viewed as an asset rather than a pollutant.
Climate change is a false narrative. The world has proven that it goes thru cyclical changes through out its history. Man contribution to these changes is minute and has little to no effect and cannot alter what the world does on its own. These changes evolve and like a pendulum shifts back and forth.

CO2 is often extracted from the exhaust gasses of electrical power plants. So, as natural gas and coal plants are shut down, expect the shortages to get worse.

You mean they’re using “artificial bubbles”? I remember from many, many years ago a Northeastern brewery that used to advertise “natural bubbles” (Blatz, I think, but it was decades ago). Naturally, most beers use “natural bubbles”, but their commercials were funny.

A little extra sugar of some variety while bottling or canning and then seal up. As some of us do at home, it seems.