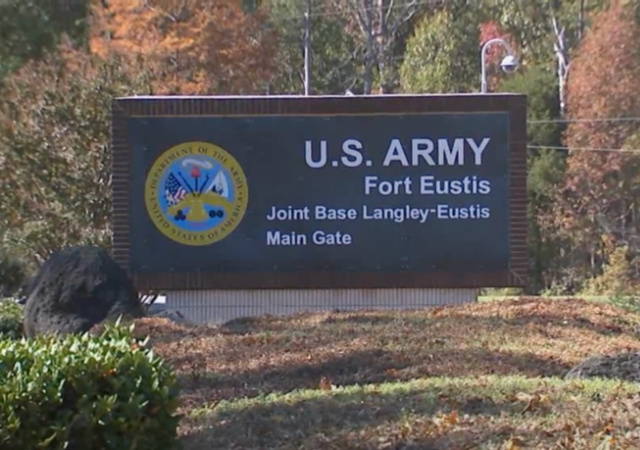 The famous Joint Base Langley-Eustis (JBLE) had a family-friendly festival the last week of July.

But the festival was not like what we would think is a family-friendly festival.

The base hosted its first “Diversity, Equity and Inclusion Summer Festival” on July 30. From the event page:

The goal is to provide education, increase collaboration through outreach efforts, and recognize the diverse composition of JBLE. #celebratingdifferences

It included a drag show by Joshua Kelley, who is also known as Harpy Daniels.

Oh, look. The Navy Times wrote about Harpy Daniels in 2018. Kelley became a drag queen before he joined the Navy.

One person blew up after getting the mass email about the festival, especially the military addressed it as a family-friendly event: “It’s burlesque, it’s hyper-sexualized, it’s not something appropriate for children.”

JBLE spoke to The Daily Wire:

The JBLE event’s central theme is “celebrating differences,” and its purpose is ensuring “every Airman, Soldier and civilian feels valued,” JBLE told The Daily Wire in a statement.

“The goal is to provide education and awareness, increase collaboration through outreach, and recognize the diverse composition of JBLE. The theme of the event is ‘Celebrating Differences’ and will feature a number of different performers, guest speakers, and information booths, including Tuskegee Airman, Asian Indians of Hampton, a hula routine, a drag performance, and many others,” the JBLE statement said.

“All featured guests will be participating or performing as volunteers. The installation assisted by providing funding for logistical requirements, such as a tent, stage, tables and chairs, etc., as specifically authorized by DoD regulations and policies. JBLE leadership is committed to celebrating differences and cultivating an inclusive environment where every Airman, Soldier and civilian feels valued,” it continued.

In June 2021, Nellis AFB hosted a drag queen show because it was “essential to the morale, cohesion, and readiness of the military.” The explanation was something else:

Here is a video of Harpy Daniels from early July.

I remember years ago, like 15, I was told that the trans from
Fort Hood base in Killeen, Tx would get on the. Buses all decked out when on leave for the weekend.
Who knew…

We are going to lose a major conflict.

Can’t you hear the raucous laughter by the Chinese and Russian troops?

The drag queens are dragging down our military. Why would any non tranny join the military and be associated with this?

“Comments have been turned off. This is not something we take lightly. We pride ourselves on having an open forum with our teammates, but some of the language and personal attacks in the comment section below will not be tolerated.
This event was an opportunity to celebrate the diversity of our teammates and our families…”

But note well: from now on, diversity of opinion will NOT be tolerated.

Diversity of opinion hasn’t been a thing in the military since forever. It’s hierarchical and repressive of dissent by its very nature. I do take your point though re trans/drag. I would estimate less than 1/3 are comfortable with either. Actual support is almost certainly less than 15%, probably lower.

These sort of ‘in your face’ activities will absolutely impact retention of personnel. Those who are near qualifying for retirement might stay. They might seek a disability retirement for injuries and trauma they have up till now masked because they thought service was worth it. The young officers and young NCOs with less than five years time in, who don’t have an 18 year investment of time, and all the sunk cost of that service will be likely to depart.

The military has very skilled, intelligent, capable young people who are exactly what civilian employers seek. These are folks we can’t afford to lose as a consequence of some social experiment. Traditional military families and Veterans will be encouraging potential recruits to delay until these policies have run their course and been discarded. While they remain recruiting goals will not be met absent huge sums being offered as recruiting incentives. Even then I would advise a single enlistment then using the GI bill or using skills gained in service to enter a far better paying and better lifestyle of civilian life.

So you can’t voice your opinion, but you can duct tape your family tackle, slap on a dress and embarrass the United States in drag?

In the military, once a decision is made that’s it. The discussion is over. It is a lawful order. You salute, say yes Sir and give your best effort to turn shit into shinola. If one can’t accept that then the military isn’t for you. Very few exceptions to this.

If I were still in the Army I would give my troops the truth. The trans ideology and CRT/equity agenda is being pushed from the WH to DoD to Dept Army all the way down. The decision has already been made, the discussion is over, no one who made this decision in the WH or DoD is interested in your opinion or mine. So serve out the remainder of your enlistment with honorable service and decide if given the current ideological environment you wish to reenlist.

There are all sorts of asinine things in the military that most civilians never hear about. The frustration from all the top down stupid and out of touch decisions is large. This is one more straw. For some, many even it will be the last.

One of my takeaways on this is the idea of ramming DIE down their throats to the point they hold a festival about it,

I rather expect that this will have an effect not only on the re-enlistment rate, but as word spreads on the initial enlistment rate. Would you be willing to encourage your children to join the modern military? Would you want them to risk death for the profits and political power of the current regime?

Have they started the tax payer funded “gender affirmation” mutilations for the military yet?

And enlistment is way down,

That’s the goal. Everything is going according to plan.

Say anything negative about it on social media and you get tagged as a ‘white supremacist’ for the rest of your short career, regardless of your race, creed, gender, or political leanings.

As long as the statement was factual/logical and not based on overheated, profane or emotional rhetoric it would be more or less ok for the military. The use of profanity and the propensity for folks to engage in straight up UCMJ violations within their post is an issue. I have been responsible for running unit and garrison websites and public platforms and there’s always someone who believes that because the posted it on the unit FB page from home they can do whatever they want. Not the case at all.

No matter how big a dumbass mistake you may believe it to be you can’t tell the Garrison Commander he/she is a dumbass. That’s two violations in one post. Add in a negative comment regarding the President or Sec Def and that’s three violations. You can’t talk trash to your boss in the military and you can’t quit. You have to choose your words carefully and be respectful in your disagreement and if you do it the right way disagreement is fine and usually encouraged. Not that the disagreement is likely to change the decision of course but as long as it is delivered in a professional and respectful manner then no worries.

I can imagine that if you hosted a strip show in the name of real diversity that there would be outrage.

Aside from the likes of crazy Bradley Manning, who the hell in their right mind is going to join the American military??

Oh come on now. We all know it’s raunchy smut.

Put lipstick on a pig and all you’ve got is a gaudy pig.

If you can’t take your granny to such an event, it sure as hell isn’t suitable for kids. Aren’t these people embarrassed at all? Forget “pride” – they need a strong lesson in shame and humility.

Weakening of military is the goal

On top of everything else Harpy looks pretty broad through the beam. The services have apparently decided not to enforce their annual fitness standards. I think Harpy would be exhausted after slapping a Russian commando only after a few times with his handbag.

To paraphrase an old ad about Oldsmobile, this isn’t your father’s military.

Using a military base for this “performance.” and supplying logistical support should not be acceptable. It does not improve morale.

Maybe the brass hats could take the time to train their troops to win the next war.

Do they hold strip shows on base?
Pole dancers in the O club?

FFS, this is stupid. A pile of flag officers need to be cashiered. Pronto.

We have an army of Mrs. Iselin’s running things now.

Unfortunately, they are the ones pushing this, at the behest of their political “leaders.”

I’m so glad I’m retired from USAF/ANG. My son left after seventeen years in spite of my begging him to stay until twenty. Things like this are one big reason why.

It’s a long standing reality that speaking “truth to power” comes with risks, especially in the military. But what are you supposed to do when your own leadership is engaging in conduct that is prejudicial to good order and discipline, if not engaging in outright undermining of military readiness? So many people are gobsmacked at this idiocy…and they don’t have a lot of options.