No, lady. The centers, unless religious affiliated, likely have information about keeping the baby, adoption, and abortion. They have compassion unlike you. 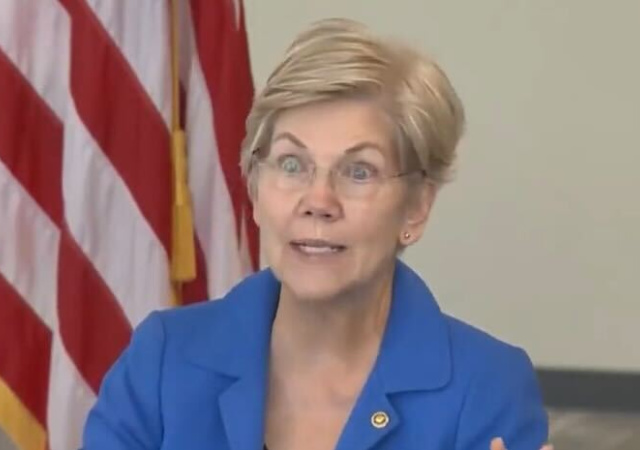 BREAKING: Sen. Elizabeth Warren supports infanticide. She is not about choice. She is all about infanticide, ending a human’s life while in the womb.

Warren also took aim at pregnancy crisis centers. She said women walk into the centers believing they can get an abortion, but the staff at those centers instead try to talk them out of it. The senator called this a bait-and-switch.

“Here in Massachusetts, these so-called crisis pregnancy centers outnumber genuine abortion clinics by three to one,” Warren said. “They are giving it over to people who wish them harm and that has to stop. We need to put a stop to that in Massachusetts, right now.”

This woman thinks pregnancy crisis centers deceive women. Believe it or not, Warren, a lot of pregnancy centers have information about keeping the baby, adoption, and…ABORTION.

Yes, unless the center is affiliated with a religion, it more than likely also offers information on abortion.

Everyone knows that Planned Parenthood is where you go to plan your parenthood. No deception there.

And “gun safety” organizations. Don’t forget them.
Also, if you find any suspicious lumps in your breasts, show up at a “women’s health” organization. They’ll be so happy to help you!

For abortionists the only viable option is and always has been murdering unborn babies.

These are modern day witches.

When I look at pictures of this woman, why do I get a mental picture of a shrew eating it’s babies?

Warren believes that since she deceives and lies to women everybody must do it.

In fairness Warren based her career on lies so she does have some expertise in deceit.

Well, yeah. That is true.

I have always found screeching at me to be very effective in making me change my mind. Adding a facial expression suggesting the screecher has just seen a ghost is even more effective.

Fauxcahontas is talking about “lying and deceiving”. That’s funny.

Yeah, the vile crone ripped off famed chef, Pierre Franey’s recipe. Franey had penned a joint recipe column in the New York Times, with co-writer and well-known chef/gastronome, Craig Claiborne. Such shameless theft and plagiarism. Not to mention, cultural inauthenticity. The stupid crone has the gall and the stupidity to attempt to pass off French cuisine as Native American, figuring that people will be too stupid to discern the difference.

Someone that ideologically poisoned doesn’t belong holding a teaching position much less having a vote in Congress.

At least we didn’t have Chuck U Schumer…..

Well, of course. Hard to deceive women into child sacrifice if people keep talking women out of it.

Bait-and-switch, Liz?
Like, “If you like your medical plan, you can keep your medical plan?”
Like, “I will shut down the virus, not the economy?”
Like, “I won’t take a dime from lobbyists and PACs?”
Like, “I will close Guantanamo and follow through?”
Like, “We will leave Afghanistan in an orderly fashion and get all Americans out?”
Like, “I’m applying for this position as a Native American?”
Tell us all about it, Liz.

Warrens position is absolutely correct, its been well documented for many years

Is there some legal definition of “crisis pregnancy center” where it has to include abortion?

lying and deception? Fauxcahontas is in her element. At least Ted Kennedy could make people laugh by acting a fool. Squawsnatch Warren disgraces even the Kennedy Klan.

Damn her wicked soul and double damn the day she was born.

I’m almost at the point with Pocahontas that I no longer think she is your routine Pelosi-esque evil demented liar.

I am starting to really believe she has mutated now into a full fledged personification of evil and really believes what she says is the truth because she believes it to be.

That or she is possessed

Warren is a fraud, a Marxist and a crackpot. One of Harvard’s finest!

So apparently, being pro-choice means that your choice only counts if you choose to murder your unborn baby. Nothing else seems to be acceptable to these communists.

It’s far from the only issue on which Democrats celebrate your freedom of choice but only up to the point where you choose something they would not.

You have no dignity, no agency, life and conception are a mystery. You, and your little babies, too, are negotiable commodities. Human rites are a religious/ethical imperative for sustainable development, to keep you affordable, available, and taxable.

A daughter and High Priestess of the house of Moloch