“Cannon’s sentencing was set for Sept. 13. He faces life in prison without parole.” 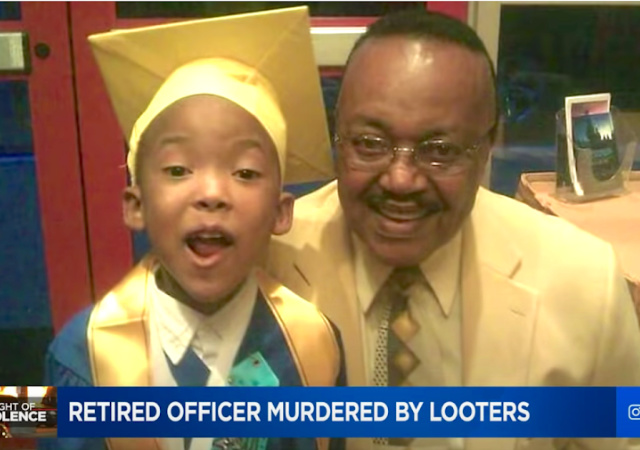 A jury took three hours to find Stephen Cannon, 26, guilty in the death of retired St. Louis Police Capt. David Dorn in June 2020. That is when almost every city had looting and riots after the death of George Floyd.

Dorn was gunned down during the looting at a pawn shop. He responded to the alarm at the shop belonging to a close friend.

Cannon’s public defender Brian Horneyer had argued in his opening remarks that there was no physical evidence linking his client to the killing and said the state’s main witness, also charged with a slew of felonies, had told detectives he would say “anything” to get a plea deal and escape a murder conviction.

However, prosecutors said Cannon was the only person standing on a nearby corner where the shots came from, when they were fired.

After the slaying, investigators reportedly recovered a pistol, televisions and pieces of Cannon’s dreadlocks from an apartment where he was staying, but did not locate the handgun that Cannon is believed to have used in the shooting.

Cannon’s sentencing was set for Sept. 13. He faces life in prison without parole.

“I’m very glad that justice was served for Capt. Dorn,” said Paul Mauro, an attorney and former NYPD inspector who has been closely following the case. “But make no mistake – the conditions that allowed his killing should never have occurred.”

Thank you for posting this story. God bless Capt. Dorn.

IF THIS FOOL HAD BEEN AT HOME INSTEAD OF RUNNING THE STREETS HE WOULD HAVE NEVER BEEN GATHERED UP FOR THE CRIME. JUST LIKE BORDER CROSSERS IF YOU STAY HOME AND IMPROVE YOUR OWN JUNKY MESS YOU WILL BE AWAY FROM THE USA AND NOT LOCKED UP

Cannon probably did it, but from what I read, the evidence was pretty thin.

Funny isnt it how this story hasn’t made the airwaves but fuck me if we didnt get wall to balls coverage of St Floyd martyring himself out of society.

Wow! Guilty on all those charges! He could get two years of community service for them. He’d better hope the judge is in a good mood when he comes up for sentencing.

“He faces life in prison without parole.”

Hmmm. Californica? He’ll be out in six months.