Shurat HaDin: “It is obvious that the PLO’s … terrorist gangs in Jenin are the more reasonable shooters to be suspected and held liable for the reporter’s death.” 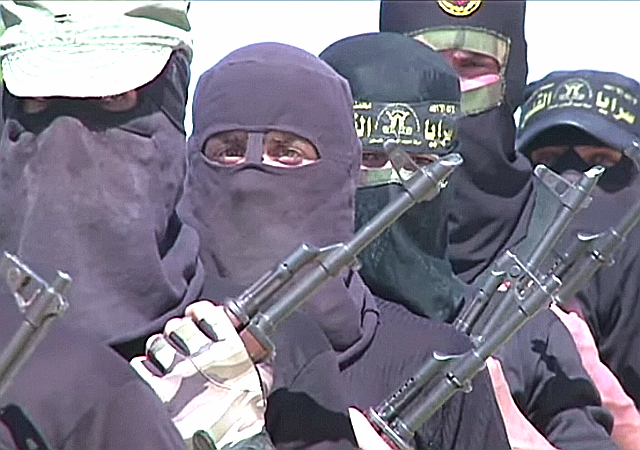 Al Jazeera’s Abu Akleh died of a gunshot wound on May 11 while she reported from Jenin, a stronghold for terrorist groups such as the Al-Aqsa Martyrs Brigades, Hamas, and Palestinian Islamic Jihad (PIJ).

“It is obvious that the PLO’s (Palestine Liberation Organization’s) terrorist gangs in Jenin are the more reasonable shooters to be suspected and held liable for the reporter’s death,” Nitsana Darshan-Leitner, president of Shurat HaDin-Israel Law Center, who filed the suit, told Fox News Digital.

“Abu Mazen (Abbas) should also answer for his responsibility for the Al-Aqsa Martyrs Brigades terror attacks, as a whole, and the killing of the late Abu Akleh.”

The Al-Aqsa Martyrs Brigades, designated as a terrorist organization by the U.S., Israel and the European Union, is the armed wing of the Fatah movement. Fatah is the ruling party in the Palestinian Authority (PA) and the dominant faction in the PLO. Abbas is at the same time president PA, chairman of the PLO and chairman of Fatah.

The claim made by Shurat HaDin is substantiated by the video evidence from the scene of the shooting. A video clip released by the Israeli government shows Palestinian gunmen firing indiscriminately. A gunman could be heard shouting, “They’ve hit one,” an apparent reference to hitting an Israeli soldier. The IDF suffered no casualties during the ambush.

The bodycam footage from an Israeli soldier also showed the troops coming under heavy gunfire where the indecent took place. During the Palestinian ambush, “dozens of armed terrorists opened fire, firing heavily and throwing explosives at our forces, who returned fire,” the IDF said in a statement.

The IDF was carrying out a counter-terrorism raid in Jenin, home to several Palestinian terrorists who carried out a string of attacks that killed at least 19 Israelis in the recent terror wave.

The IDF has released bodycam footage of its operation in Jenin Wednesday morning. pic.twitter.com/yprIXVdN0x

Shurat HaDin’s complaint comes amid Israeli media reports suggesting that the Palestinians might have tempered with the evidence connected to the case. Following pressure from the U.S. State Department, the Palestinian Authority handed over a bullet that allegedly killed the reporter for a forensic probe at the American embassy in Jerusalem.

The bullet provided by the PA was too damaged for a standard probe. “Ballistic experts determined the bullet was badly damaged, which prevented a clear conclusion,” the State Department said in a statement on July 2.

The Israelis have questioned the authenticity of the bullet provided by the PA. The Jerusalem Post reported on July 5:

The wrong bullet might have been tested during the examination that was overseen by the United States this weekend in an effort to determine culpability in the shooting death of American-Palestinian journalist Shireen Abu Akleh, Knesset Foreign Affairs and Defense Chairman Ram Ben Barak (Yesh Atid) speculated on Tuesday.

“The claim that it can’t be determined from the bullet from which weapon it was shot, and who it hit, could indicate that it’s the wrong bullet,” Ben Barak said in an interview with Army Radio.

Is this where I feign being shocked?

No. This is where you chew off a hunk of Red Man or put a pinch of Copenhagen in your lip and say, “Well, I’ll be.”

“The bodycam footage from an Israeli soldier also showed the troops coming under heavy gunfire where the indecent took place.”
I agree: the incident was indecent.

And to make matters worse the PA is alleged to have tempered with the evidence of this indecent incident.

That’s what I was asking from when the PA agreed to hand over the bullet; what kind of idiot would trust that it was the same bullet, let alone that they had not messed with it?

“Following pressure from the U.S. State Department, the Palestinian Authority handed over a bullet…”

It appears it was a Biden administration kind of idiot.

Maybe the real bullet will appear on eBay for auction.

I am hoping that Israel will open an investigation into the missile fired at the wrong target in Kabul on August 29, 2021. Killed approx. 10 civilians and 7 children. Mark Milley, Chairman of the Joint Chiefs, called it a “righteous strike.” The world needs to know how this happened. Who is responsible? Did anyone lose their job? And the US needs to STFU about Israel, which is actually under attack on a daily basis.

GEE??!! no surprize there. another land of fruits and nuts. ala be dumb.