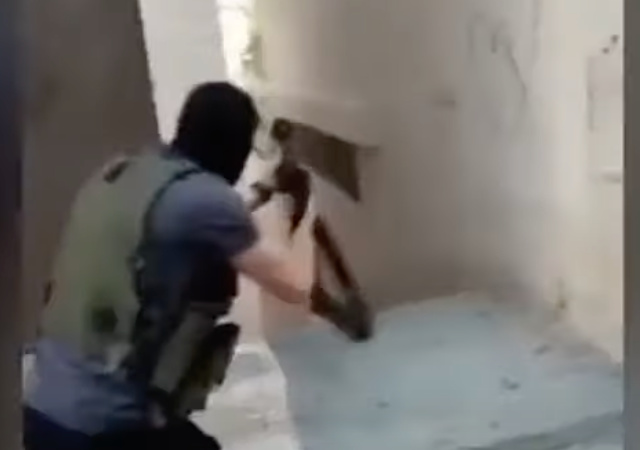 Palestinian Authority (PA) has rejected the Israeli government’s offer for a joint probe into the death of an Al Jazeera journalist who died of a gunshot wound yesterday. Al Jazeera reporter Shireen Abu Akleh was killed on Wednesday while reporting from the Palestinian city of Jenin, a Palestinian Islamic Jihad (PIJ) stronghold.

Hours after the shooting, Israel offered to conduct a joint investigation with the Palestinian Authorities (PA). “Israel has called on the Palestinians to conduct a joint pathological analysis and investigation, which would be based on all of the existing documentation and findings, in order to get to the truth,” Prime Minister Naftali Bennett said in a statement on Wednesday.

The initial Israeli investigation points to Palestinian gunmen who were seen firing at the scene. “According to the information we have gathered, it appears likely that armed Palestinians — who were firing indiscriminately at the time — were responsible for the unfortunate death of the journalist,” the Israeli prime minister added.

PM Bennett on the sad death of veteran journalist Shireen Abu Akleh: "According to the information we have gathered, it appears likely that armed Palestinians — who were firing indiscriminately at the time — were responsible for the unfortunate death of the journalist pic.twitter.com/p1mdwG2V8t

While PA chief Mahmoud Abbas threatened to take Israel to the International Criminal Court (ICC), Palestinians hastily buried the body of the slain journalist — further complicating a possible forensic investigation. “Palestinian Authority head Mahmoud Abbas said he will go to the ICC to “punish the criminals” as her body travels from Ramallah in the West Bank to Jerusalem where she will be buried,” the newspaper Israel Hayom reported Wednesday.

See the problem yet? Welcome to Palestine

Initial news coverage hinted at talks between Israeli and Palestinian officials over a joint probe, but media reports today confirm that the PA has rejected Jerusalem’s offer. “A top Palestinian official announced Thursday that the Palestinian Authority will not transfer the bullet that killed Al Jazeera journalist Shireen Abu Akleh to a ballistic inspection in Israel, despite Jerusalem’s call for a joint investigation of the incident,” the Israeli news website Ynet reported Thursday.

[O]n Thursday, an Israeli proposal for a joint investigation was rejected by the PA, as its President Mahmoud Abbas urged that Israeli forces were “fully responsible” for the incident.

“We rejected the joint investigation with the Israeli occupation authorities because they committed the crime and because we don’t trust them,’ said Abbas, adding that he will go to the International Criminal Court “in order to track down the criminals”.

Jenin, a focus of recent Israeli counter-terrorism operations, is home to several Palestinian terrorists who carried out a series of attacks that killed at least 19 Israelis since mid-March.

While Palestinians reject an investigation and muddy the waters, the Israel Defense Forces (IDF) released bodycam footage showing its troops coming under heavy gunfire where the indecent took place. During the said incident, “dozens of armed terrorists opened fire, firing heavily and throwing explosives at our forces, who returned fire,” the IDF said in a statement on its website.

The IDF has released bodycam footage of its operation in Jenin Wednesday morning. pic.twitter.com/yprIXVdN0x

Before all the facts could come to light, anti-Israeli trolls and activists flooded the social media with baseless allegations and blood libel accusations. Democratic “Squad” members, congresswomen Rashida Tlaib and Ilhan Omar, were among the first to blame Israel for the Al Jazeera reporter’s death without mentioning the role of Palestinian terrorists who started the gunfire.

Why not state things you do not know as if you were an eye witness? Someone will surely buy it! Al-Jazeera mentality in the Hall of US Congress. https://t.co/51C4hOMzf1

Oh of course. The Chair of the Hamas Caucus in Congress now speaks out. https://t.co/gOctUqAykk

Of course they will blame it on Israel. They often stage things to blame on Israel. Probably a jihadist thought they were shooting at a soldier.

The fact that the PA does not want Israel to look at the bullet tells me that the shooter was one of the jihadi terrorists.

When they want the world to look at the bullet, things are entirely different.
Such as this entirely ridiculous staged complaint.
(To those readers who may not belong to the “gun culture,” fired bullets don’t carry their cartridge cases along with them.)

“According to the information we have gathered, it appears likely that armed Palestinians — who were firing indiscriminately at the time — were responsible for the unfortunate death of the journalist,”

What is unfortunate about the death of an Al Jazeera journalist? This reporter might have been a good journalist but it is also possible that she was an anti-Semitic Al Jazeera cheerleader. I’d want some information about her before labeling this death “unfortunate.”

Ilhan Omar “some people did something.”

“OTHER people did something.”

The actions of the PA are making it near impossible for an evidence based evaluation to occur much less an independent evaluation by a neutral entity. They make a claim and anticipate the cooperation of some media and other surrogates/allies in Congress to amplify the claims.

Seems familiar. If only I could remember where this pattern was also occurring. /S

Suppose it were an IDF bullet that killed her. How would that change anything? The IDF forces were engaged in legitimate combat operations, and had every right to shoot. If she got in the way of one of their bullets, that’s her tough luck. What does anyone expect? That the soldiers should cease fire just because a civilian happens to be on the scene?! That’s ridiculous!

US ROE almost always requires PID, positive ID as a threat before pulling the trigger. That said threat is broadly defined; anyone not compliant with commands is a threat. In fact our service members are taught that when captured and a rescue op is happening to lay down, be submissive, obey absolutely lest they be mistakenly killed while being rescued.

Yes, the IDF have every right to go heavily armed into someone else’s territory.

Just like Russia did in Ukraine. Oh, wait. We called that an invasion and celebrated the heroic defence by the people living there.

I do actually believe that she’s an unfortunate victim, but lets face it, Israel have prior on attacking journalists.
https://theintercept.com/2021/05/18/gaza-journalists-israel-palestine-attacks/

Your comment would be Lish ridiculous if Ukraine had a long history of launching frequent terrorist attacks to murder Russian civilians. Oops!

There is also exactly 0 evidence that Israel has ever deliberately killed a journalist, unless you count the hummus guy who was throwing grenades it is really troops in Gaza border a few years ago while wearing a “press” vest. And it’s probably just a coincidence that James claims him as a member of their armed fighters.

Your comment would be less ridiculous if Ukraine had a long history of launching frequent terrorist attacks to murder Russian civilians. Oops!

There is also exactly 0 evidence that Israel has ever deliberately killed a journalist, unless you count the Hamas guy who was throwing grenades at Israeli troops at the Gaza border a few years ago while wearing a “press” vest. And it’s probably just a coincidence that Hamas claims him as a member of their armed fighters

The UN disagrees with you.

“The commission found reasonable grounds to believe that Israeli snipers shot journalists intentionally, despite seeing that they were clearly marked as such.”
— https://www.ohchr.org/Documents/HRBodies/HRCouncil/CoIOPT/A_HRC_40_74.pdf

That’s rather more than 0 evidence, even if you ignore the ‘not accidental at all’ air strikes I linked in my earlier post.

1. The UN is not a reliable unbiased source.

2. Getting killed is an occupational hazard for reporters hangin around with terrorists, or just trying to get close to the action. No sympathy here.

I don’t know if Disqus will let me post a link, but Stephen Flatow had an excellent article in Jewish journal pointing out the the IDF would not have been in Jenin to begin with if the PA had been living up to its Oslo promises to prevent terrorist attacks, clampdown on terrorist organizations, disarm the terrorists, and stop inciting and supporting terror attacks.

If the PA had been living up to its obligation, there would’ve been no crossfire for the reporter to be caught in, whether it was an Israeli soldier or an Arab terrorist who fired the bullet that inadvertently killed her.
https://jewishjournal.com/commentary/opinion/348476/why-were-israeli-soldiers-in-jenin-anyway/?utm_source=rss&utm_medium=rss&utm_campaign=why-were-israeli-soldiers-in-jenin-anyway