‘Full Frontal’ With Samantha Bee Gets Canceled by TBS

‘Full Frontal’ With Samantha Bee Gets Canceled by TBS

“As we continue to shape our new programming strategy, we’ve made some difficult, business-based decisions” 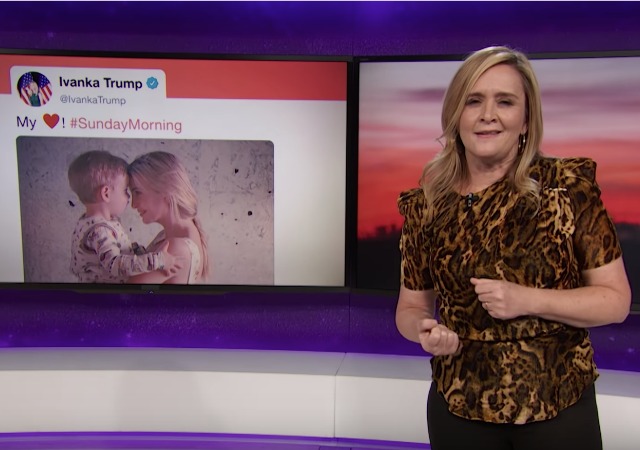 With a heavy heart, I report that the TV show of Stephen Colbert wannabe Samantha Bee has been canceled by the TBS network.

The crowded late-night field of obnoxious progressives pretending to do comedy by insulting Republicans is more competitive than previously known.

TBS has canceled the left-wing, late-night show “Full Frontal with Samantha Bee,” citing a new programming strategy as the reason the plug was pulled.

“As we continue to shape our new programming strategy, we’ve made some difficult, business-based decisions,” TBS said in a statement to Fox News Digital.

“’Full Frontal With Samantha Bee,’ will not return to TBS. We are proud to have been the home to ‘Full Frontal With Samantha Bee’ and thank Sam, and the rest of the Emmy-nominated team for their groundbreaking work,” the statement continued. “We celebrate this extraordinarily talented cast and crew and look forward to exploring new opportunities to work with them in the future.”

After 7 seasons, Full Frontal with Samantha Bee will not be returning to TBS this fall. We’re so thankful for our loyal audience, our amazing team, and that we got to annoy the right people every week—that there wasn't wrestling or baseball or a very special episode of Big Bang.

So edgy. So brave. So over.

Who can forget the hilarious time Samantha Bee accused a cancer patient of being a Nazi because of his haircut?

From Entertainment Weekly in 2017:

Samantha Bee issued an apology after a Full Frontal segment on Wednesday night inadvertently mocked a cancer patient for having “Nazi hair.”

“We deeply apologize for offending @_that_kyle in our CPAC segment,” read a statement released on the show’s Twitter feed. “We only learned of his condition today & have removed him from the piece.”

In a video clip that has since been deleted from YouTube, Bee’s producer and correspondent Michael Rubens covered the Conservative Political Action Conference (CPAC). “This venerable conference has long celebrated traditional small-government conservatism,” the narrator said. “Just last year, CPAC was dominated by Ted Cruz supporters and chirpy little s—s with bowties, but Donald Trump, worried about a poor reception, canceled his appearance.” He added, “This year, the bowties were gone and replaced by Nazi hair, Nazi hair, Nazi hair. F— off.”

And what about the time Samantha Bee used the C-word to describe Ivanka Trump?

After Samantha Bee was criticized for calling presidential adviser and first daughter Ivanka Trump a “feckless cunt” who needs to convince her father to change his immigration policies, the host issued an apology on Thursday.

“I would like to sincerely apologize to Ivanka Trump and to my viewers for using an expletive on my show to describe her last night,” Bee said in a statement to BuzzFeed News. “It was inappropriate and inexcusable. I crossed a line, and I deeply regret it.”

TBS also apologized in a statement to BuzzFeed News, saying, “Samantha Bee has taken the right action in apologizing for the vile and inappropriate language she used about Ivanka Trump last night. Those words should not have been aired. It was our mistake too, and we regret it.”

And what about most recently, when Samantha Bee urged people to harass Supreme Court Justice Samuel Alito in public?

TBS Host Samantha Bee: ‘Raise Hell in Every Restaurant Alito Eats At for the Rest of His Life’

TBS’s Full Frontal host Samantha Bee reacted to the U.S. Supreme Court overruling Roe v. Wade on Friday by calling on Americans to “raise hell in every restaurant Alito eats at for the rest of his life,” adding, “if Republicans have made our lives hell, it’s time to return the favor.”

“I can’t describe how painful it is to be here now, in a place where the Supreme Court has the power to erase 50 years of Constitutional law,” Bee lamented during her Friday episode of Full Frontal with Samantha Bee.

How did her show ever fail? It’s a real mystery.

You know who’s currently thriving in late night? Sam, if you’re reading this, you might want to watch for some pointers:

When I look at something that fat and ugly, a full frontal is the last thing I want.

Speaking of comedy: what’s REALLY funny is I never knew this jerk a tv show.

Yeah. Looks like she’s been eating her words a lot and they aren’t low fat words either. Bet even her hubby is disgusted by her.

One more reason I don’t have a cable subscription.

Too bad. You’re missing out on Full Frontal.

That’s like informing me that the Thursday night meeting of the Rotarians in Duluth has been cancelled, Samantha who?

Good, now I don’t have to hear her inane monologs during Big Bang reruns

All this time, hearing her name, I thought It was some guy with a pet bug.

Like Chelsea Handler another “feckless c*nt” bites the dust.

Did she ever once show her sweater puppies on Full Frontal? Could be the reason, false advertising

Never heard of it. Wouldn’t ever have watched anyway. Was it ever a thing? A show nobody cared about went 7 seasons? weird

Big deal! It can’t be too difficult to find a show to replace 6 viewers.

I’m seeing some reports that this was so ordered from the top. Discovery CEI Zazlav has had enough. Which could be interesting. There have been rumors that the long knives are soon approaching for CNN.

Unfunny, woke performers competing for the same small share of fully woke/blue anon viewers seem to be beginning a period of consolidation.

How did that crap show make it 7 seasons? I tried to watch it but putrid comedy with bad jokes is not entertaining.

I’d have to assume the left has infiltrated that station as it has others. They’re really only entertaining themselves with the schiff they put out.

Unfunny, uninteresting and profane on a network no-one watches and with ratings to prove it. The only reason I knew she had a show is that I heard about it on a podcast but had no idea who she was.
She will be the Buttegeig of TV, no-one will notice she is gone for several months

That’s a shame. I had just planned to start watching for the first time in 2023.

TBS? Wow, must suck getting cancelled from an irrelevant network…

I don’t even get it despite still buying cable.

Hey!!! I started watching TBS for the awesome classic movies and Georgia Championship Wrestling. Plus, they were the only channel showing Hawks and Braves games.

THIS,THIS haint of a HIDE deserves to be throttled by a full motion of BOTTOM feeding TRASH. That is by the lowest of the low street dewellers. AND AT that would be an INSULT TO THEM BY LOWERING THEMSELVES TO THAT LOW FOR THIS THING.